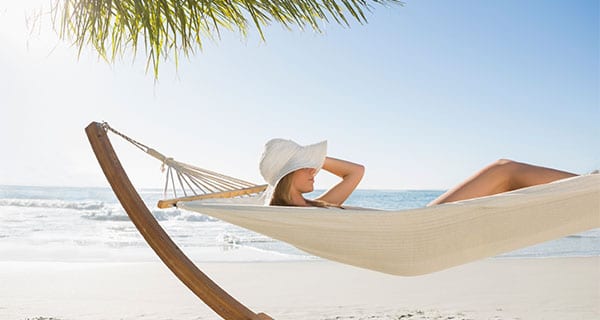 15 Jan 19 Is sunscreen the new margarine?

Current guidelines for sun exposure are unhealthy and unscientific, controversial new research suggests — and quite possibly even racist. How did we get it so wrong? [Simply fascinating read! Ed]

These are dark days for supplements. Although they are a $30-plus billion market in the US alone, vitamin A, vitamin C, vitamin E, selenium, beta-carotene, glucosamine, chondroitin, and fish oil have now flopped in study after study.

If there was one supplement that seemed sure to survive the rigorous tests, it was vitamin D.

People with low levels of vitamin D in their blood have significantly higher rates of virtually every disease and disorder you can think of: cancer, diabetes, obesity, osteoporosis, heart attack, stroke, depression, cognitive impairment, autoimmune conditions, and more.

The vitamin is required for calcium absorption and is thus essential for bone health, but as evidence mounted that lower levels of vitamin D were associated with so many diseases, health experts began suspecting that it was involved in many other biological processes as well.

And they believed that most of us weren’t getting enough of it. This made sense.

Vitamin D is a hormone manufactured by the skin with the help of sunlight. It’s difficult to obtain in sufficient quantities through diet. When our ancestors lived outdoors in tropical regions and ran around half naked, this wasn’t a problem. We produced all the vitamin D we needed from the sun.

But today most of us have indoor jobs, and when we do go outside, we’ve been taught to protect ourselves from dangerous UV rays, which can cause skin cancer. Sunscreen also blocks our skin from making vitamin D, but that’s OK, says the American Academy of Dermatology, which takes a zero-tolerance stance on sun exposure: “You need to protect your skin from the sun every day, even when it’s cloudy,” it advises on its website. Better to slather on sunblock, we’ve all been told, and compensate with vitamin D pills.

Yet vitamin D supplementation has failed spectacularly in clinical trials. Five years ago, researchers were already warning that it showed zero benefit, and the evidence has only grown stronger.

In November, one of the largest and most rigorous trials of the vitamin ever conducted — in which 25,871 participants received high doses for five years — found no impact on cancer, heart disease, or stroke.

How did we get it so wrong? How could people with low vitamin D levels clearly suffer higher rates of so many diseases and yet not be helped by supplementation?

As it turns out, a rogue band of researchers has had an explanation all along. And if they’re right, it means that once again we have been epically misled.

These rebels argue that what made the people with high vitamin D levels so healthy was not the vitamin itself. That was just a marker. Their vitamin D levels were high because they were getting plenty of exposure to the thing that was really responsible for their good health — that big orange ball shining down from above.

One of the leaders of this rebellion is a mild-mannered dermatologist at the University of Edinburgh named Richard Weller.

For years, Weller swallowed the party line about the destructive nature of the sun’s rays. “I’m not by nature a rebel,” he insists. “I was always the good boy that toed the line at school. This pathway is one which came from following the data rather than a desire to overturn apple carts.”

Weller’s doubts began around 2010, when he was researching nitric oxide, a molecule produced in the body that dilates blood vessels and lowers blood pressure. He discovered a previously unknown biological pathway by which the skin uses sunlight to make nitric oxide.

It was already well established that rates of high blood pressure, heart disease, stroke, and overall mortality all rise the farther you get from the sunny equator, and they all rise in the darker months. Weller put two and two together and had what he calls his “eureka moment”: Could exposing skin to sunlight lower blood pressure?

Sure enough, when he exposed volunteers to the equivalent of 30 minutes of summer sunlight without sunscreen, their nitric oxide levels went up and their blood pressure went down. Because of its connection to heart disease and strokes, blood pressure is the leading cause of premature death and disease in the world, and the reduction was of a magnitude large enough to prevent millions of deaths on a global level.

Wouldn’t all those rays also raise rates of skin cancer? Yes, but skin cancer kills surprisingly few people: less than three per 100,000 in the US each year. For every person who dies of skin cancer, more than 100 die from cardiovascular diseases.

People don’t realise this because several different diseases are lumped together under the term “skin cancer.” The most common by far are basal-cell carcinomas and squamous-cell carcinomas, which are almost never fatal.

In fact, says Weller, “When I diagnose a basal-cell skin cancer in a patient, the first thing I say is congratulations, because you’re walking out of my office with a longer life expectancy than when you walked in.” That’s probably because people who get carcinomas, which are strongly linked to sun exposure, tend to be healthy types that are outside getting plenty of exercise and sunlight.

Melanoma, the deadly type of skin cancer, is much rarer, accounting for only 1 to 3 percent of new skin cancers. And perplexingly, outdoor workers have half the melanoma rate of indoor workers. Tanned people have lower rates in general.

“The risk factor for melanoma appears to be intermittent sunshine and sunburn, especially when you’re young,” says Weller. “But there’s evidence that long-term sun exposure associates with less melanoma.”

These are pretty radical words in the established dermatological community. “We do know that melanoma is deadly,” says Yale’s David Leffell, one of the leading dermatologists in the country, “and we know that the vast majority of cases are due to sun exposure. So certainly people need to be cautious.”

Some of the best came from Pelle Lindqvist, a senior research fellow in obstetrics and gynecology at Sweden’s Karolinska Institute, home of the Nobel Prize in Physiology or Medicine.

Lindqvist tracked the sunbathing habits of nearly 30,000 women in Sweden over 20 years. Originally, he was studying blood clots, which he found occurred less frequently in women who spent more time in the sun — and less frequently during the summer. Lindqvist looked at diabetes next. Sure enough, the sun worshippers had much lower rates. Melanoma? True, the sun worshippers had a higher incidence of it — but they were eight times less likely to die from it.

So Lindqvist decided to look at overall mortality rates, and the results were shocking. Over the 20 years of the study, sun avoiders were twice as likely to die as sun worshippers.

There are not many daily lifestyle choices that double your risk of dying. In a 2016 study published in the Journal of Internal Medicine, Lindqvist’s team put it in perspective:

“Avoidance of sun exposure is a risk factor of a similar magnitude as smoking, in terms of life expectancy.”

The idea that slavish application of SPF 50 might be as bad for you as Marlboro 100s generated a flurry of short news items, but the idea was so weird that it didn’t break through the deadly-sun paradigm. Some doctors, in fact, found it quite dangerous.

“I don’t argue with their data,” says David Fisher, chair of the dermatology department at Massachusetts General Hospital. “But I do disagree with the implications.”

The risks of skin cancer, he believes, far outweigh the benefits of sun exposure. “Somebody might take these conclusions to mean that the skin-cancer risk is worth it to lower all-cause mortality or to get a benefit in blood pressure,” he says. “I strongly disagree with that.”

It is not worth it, he says, unless all other options for lowering blood pressure are exhausted. Instead he recommends vitamin D pills and hypertension drugs as safer approaches.

Weller’s largest study yet is due to be published later in 2019. For three years, his team tracked the blood pressure of 340,000 people in 2,000 spots around the US, adjusting for variables such as age and skin type. The results clearly showed that the reason people in sunnier climes have lower blood pressure is as simple as light hitting skin.

When I spoke with Weller, I made the mistake of characterising this notion as counterintuitive.

“It’s entirely intuitive,” he responded. “Homo sapiens have been around for 200,000 years. Until the industrial revolution, we lived outside. How did we get through the Neolithic Era without sunscreen? Actually, perfectly well. What’s counterintuitive is that dermatologists run around saying, ‘Don’t go outside, you might die.’”

When you spend much of your day treating patients with terrible melanomas, it’s natural to focus on preventing them, but you need to keep the big picture in mind. Orthopedic surgeons, after all, don’t advise their patients to avoid exercise in order to reduce the risk of knee injuries.

Vitamin D now looks like the tip of the solar iceberg. Sunlight triggers the release of a number of other important compounds in the body, not only nitric oxide but also serotonin and endorphins. It reduces the risk of prostate, breast, colorectal, and pancreatic cancers. It improves circadian rhythms. It reduces inflammation and dampens autoimmune responses. It improves virtually every mental condition you can think of. And it’s free.

These seem like benefits everyone should be able to take advantage of. But not all people process sunlight the same way. And the current US sun-exposure guidelines were written for the whitest people on earth…..