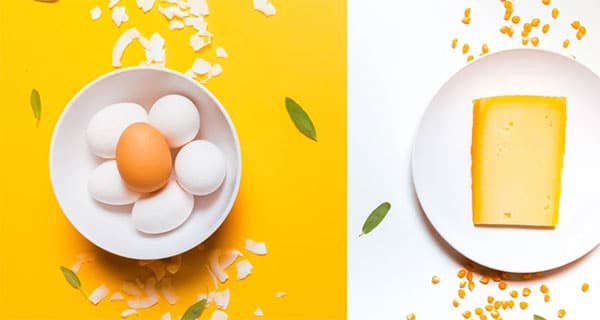 Motif Ingredients will provide innovative new plant proteins to new vegetarian companies, so they can concentrate on making food, not running a lab.

It took Impossible Foods years – and deep expertise in biotech – to develop a plant-based burger that looked and tasted like beef. Other companies, like Just, also have multimillion-dollar labs.

But a new startup now wants to make it easier for the other companies to enter the world of plant-based or cell-grown meat, dairy, and eggs.

“There’s a clear trend of consumer interest in alternate proteins and animal-free versions of fish and burgers and chicken nuggets and all of these things,” says Jason Kelly, the CEO and cofounder of Ginkgo Bioworks, the biotech company that spun out the new startup, called Motif Ingredients.

“And these companies are kind of being asked to do this impossible thing, which was like, hey, build a brand, develop a new product, and while you’re at it, why don’t you boot up a biotech R&D team to make some of these key protein ingredients that you’re going to need to actually make these things.”

The startup will work with Ginkgo to identify ingredients, including vitamins and proteins found in foods like milk or meat, and will then produce them with engineered yeasts and bacteria in a fermentation process similar to making beer.

This type of work is difficult for a startup (or even an established food giant) to do on its own.

“Proteins are very hard to formulate in food,” says Motif’s CEO, Jonathan McIntyre, who previously led R&D at Indigo, an ag-biotech company, and in divisions at PepsiCo.

Gingko’s platform uses automation and software to help it quickly sequence genomes and produce ingredients from microbes. (Other products Gingko created include a rose fragrance made by extracting rose genes, then genetically engineering yeast to make a scent that smells exactly like an actual rose.)

The company will work on solving challenges such as replicating the taste, texture, and nutrition of animal-based products.

If a particular plant protein isn’t a “complete” protein, meaning that it doesn’t provide all of the amino acids needed in the human diet, Motif can make a complementary protein, for example, to make the final product healthier….