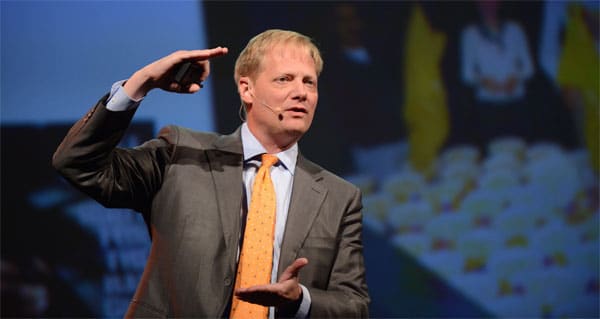 Brian Wansink won fame, funding, and influence for his science-backed advice on healthy eating. This article show how the renowned, but now under fire, Cornell professor and his colleagues have hacked and massaged low-quality data into headline-grabbing studies….

In the summer of 2013, Özge Siğirci, a young scientist in Turkey, had not yet arrived at Cornell University for her new research stint. But she already had an assignment from her future boss, Brian Wansink: Find something interesting about all-you-can-eat buffets.

As the head of Cornell’s prestigious food psychology research unit, the Food and Brand Lab, Wansink was a social science star. His dozens of studies about why and how we eat received mainstream attention everywhere from O, the Oprah Magazine to the Today show to the New York Times.

At the heart of his work was an accessible, inspiring message: Weight loss is possible for anyone willing to make a few small changes to their environment, without need for strict diets or intense exercise.

When Siğirci started working with him, she was assigned to analyze a dataset from an experiment that had been carried out at an Italian restaurant. Some customers paid $8 for the buffet, others half price. Afterward, they all filled out a questionnaire about who they were and how they felt about what they’d eaten.

Somewhere in those survey results, the professor was convinced, there had to be a meaningful relationship between the discount and the diners. But he wasn’t satisfied by Siğirci’s initial review of the data.

“I don’t think I’ve ever done an interesting study where the data ‘came out’ the first time I looked at it,” he told her over email.

More than three years later, Wansink would publicly praise Siğirci for being “the grad student who never said ‘no.’” The unpaid visiting scholar from Turkey was dogged, Wansink wrote on his blog in November 2016.

Initially given a “failed study” with “null results,” Siğirci analyzed the data over and over until she began “discovering solutions that held up,” he wrote. Her tenacity ultimately turned the buffet experiment into four published studies about pizza eating, all cowritten with Wansink and widely covered in the press.

But that’s not how science is supposed to work. Ideally, statisticians say, researchers should set out to prove a specific hypothesis before a study begins. Wansink, in contrast, was retroactively creating hypotheses to fit data patterns that emerged after an experiment was over.

Wansink couldn’t have known that his blog post would ignite a firestorm of criticism that now threatens the future of his three-decade career.

Over the last 14 months, critics the world over have pored through more than 50 of his old studies and compiled “the Wansink Dossier,” a list of errors and inconsistencies that suggests he aggressively manipulated data.

Cornell, after initially clearing him of misconduct, has opened an investigation. And he’s had five papers retracted and 14 corrected, the latest just this month.

Now, interviews with a former lab member and a trove of previously undisclosed emails show that, year after year, Wansink and his collaborators at the Cornell Food and Brand Lab have turned shoddy data into headline-friendly eating lessons that they could feed to the masses.

In correspondence between 2008 and 2016, the renowned Cornell scientist and his team discussed and even joked about exhaustively mining datasets for impressive-looking results.

They strategised how to publish subpar studies, sometimes targeting journals with low standards. And they often framed their findings in the hopes of stirring up media coverage to, as Wansink once put it, “go virally big time.”

The correspondence shows, for example, how Wansink coached Siğirci to knead the pizza data.

Then she should dig for statistical relationships between those groups and the rest of the data: “# pieces of pizza, # trips, fill level of plate, did they get dessert, did they order a drink, and so on…”

“This is really important to try and find as many things here as possible before you come,” Wansink wrote to Siğirci. Doing so would not only help her impress the lab, he said, but “it would be the highest likelihood of you getting something publishable out of your visit.”

He concluded on an encouraging note: “Work hard, squeeze some blood out of this rock, and we’ll see you soon.”

Siğirci was game. “I will try to dig out the data in the way you described.”

All four of the pizza papers were eventually retracted or corrected. But the newly uncovered emails — obtained through records requests to New Mexico State University, which employs Wansink’s longtime collaborator Collin Payne — reveal two published studies that were based on shoddy data and have so far received no public scrutiny.

“I stand by and am immensely proud of the work done here at the Lab,” he told BuzzFeed News by email, in response to a detailed list of allegations made in this story. “The Food and Brand Lab does not use ‘low-quality data’, nor does it seek to publish ‘subpar studies’.”

He pointed out that an independent lab confirmed the basic findings of the pizza papers. “That is, even where there has been unintentional error, the conclusions and impacts of the studies have not changed,” he wrote.

Siğirci and Payne did not respond to requests to comment for this story.

Wansink’s practices are part of a troubling pattern of strategic data-crunching across the entire field of social science. Even so, several independent statisticians and psychology researchers are appalled at the extent of Wansink’s data manipulation.

“I am sorry to say that it is difficult to read these emails and avoid a conclusion of research misconduct,” Brian Nosek, a psychologist at the University of Virginia, told BuzzFeed News. As executive director of the Center for Open Science, Nosek is one of his field’s most outspoken reformers and spearheaded a massive project to try to reproduce prominent discoveries.

Based on the emails, Nosek said, “this is not science, it is storytelling.”….