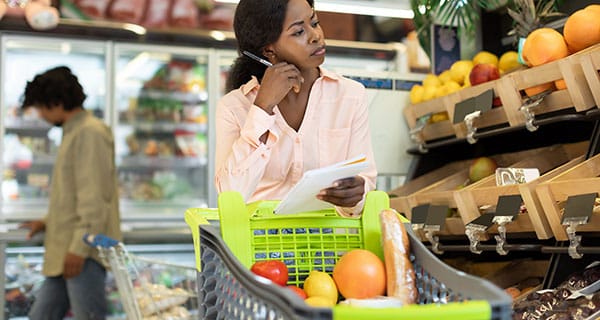 The stranglehold of the current 13-year inflation high on consumer purchase patterns is clearly shown in the newly released NielsenIQ South Africa State of the Retail Nation report – it shows that twelve out of the Top 40 grocery products are showing double-digit inflation.

Cooking oil which experienced the highest product inflation (38%) in the ‘latest month’ (4 weeks ending 1 June 2022) saw a correlating decrease in the number of units sold for the first time since the onset of the war in Ukraine.

(NOTE: NielsenIQ monthly inflation is based on the difference between Rand value sales growth vs unit sales growth ie how much more consumers are spending in terms of rands paid per pack than they were the month before.)

These insights stem from NielsenIQ’s Market Track, the largest retail (grocery) data source in the country and the only currency used by all South Africa’s major retailers.

A tipping point of affordability

Analysing the data NielsenIQ South Africa MD Ged Nooy says; “Consumers have reached a tipping point of affordability in the face of the higher prices they currently confront. There is also clear evidence that consumers are becoming far more circumspect about what constitutes a ‘must have’ in their shopping baskets with fresh milk, vienna sausages, breakfast cereals, margarine, cheese, soaps, skin care and deodorant all on the chopping block.”

Interestingly, one of the products that have experienced a positive impact of consumers forgoing other staples is bread, which despite its 10% inflation figure for the latest month, saw unit sales increase by 17%.

Surprisingly, this is in contrast to another staple – maize meal – which also experienced price inflation but this resulted in a 2.3% decline in pack sales and fresh milk which saw a 9% decrease in units sold.

The consumers behind the data

These key NielsenIQ panel data points are complemented by the findings of the NielsenIQ Mid-Year Consumer Outlook Update – Enduring Inflationary Times study which surveyed consumers in 17 countries including South Africa.

The study found that 85% of South Africans say they are “consciously watching what they spend compared to a year ago”, versus the 76% who said so in December 2021. It’s therefore no surprise that the proportion of consumers who recognize that their weekly shop has increased “versus six months ago” has increased from 70% to 80%

To cope with these pressures, consumers are scaling back, with the top action being “cooking at home”. This is followed by spending less on discretionary items such as clothes and grooming and having fewer takeaways/dining out and socialising.

Nooy comments; “As South Africans face a tsunami of utility and groceries price hikes our research also shows that consumers are also spending less on discretionary items such as home delivered meal kits, pre-prepared instant meals and snacks or luxury or new products.”

The study also showed that more than half of those surveyed said they choose the best-priced product. South Africa’s long-held ranking as one of the most price sensitive nations in the world also holds firm with half of South Africans buying whatever brand is on promotion, while 44% have gone as far as stopping buying certain products to reduce the cost of their shopping basket.

Nooy comments; “The current wallet squeeze means shoppers are on the lookout for authentic, known and trusted products that represent ‘security of purchase’ in terms of providing everything they need at the lowest price possible.

“This is no time for radical, knee jerk reactions or hurried product executions but rather a measured, data driven response that offers consumers consistency, certainty and value amidst the current price crisis.”