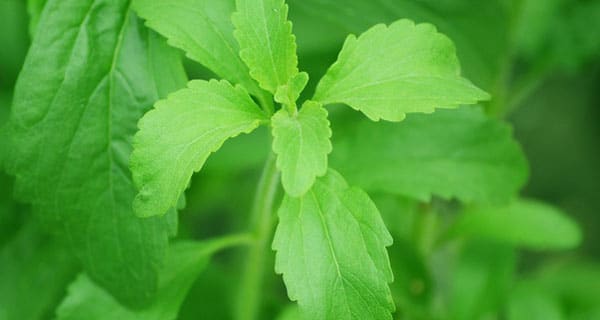 18 Jan 18 HEYLO there! A new stevia-based sweetener is coming to market

A patented sweetener called HEYLO​​ is being touted as a breakthrough product that could finally replace traditional sugar, according to Food Navigator. The sweetener is made from water-extracted stevia and acacia fibre, also known as acacia gum or gum arabic.

HEYLO was developed and patented by Israeli entrepreneur, Yuval Maymon at Unavoo Food Technologies. The company used a “precision blending technique” to create a clean taste and functionality that it claims can’t be matched by other sugar alternatives.

HEYLO is water soluble and 10 to 15 times sweeter than sugar.

Jeremy Cage, HEYLO’s chief marketing officer and a former PepsiCo executive, told FoodNavigator his team has partnered with food industry veterans to commercialise the product in the US and other markets. The HEYLO team has also made a deal with Royal Ingredients, the US subsidiary of sugar distributor ED&F Man, which will distribute the product.

HEYLO’s developers and marketers hope to grab a share of the estimated $16-billion to $20-billion sugar-alternative market, but they face plenty of competition. The new product will have to deliver in order to dethrone pure stevia, which is riding high in the market right now.

As of August 2017, stevia was an ingredient in more than a quarter (27%) of new products launched using high-intensity sweeteners in the past year, according to Mintel.

Stevia use is increasing in all sorts of products because of its high-intensity sweetness and easy sourcing. Manufacturers such as Pyure and Apura Ingredients, a supplier of various sweetener options, have been quick to bring different stevia-based products to market as sugar falls out of favour with the consumer.

This fear of sugar is pushing food companies, both large and small, to use stevia as a fill-in to reduce sugar content in their products without compromising on taste or mouthfeel.

PepsiCo, Coca-Cola, DanoneWave, Kraft Heinz, Nestle, Unilever and other legacy brands have helped move the ingredient from niche to mainstream.

Coca-Cola will debut a stevia-sweetened soda that not only has no sugar and zero calories but lacks the aftertaste prevalent in many products containing the ingredient. The new product is being introduced in a small market outside of the US in the first half of this year.

Two of stevia’s assets are that it’s naturally 30 to 40 times sweeter than sugar and has zero calories. This natural potency means a little goes a long way, so brands can use far less of the ingredient.

Stevia also is relatively easy to grow and can be cultivated nearly anywhere. And, unlike previously popular artificial sweeteners like aspartame, stevia is 100% natural, enabling it to meet consumer demand for clean labels.

All of these attributes have vaulted pure stevia ahead of calorific competitors such as monk fruit, agave and honey.

But HEYLO does have an advantage — it comes in different varieties. The product will be manufactured as an organic brown sugar alternative, a natural white sugar alternative and as a liquid.

Cage said that stevia typically has bulking agents — erythritol, maltodextrin and dextrose, and sugar alcohols such as maltitol and sorbitol — added to it so can replace sugar in any applications that need bulk or body.

These carriers make up 80% to 90% of the product and can have negative impacts on digestion and taste. But the acacia fibre in HEYLO blocks any off-notes for a cleaner taste, he said.

At first blush, HEYLO seems to have a promising future, but it’s still in its infancy and needs to follow through on various promises such as clean taste.

It also needs to be cost-effective and compatible with the ingredients list in many food products. If it changes the texture or costs too much, that could send HEYLO to the graveyard littered with promising sweetener alternatives.

It’s hard to tell whether consumers will welcome a new sweetener into their lives, or whether they’ll continue to look for more natural, authentic-sounding ingredients.

One thing is certain: Demand for natural sweetener solutions is a mainstream one, not a niche interest, and there’s money to be made for the winner.