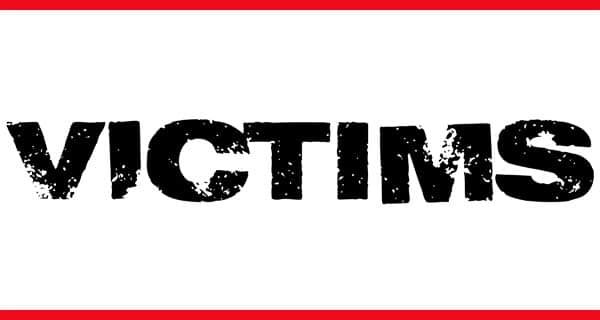 08 Mar 18 Hearing from the listeriosis victims

As the listeriosis story has moved up the ladder from low rung to hysteria, there has been little heard from those most affected – the victims and their families. Consumer journalist, Wendy Knowler put this to rights this week, giving a slice of the human pain in this tragedy, with an interview of two families…

Based on everything we’ve been told about listeriosis‚ Glenda Warmback had very little chance of contracting it.

The 61-year-old grandmother was the healthiest she’d been in years‚ according to her husband Keith.

She had no immune system challenges and she never ate any of the foods that have been linked to what has been confirmed as the source of the world’s biggest listeriosis outbreak – polony and other ready-to-eat “cold meats”.

Yet on December 22 she got what she assumed was a “tummy bug” and by Christmas morning she was dead. Hospital blood tests revealed that she’d had acute listeriosis.

“You can imagine the emotional roller coaster we were on‚” Warmback says.

“It was supposed to be a time of great joy for the family – Glenda had just met our year-old granddaughter‚ visiting from the US for the first time‚ and we were looking forward to a wonderful Christmas together.

“Instead we were plunged into catastrophic grief and bewilderment.”

The family suspect the culprit was a meal Warmback ate at a national chain shortly before she fell ill‚ but as listeriosis symptoms can manifest any time between three and 70 days after eating contaminated food‚ the list of possible sources is long and they may never know for sure.

What they do know is the disease claimed their beloved wife‚ mother and grandmother with terrifying speed. On December 23 she was vomiting violently‚ with bad diarrhoea‚ yet she wasn’t keen to go to hospital. But when she woke up in the early hours of the following morning – Christmas Eve – she collapsed when trying to get out of bed.

“I picked her up and rushed her to hospital‚” Warmback says. “By the time we got there‚ she didn’t know where she was.”

Her lungs collapsed‚ a doctor was unable to intubate her‚ and the hospital’s ICU staff eventually rushed across and took over‚ but it was too late – she slipped away in the early hours of Christmas morning.

“Initially we couldn’t believe that someone could die from what appeared to be a tummy bug‚” says Warmback‚ who is pursuing a claim of negligence against the hospital.

Eileen Drever’s listeriosis ordeal began three days after Glenda Warmback died‚ at a retirement village in Queensburgh‚ KwaZulu-Natal‚ where she has lived for three years.

The 75-year-old widow had a hip replacement operation about six months ago and had a few setbacks afterwards‚ says her sister Rose Andrew‚ who lives in the same retirement village with her husband.

“But she was doing okay‚ still living in her own flat and driving.”

All that changed on December 28.

“I was visiting an ill relative and Eileen was trying to WhatsApp me‚ but she seemed to be confused. I rushed back to the village to find her sitting in her flat‚ the door wide open‚ which was unusual. She tried to talk to me‚ but she couldn’t.”

Andrew rushed her to Westville Hospital‚ where a doctor initially thought she’d suffered a “mini stroke” but a brain scan revealed that she hadn’t.

Then she lost the ability to walk and had a succession of seizures and a lumbar puncture confirmed she had listeriosis.

Like Warmback‚ she’s not fond of polony‚ but she does regularly eat ham‚ and other cold meats. Drever spent 21 days in the hospital’s ICU‚ followed by another two weeks in a general ward‚ having physiotherapy twice a day.

From there she was transferred to a rehabilitation hospital‚ where she stayed for a month‚ and now‚ finally‚ she is back in the retirement village – but not in her flat‚ in frail care.

She is too weak to walk‚ so she is confined to a wheelchair‚ and needs help with all her daily tasks. And she has no recollection of falling ill or being taken to hospital.

“All I remember is waking up in a hospital bed about two weeks later‚” she says.

“The listeriosis has left me very shaky and I’ve had several falls. I have no balance at all anymore. I really want to get back to my flat‚ but I don’t know when that’s going to happen. And I’ve had to give up my car.

“If this hadn’t happened to me‚ I don’t think I would have taken any notice of the listeriosis story at all.”

*Listeriosis symptoms are flu-like at first – fever‚ muscle aches‚ diarrhoea – and when the bacterium gets into the nervous system‚ they become meningitis-like‚ including severe headache‚ sore neck‚ convulsions‚ confusion and loss of balance.

*A total of 948 cases of listeriosis have been confirmed since January 2017‚ with 180 of those having died‚ about 40% of them babies less than four weeks old.

The death rate for listeriosis is usually around one in four. Most cases in this outbreak have been reported from Gauteng (59%) followed by the Western Cape (12%) and KwaZulu-Natal (7%); 65% of them in state hospitals and 35% in private hospitals.