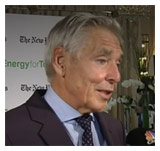 13 Nov 16 Health-focused Nestlé will always be home to KitKat: chairman

Nestlé chairman Peter Brabeck-Letmathe is confident that he will leave the world’s largest food and beverage company next year with it well on track to become the global leader in health and fitness.

The 71-year old Austrian is bidding farewell after 48 years at Nestlé, more than a decade of which he spent as chief executive.

During that tenure, Brabeck-Letmathe helped oversee a strategic shift from a food and beverage giant toward a greater focus on nutrition, something he considers a highlight of his legacy.

Speaking to CNBC in an exclusive interview in Paris, Brabeck-Letmathe said he expected the company to keep up its acquisitive appetite in health and nutrition years after his departure.

Brabeck-Letmathe warned, however, that most takeover targets in the sector are early stage start-ups, indicating Nestlé will need a much longer lead-time than what is typical in the food business – of around five to six years, he forecast.

He also predicted more divestments in food and business to take place as part of the broad portfolio shift.

But keep your hands off his KitKat!

Despite heightened efforts to reduce sugar in some of its iconic sweets, some brands will always be sacred at Nestlé’s Vevey headquarters, according to the company veteran.

Brabeck-Letmathe shrugged off concerns about a health and nutrition-focused Nestlé retaining sugar-laden labels such as KitKat, Nesquik and Smarties.

“The KitKat is a perfect example. There is nothing wrong with a nice KitKat. Now should we have products with 60 percent sugar and palm oil? No we should get rid of it. Those products have nothing to do with a nutrition and wellness company and we’re eliminating those products one after another,” he said.

Brabeck-Letmathe sounded like a personal trainer putting Nestlé’s less-healthy products on a diet: Shape up or ship out.

“Our priority is to adapt them, reformulate them by taking out sugar, salt and sodium, make them nutritionally good. If we can’t do that, we should get rid of them. But KitKat will stay with us for many, many years,” he told CNBC.

Brabeck-Letmathe also revealed that his sweet tooth stretched to many corners of the Nestlé empire when asked about his biggest regret: “When I started with Nestlé I was an ice cream salesman. We weren’t able on our own to make ice cream a more successful segment. This is one of my emotional regrets.”