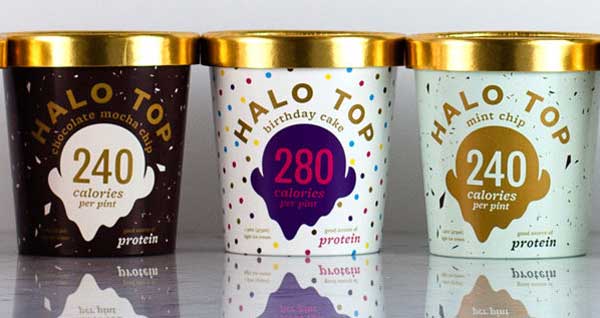 To determine TIME’s annual list of Best Inventions, it considers hundreds of inventions from around the world. It  then names 25 unranked inventions that make annual cut, and there are some food-drink items among them for the 2017 list.

It sounds almost too good to be true: a flavour-packed, low-sugar ice cream with no more than 360 calories— per pint.

But such is the promise of Halo Top (above), whose containers invite patrons to “go ahead, eat the whole pint” in one sitting and whose product the company’s CEO, Justin Woolverton, routinely calls “healthy”.

On the latter point, there has been some debate. Halo Top, which is also enriched with protein, maintains its low calorie count using the zero-calorie sweetener stevia, along with cane sugar and alcohol.

While those ingredients are fine to consume, they’re not exactly paragons of nutrition. Then again, Halo Top’s goal isn’t to replace fruits and veggies; it’s to give diet-conscious consumers “an option to eat ice cream again,” says Woolverton.

To that end, Halo Top (which retails for about $5 per pint or ZAR71/500ml) is succeeding in spades. Its annual sales soared roughly 2,500% last year, and it recently beat out Häagen-Dazs and Ben & Jerry’s to become the best-selling pint in America. 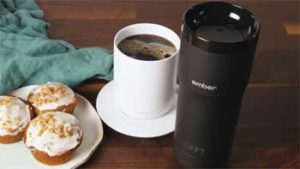 Anyone who’s ever sipped coffee knows how temperature can affect taste: if it’s too hot, it’ll scald your mouth; too cold and it’s barely worth drinking.

By one estimate, you have only about 37 seconds to enjoy the brew at an ideal level of warmth.

“That didn’t make any logical sense to me,” says Clay Alexander, CEO and founder of Los Angeles–based Ember Technologies.

So he invented a solution: the stainless-steel Ember mug. Reinforced in white ceramic coating, it keeps coffee or tea at a precise temperature—anywhere from 120°F to 145°F (49C to 63C), set through an app—for about an hour on its own and for an unlimited amount of time on its charging saucer.

It’s the second in Ember’s series of smart drinking devices, following a temperature-control tumbler last year. And it may be poised to become a desktop staple: the mug launched on Nov 9 and is already being sold in 4,600 US Starbucks stores. 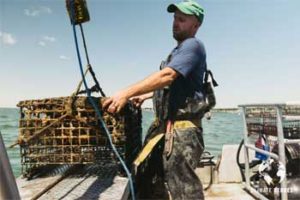 The future of farming is growing oysters, mussels, clams and seaweed on ropes anchored to the ocean floor.

The concept isn’t as wild as it may seem. As land farming becomes increasingly problematic—it accounts for a growing portion of the planet’s greenhouse­-gas emissions—and oceans get overfished, humans will need to develop alternative food sources.

Of course, getting Westerners to centre their diet on mollusks and seaweed is a stretch. Still, GreenWave sees potential: the group has helped fishermen establish 14 farms along the coast of New England since 2013, and now has plans to expand in California, the Pacific Northwest and Europe.