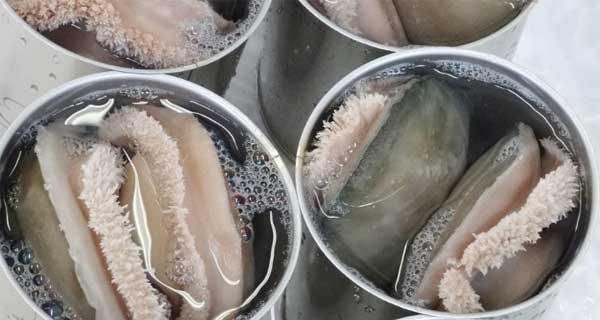 Demand for the pricey, land-farmed sea snail continues to exceed supply, sparking growth and creating sought-after jobs. Red tides and poaching seem to be the only things hurting profits.

IN A WORLD in which more than half the fish consumed is farmed, SA is poorly represented in all but one area: abalone.

“It is the only aquaculture industry in SA of substance and it is growing strongly,” says Peter Britz, a Rhodes University professor in ichthyology and key figure in the industry’s creation about 25 years ago. 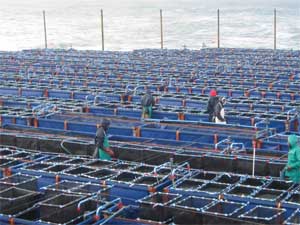 The SA industry has come a long way and today ranks as the world’s third largest.

Its 12 farms — all land-based — have an annual capacity of about 1,400t, with new developments set to boost this to 2,000t by 2020, says Tim Hedges, MD of Hermanus-based Abagold (left), one of the industry’s biggest players.

It’s a lot of abalone, but you’d be hard-pressed to find it in local restaurant.

“It is just too expensive for the SA market,” says Bertus van Oordt, a director of the 170t/year HIK Abalone Farm in Hermanus. “We only export.”

Abalone prices are scary. At the farm gate the average is about $30/kg, but this varies between fresh, canned and dried abalone (the most costly of all). For canned abalone a consumer would pay about R400 for 213g, says Hedges.

But consumers in the East are not put off by price. “We are seeing strong growth in demand,” says Hedges. “The industry’s expansion will be readily absorbed.”

It’s a view shared by one of the food industry’s most astute players, AVI. Its I&J division has operated an abalone farm at Danger Point, near Gansbaai, for 25 years.

“We have just completed a project to take annual capacity from 300t to 500t and are heading for 600t,” says AVI CEO Simon Crutchley. “We are looking to eventually go to 1,600t.”

Abalone is a solid money-spinner for AVI, having contributed a profit of R71m — almost 16% of I&J’s total profit — in the year to June. Crutchley says that at 600t, abalone profit will be more than R100m.

Abagold has also just completed an expansion, which lifted its annual capacity by 260t to 600t.

It was a costly project. “Our capex was R160m and we needed another R80m for working capital,” says Hedges.

Lead times are long in the industry. It takes 36-45 months for the costly sea snail to grow from an egg to a marketable size.

The process requires abalone to be kept in tanks through which sea water is continually pumped. Abagold, says Hedges, pumps 240,000l of water a day.

It’s a power-hungry process. “Electricity is our biggest expense,” says Van Oordt. “It costs us R1m/month.”

Abalone farming is also labour intensive, with one job created for every extra ton of capacity, according to Hedges. They are highly sought-after jobs. “They are quality jobs requiring well-trained people,” says Britz. “They are all permanent and wages are at least double the average in the agricultural sector. You will find very happy people working at abalone farms.”

However, abalone farming is not without risks. One of the biggest of these is red tide, which is deadly to all sea creatures. Red tide struck in January.

“Red tides are common but usually last only a few days,” says Van Oordt. “This one lasted 45 days and was the worst since 1998.”

It has taken a heavy toll on the output of abalone farms in the Hermanus area. “We lost 50t,” says Van Oordt.

Abagold fared better, losing 22t. But this was still enough to send its net profit of R60m in 2016 slumping to a R33m loss in the year to June.

“We will bounce back and be at full capacity a year from now,” says Hedges.

Proactively, Abagold is acting to reduce business risk. “We have formed a joint venture with an Omani company, Muscat Overseas, to establish a farm in Oman that will have the capacity to produce 500t/year of abalone by 2021,” says Hedges.

“About 2,000t of abalone worth R1.5bn is poached annually,” says Britz. “It is smuggled out through countries such as Lesotho and is closely linked to other illegal activities such as drugs and prostitution.”

Poaching means the legal industry must ensure it meets the highest ethical standards. “We are certainly achieving that,” says Hedges.