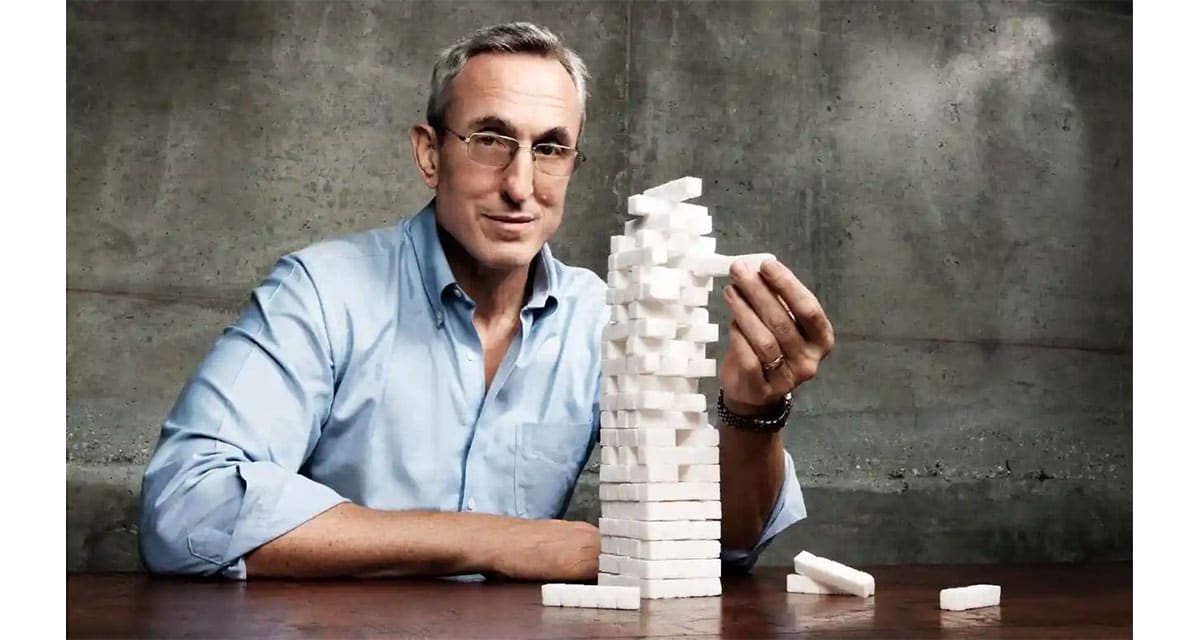 The author of the new book, The Case for Keto, argues that conventional approaches to tackling obesity and diabetes aren’t working, and that low-carbohydrate diets could be the way forward.

Over the past two decades, the UK’s rates (and the world’s) of obesity and type 2 diabetes have spiralled, something that has invariably been blamed on our intake of saturated fat. Conventional nutrition science argues this leads to elevated cholesterol levels and a greater risk of heart disease, but journalist Gary Taubes believes we need to rethink this idea.

Over the past 20 years, Taubes has advocated that fat has been unfairly demonised, and instead our excessive carbohydrate and sugar consumption is to blame for many of these societal health problems, a concept that has begun to interest increasing numbers of scientists.

In his new book, The Case for Keto, Taubes discusses the potential benefits of the ketogenic diet, a low-carbohydrate, high-fat diet that is being studied as a potential treatment for a range of diseases, from obesity and diabetes, to even cancer and Alzheimer’s. He’s interviewed here by The Guardian…

You’ve long been one of the biggest advocates for the benefits of low-carbohydrate, high-fat diets. How did this all begin?
I did an investigative piece for the journal Science back in 2001 on dietary fat and heart disease. I interviewed around 140 researchers and administrators, and I concluded that there was never really compelling evidence for this low-fat diet we’d all been told to eat since the mid-1980s.

When writing the story, I had a National Institute of Health administrator say to me: “When we told everyone to go on low-fat diets, we thought if nothing else they’d lose weight, because fat is the densest calorie in the diet. And instead they started eating more carbohydrates and everyone got fatter.”

So I always had it my head that one of the main things that caused the obesity epidemic was this switch to a low-fat, high-carbohydrate diet.

In the book you point out that in 20 years, obesity and type 2 diabetes rates have doubled in the UK. Why do you think this has happened?
We have this fundamental belief system about obesity, that it’s caused by caloric imbalance or overeating. So the idea is that we’re taking in more calories than we’re expending, and so the cure is to eat less, and reduce our calorie intake.

I think that’s biologically naive, and rather than being about calories, obesity is actually a hormonal regulatory defect. The conventional approaches don’t work because while we can sustain eating less for a while, eventually the hunger gets us because we’re semi-starving ourselves.

So, wrong approach – and when it fails, we blame the patients for not sustaining it.

The ketogenic diet is a widely accepted dietary treatment for epilepsy, but in your book you go further, describing it as a potential solution to the obesity epidemic and type 2 diabetes. What is the thinking for why a ketogenic diet can help in these cases?
What I argue in the book is that obesity is not a caloric imbalance problem, it’s a hormonal regulation problem. Fat accumulation is primarily regulated by the hormone insulin, and the idea is that for those who are obese, diabetic, or predisposed, they have to minimise their insulin levels to solve the problem.

By restricting carbohydrate, the ketogenic diet minimises insulin, and so instead of accumulating fat, your body starts mobilising it, and synthesising ketones out of it to use as fuel.

At the moment there are 262 clinical trials running, looking at ketogenic diets for everything from Alzheimer’s disease to traumatic brain injury. If more of these studies start showing benefit, I think it will shift people’s thinking.

While there is some evidence that restricting carbohydrate intake can help obese patients, and those with type 2 diabetes, many doctors and nutrition experts feel that it remains relatively limited. What do we know so far?
The most impressive research has been done by a Californian startup called Virta Health. They did a clinical trial at Indiana University where subjects either received conventional nutritional advice and medications, or a well formulated ketogenic diet.

Over two years, the patients on the diet had remarkable results, effectively putting their diabetes in remission. The argument against this is that it wasn’t a randomised clinical trial, which would compare the ketogenic diet to other dietary therapies.

But studies like this are causing a shift in the medical community, and people are embracing the idea that carbohydrates are fattening.