The New Plastics Economy (NPE) is an ambitious, three-year global initiative to build momentum towards a sustainable plastics system, starting with packaging. Part of the exercise has been a competition, with valuable prizes, the Circular Design Challenge. The winners and finalists have come up with some hugely innovative concepts.

Why a plastics rethink?

Says the NPE: “Love them or hate them, plastics are everywhere around us. In fact, demand for them is expected to double in the next 20 years. Yet our plastics system is broken. Only 14% is recycled, resulting in a loss of $80-120-billion per year to the global economy.

“Most plastic items are used only once before being discarded, often ending up polluting the environment. If nothing changes, there could be more plastic than fish in the ocean by 2050.

“So, how do we fix this? If we want to free our ocean from plastics, we have to do more than just cleaning up. We have to fundamentally rethink the way we make, use and re-use plastics so that they don’t become waste in the first place.

“To do this, we need better materials, clever product designs and new, circular business models. That’s why we launched the $2m New Plastics Economy Innovation Prize in May this year.”

The Circular Design Challenge is the first part of the New Plastics Economy Innovation Prize; and six winners have been announced, as follows below. The winners of the second part, the Circular Materials Challenge, will be announced at the World Economic Forum annual meeting in Davos in January 2018. 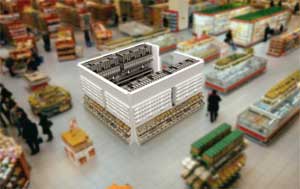 MIWA, from the Czech Republic, introduces an app that lets shoppers order the exact quantities of the groceries they need, which are then delivered in reusable packaging from the producer to their closest store or to their home. 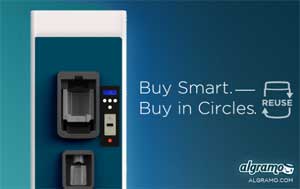 Algramo, a Chilean social enterprise, offers products in small quantities in reusable containers across a network of 1,200 local convenience stores in Chile. 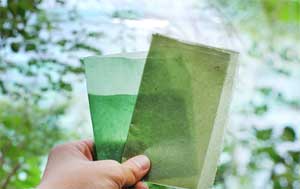 Evoware, an Indonesian startup, designs food wrappings and sachets (containing, for example, instant coffee or flavouring for noodles) made out of a seaweed-based material that can be dissolved and eaten. 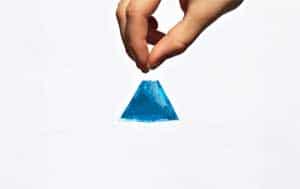 Delta, from the United Kingdom, offers a compact technology that allows restaurants to make and serve sauces in edible and compostable sachets. 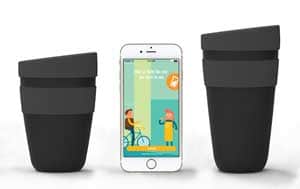 CupClub, based in the United Kingdom, introduces a reusable cup subscription service, in which reusable cups can be dropped off at any participating store. 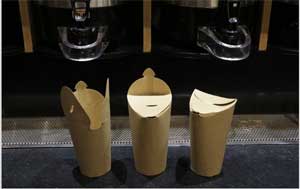 TrioCup from the United States offers a disposable paper cup made with an origami-like technique that removes the need for a plastic lid. The team has chosen a 100% compostable material and is working on an alternative that is also 100% recyclable.

In this category, it has awarded innovative, community driven and diverse ideas developed for a wide range of contexts.

While being able to present a compelling case, the most of the ideas are in an early stage and still have significant ground to cover before larger scale prototyping or piloting.

Despite being so diverse, the 10 winning ideas have one thing in common: They are creative, audacious and often simple solutions to common challenges arising from using small, often unrecyclable packaging. The 10 winners were awarded $10,000 to support continued explorative innovation.

They will also join the top winners in selected activities of the 12-month New Plastics Economy Accelerator Program during 2018.

The New Plastics Economy (NPE): Read more about all these brilliant winners and concepts here…..