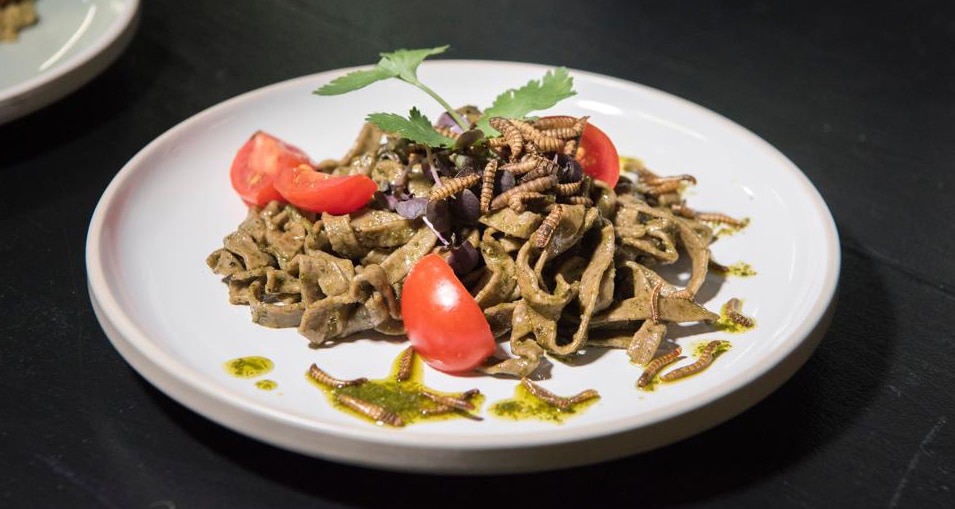 There are four big food and drink trends likely to explode next year — spurred on by the pandemic — which seem unlikely candidates at first glance, but they offer reliable, practical market solutions to an industry which has suffered under Covid-19 and is ready for a little disruption.

These are the four main things that we’ll be doing differently in 2021 in regards to what we choose to put into our bodies.

Insects are high in protein and can be farmed and produced relatively easily and more cheaply compared to meat. They form a large part of Asian diets but because bugs aren’t as readily available as they are in equatorial climates, they were never picked up in North American and European diets. Until now.

The term for eating insects is “entomophagy” and the UN thinks that eating more of them is key to establishing food security—it published a 2013 report entitled, Edible Insects.

Currently, 2.5-billion people worldwide regularly eat insects, cooked and raw, but many new startups need to get consumers over the considerable “yuck” factor that eating insects hold in North American and European peoples’ minds before they will be taken seriously.

However, that day may not be far away. At least one major supermarket now sells insect products in most European countries — Sainsbury’s in the UK, Carrefour in Spain and Kaufland, Germany’s second largest supermarket chain.

And investors are queueing up to fund the startups — for example, Exo cricket protein bars from New York, Jimini’s in France, Bugsolutely out of Bangkok, and Insnack in Berlin.

As Sifted remarked, if it sounds unlikely, twenty years ago in Europe consumers had a particular “yuck” factor around the idea of eating raw fish and now sushi is everywhere.

Other plant-based and alternative meat protein

Whether it be plant-based meat, seafood, dairy and egg alternatives or lab-grown meat or seafood, 2021 is the year this food group will explode in terms of investment and in terms of sales.

Many of these startups have a niche. Aquible, based in Wilmington, uses aqua-farming in Wilmington to produce plant-based protein; Naturinni in Manchester, England focuses on plant-based bacon; and the Better Meat Co in West Sacremento provides plant-based protein for meat manufacturers to mix into their meat products. The latter received $8.1-million in seed funding in 2020.

It used to remind people of college drinking or low quality brands but boxed wine is making an upmarket comeback. New startups (Black Box, Bandit, jenny and françois), quick to see the environmental, storage and cost advantages of putting wine in boxes, rather than glass bottles, have been working on bringing back boxed wine for a while.

But in the pandemic it is having its moment — it’s easier to store wine in boxes, the larger volumes mean people can stock more and go to the shops less, and it’s more hygienic for restaurants to use boxed wine, where bottles don’t move from table to table. The good news is that it also stores better once open, lasting four weeks longer than wine in a bottle and the quality is now much better.

It’s much more environmentally friendly; each three-litre box generates half the carbon dioxide emissions (per 750 millilitres) compared to a glass bottle and it’s cheaper to transport boxed wine — particularly important when more than 90% of US wine is produced on the west coast but consumed on the east.

Just as perfumes and aftershave used to be the must-have celebrity brand spin-off, now alcohol is the new favourite. George Clooney had his tequila brand, Ryan Reynolds his gin and several stars — such as Drew Barrymore and Cameron Diaz — have launched their own wines and champagnes.

In the past month, Kylie Minogue launched her second rosé wine, Chloe, Poppy and Cara Delevingne launched a high-end prosecco, retailing at $32, Idris Elba a champagne and Brad Pitt went one further and launched an entire rosé champagne house, with each bottle retailing at almost $300.

This will become increasingly common in 2021, with champagne houses and vineyards looking to capitalise on the popularity of big names and celebrities looking to extend their brands.