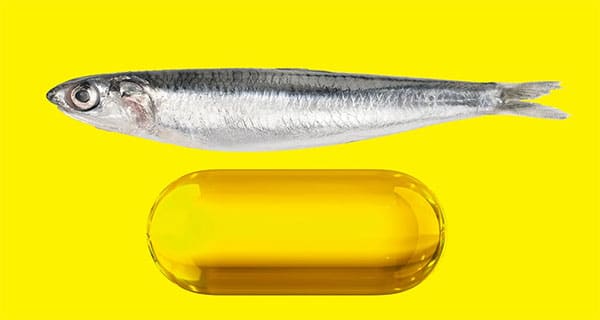 10 Aug 18 Fool’s gold: what fish oil is doing to our health and the planet

Omega-3 is one of our favourite supplements – but a huge new study has found it has little or no benefit for heart health or strokes. How did it become a $30bn business? And is this business sustainable for the planet?  [A fascinating and provocative read! Ed]

The omega-3 industry is in a twist. Again. Just recently, Cochrane, an organisation that compiles and evaluates medical research for the general public, released a meta-analysis – a study of studies – to determine whether or not omega-3 pills, one of the world’s most popular dietary supplements, reduced the risk of coronary heart disease.

I can’t say that I was particularly surprised. Over the past 15 years, more than 20 studies have shown a similar lack of effect. But what does surprise me is how we continue to look at the world of fish and seafood through the amber lens of a fish oil capsule.

Omega-3s do something in our bodies – and probably something important. But without the larger context of the marine organisms that contain them, omega-3s get lost in the noise of human metabolism and modern marketing.

The confusion arises in part from the historical baggage of fish oil and the $30bn (£23bn) industry associated with omega-3 extraction.

Once upon a time, fish oil solved a major human health problem. But it had nothing to do with coronary heart disease.

Researchers eventually pieced the puzzle together and concluded that the disease was caused by a deficiency in vitamin D, which the body naturally generates in the presence of sunlight. And, as it turned out, vitamin D is stored in high amounts within the liver of codfish.

A Norwegian pharmacist named Peter Möller seized upon this finding (and many other anecdotal stories about the curative properties of cod-liver oil). Using a patented chemical process, he arrived at a product that, he announced to the world, “didn’t taste fishy”.

Möller and his advertising team then launched a campaign to institutionalise the regular use of cod-liver oil, regardless of whether you were at risk of rickets or not.

The campaign was a success: a spoonful a day became common practice. Möller built his company into an international presence and died in 1869 with 70 cod-liver oil steam factories to his name, churning out 5,000 barrels of the stuff a year.

By the time omega-3s started to be a focus of medical research, there was already a rosy feeling around fish oil.

In the early 1970s, the chemist, Hans Olaf Bang, read in a Danish journal that there were extremely low incidences of cardiovascular disease in Inuit communities of Greenland. He and his assistant, Jørn Dyerberg, travelled to Uummannaq on the north-west coast of Greenland to investigate.

At the time of the expedition, Bang didn’t quite know what he wanted to test for. They probed and palpated 130 local people, measured height and weight, and came home with a lot of blood.

“We had these 130 precious samples of blood,” Dyerberg told me in his lab in Copenhagen recently. They estimated that in 20 years, the traditional Inuit diet would have changed to the western diet, and Dyerberg remembers Bang saying: “‘There will never be anyone who can do this again, so let’s do whatever we can!’ And we decided to do fatty acid analysis.”

The result of their analysis was a hypothesis that is an exemplary “association study”.

In an association study, multiple factors are logged and a hypothesis of correlation is drawn from the findings. In the case of the Bang and Dyerberg Inuit study, they found that:

1) Inuit people in Greenland had a diet high in omega-3 fatty acids and blood lipid levels of omega-3s much higher than their western contemporaries.

2) Inuit people also had, according to public health records, markedly lower rates of coronary heart disease. They hypothesised that therefore

3) omega-3s might reduce the risk of coronary heart disease.

This was backed up by further laboratory studies that did show, in vitro, that omega-3s were involved in anti-inflammatory reactions. But – and this is a big but – while correlations abound for omega-3s and heart disease, the real trouble has always been in showing causation.

That is where this latest round of studies comes in.

The Cochrane study and the others that preceded it have one thing in common: they are meta-analyses of “randomised control trials” (RCTs). That is, trials where patients are given a supplement at random and tracked over time against another set of patients given a placebo. Most statisticians consider these trials to be the very top of the evidence pyramid.

But it is these studies that have at times proven troublesome for Omega World. Each time RCTs come to light that show little or no effect, Omega World tends to blend its counter-argument with evidence from association studies because, as a recent industry reply to the Cochrane report put it, “it’s all connected”….

….As sympathetic as I am to the trials of Omega World, as studies continue to poke holes in aspects of the omega-3 cardiovascular argument, I can’t help thinking there is something else going on.

Because, while the fish oil supplement business is a big deal, it is also a sheen on the surface of a much deeper pond. Long before omega-3 supplements became popular, an industry arose that used the same omega-3-rich creatures not for medicine, but for an odd array of agricultural and industrial purposes.

Ultimately, it was this so-called “reduction industry” that created the oily-fish extraction system that now consumes millions of tonnes of marine wildlife every year. Today, one in every four kilograms of fish caught is reduced into oil and meal and used for agriculture, land animal husbandry and, most recently, fish farming, AKA aquaculture.

The reduction industry has appeared in different forms under different ownership over centuries of human history….