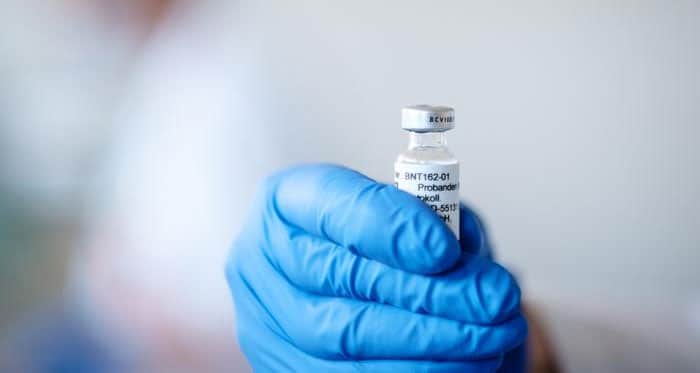 As cases of the coronavirus surge in the US, companies are racing to secure more permanent protection for their workers. Less than a week after the vaccine news from Pfizer, the food and beverage industry is not wasting any time asking to be on the priority list for whenever one is made available.

In June, the same fifteen groups sent a similar letter asking that food and agriculture workers be given the next highest priority for getting the vaccine behind healthcare workers, first responders and high-risk individuals.

Similar requests have been sent by these groups individually as well. In September, the Consumer Brands Association sent a letter to the CDC asking for the CPG industry’s roughly 1.2 million workers to be prioritised for vaccine allocation.

“Worker absenteeism remains a concern in manufacturing facilities, posing a threat to the maintenance of consistent inventories of life-sustaining products,” Betsey Booren, senior vice president of regulatory and technical affairs at CBA, wrote in the letter.

“Without early vaccinations, the CPG sector risks the absence of skilled workers due to illness and the subsequent negative impacts on the supply chain.”….

In the Nov. 11 letter, the groups said they strongly support the playbook’s prioritisation of “essential workers in critical infrastructure industries, including those responsible for ensuring the continuity of our nation’s food supply.”

During the last eight months, more than 72,000 food system workers have tested positive for coronavirus and at least 329 have died, according to the FERN. Meat processing plant employees and farm workers have been hit especially hard.

Early on in the pandemic when COVID-19 started to rapidly spread in meat plants, many temporarily closed to implement additional safety precautions. Some executives expressed concern about potential shortages.

Trump signed an executive order in April that used the Defense Production Act to label meat processing as “critical infrastructure” in order to keep plants open and supply flowing…….