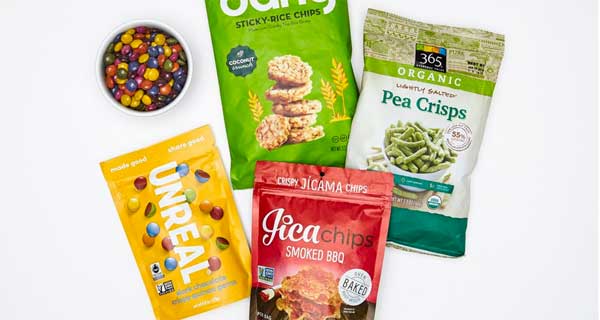 Upmarket US food retailer, Whole Foods, which was acquired by Amazon earlier this year, has put its hand to trend forecasting, with the chain’s global buyers and experts culling their data and coming up with a list of what they’re predicting to be the top food trends of 2018. They’re very American in flavour, but interesting nonetheless…

Using the word trend begets a slippery slope. The word implies newness, novelty, but many foods on this list are far from new. Take tacos, for example. Those tortilla-bound bundles are delicious, but in no way new, and reducing them to a trend forgets the histories and narratives that brought the taco to where it is today.

A little bit of context goes a long way in a discussion like this. Bearing that in mind, here are the foods Americans might see more of in Whole Foods next year.

At the top of the list sits something we’re more accustomed to ogling over than actually eating. But get ready to eat flowers. Lavender, rose and hibiscus are showing up in everything from lattes to granola to marshmallows.

And Whole Foods has called out elderflower as the MVP (Most Valuable Petal).

Powders, like maca, matcha, ground turmeric and cacao, seem to be gaining popularity. The forecasters cite their increasing relevance, as powders are being packed into smoothies, juices, soups, and even bars.

For example, RXBar, which was recently acquired by Kellogg, uses a powdered egg-white protein.

Fungi are making their escape from the produce aisle with “functional” varietals—mushrooms like reishi and chaga that are used as a wellness ingredient—and making appearances in beverages like coffees and teas. Expect them to also turn up in your body products like soaps.

Feast from the Middle East

Whole Foods predicts that 2018 will be the year Middle Eastern fare will fully hit the mainstream. And consumers will look beyond the hummus, pita and falafel the company says were “entry points” into the category.

Spices like harissa, cardamom, and za’atar, and dishes like shakshuka should start popping up more and more.

It’s no secret that the modern customer cares about transparency. Recent years have seen increasing attention paid to where our food comes from and how it’s made. However, it seems Whole Foods is looking to up the ante next year with a series of new developments that bring the consumer even closer to the process.

Consumers are demanding more information about their food than ever before and manufacturers have responded with a plethora of labels: GMO-free, responsibly grown and raised, and Fair Trade, to name just a few.

At one time plant-based proteins were just for vegans and vegetarians but this trend is all about the intersections of science and plant-based eating. Neither are particularly new, but it seems we’re at an exciting junction for the two.

But better technology is making products like plant-based burgers and nut milks and yogurts appealing to even the most enthusiastic meat and dairy eaters who want to cut back for animal welfare, environmental, or health reasons.

Tacos Come out of Their Shell

The taco craze is hitting new heights, as the culinary world redefines what it even means to be a taco. Tacos for breakfast and dessert are now the norm, and chefs are pushing the boundaries on what can be used as a wrapper and filling.

Nose-to-tail, root-to-stem—call it whatever you want but cutting back on food waste is gaining traction with consumers.

A growing group of food manufacturers are answering the call by using parts of plants or animals that were once considered trash—think pickled watermelon rinds.

Say Cheers to the Other Bubbly

It turns out the LaCroix craze was just the tip of the iceberg. Get ready for an explosion of sparkling drinks—whether that’s in the seltzer, water, or cold brew coffee category—that clock in at a much lower sugar count than soda.