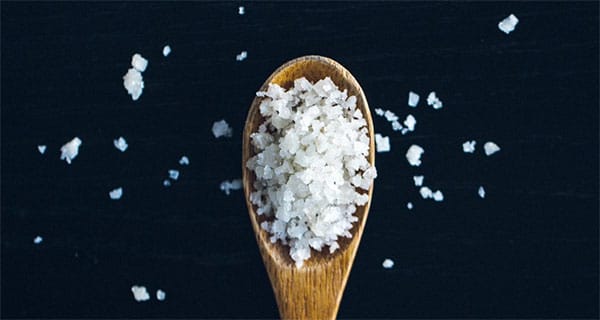 23 Aug 18 Food science? Best taken with a pinch of salt

Here’s a brilliant op-ed on why the politics of food science needs to change….

Food has rarely been under so much scientific scrutiny. The West is convulsed by an ‘obesity epidemic’ blamed on sugar and oily snacks. At the same time, much of the developing world is being robbed of its best farmland to grow cash-crops for Western consumers.

Yet one aspect that seems to be immune from criticism is the quality of expert food advice.

But don’t get me wrong. It’s not the quality of the experts that’s the big issue here, even if, to go by TV and the newspapers, you could be forgiven for thinking that celebrities, be they chefs or models, have more of a handle on the key food issues than government advisors or nutritionists — let alone philosophers.

No, the worst thing about food science, the elephant in the room, is that it’s not just the opinions that are changing — but the ‘facts’ themselves shift too.

To get to the bottom of the food question requires a less hierarchical and more holistic approach, it requires us to tease apart the strands of diet science and biochemistry, and add an ounce of economics and a dash of human psychology.

And it requires a recognition that food issues are very, very, political.

To illustrate the political nature of food policy, consider for example, ….where in the United States of the 1950s ‘dietary fat’ became a great public health issue, accused of causing an ‘epidemic’ of heart disease.

Out went butter and real cheese, in came modern, manufactured margarine and substitute foods such as soya.

Even when large-scale surveys dealt body blows to such dietary orthodoxies of the twentieth century — with research published in 2005 and 2006, convincingly demonstrating that “low fat” diets actually increased the individual’s risks of heart disease — the official advice hardly changed.

And now, in the new millennium, social democrats and liberal governments have decided that sugar has taken over as food enemy number one, considered to be the primary driver of the obesity crisis and accused not only of knocking several percentage points off global GDP but actually killing a staggering 3 million people a year.

Yet sugar is one of the most natural parts of our diet, celebrated by the Ancients as honey and inseparable from most of our favorite fruits. Its role as a source of energy is perfectly real.

All of which underlines that ‘scientific advice’ is often not so much science as a distorted misrepresentation of the facts.

Misapplication and over-reliance on ‘scientific advice’ drove food manufacturing to eliminate bacteria and germs from the daily diet, a drive that continues to target things like unpasteurised milk and cheeses — even as scientists are increasingly exploring the unexpected ways by which microscopic organisms are beneficial to human health.

Even as, today, researchers explore the many ways that our bodies rely on “good bacteria” for our basic functioning.

The most telling example of the politicisation of food safety comes from an issue that ‘science’ seems to have removed from the arena of public debate — the promotion of oil made from rapeseed for cooking.

At one time, this ubiquitous yellow flowering crop (so bright that it doesn’t even look natural), was widely considered to be a health hazard, associated with heart lesions, vitamin deficiencies and retarded growth.

It was only after millions of dollars were spent on artificially modifying the plant’s characteristics, and similarly huge sums on ‘proving’ that the new product was safe that, in 1985, the industry obtained GRAS, or ‘Generally Recognized As Safe’ status for the oil in the United States. The Europeans dragged their feet for several decades more.

Yet, today, canola oil is one of the most widely consumed food oils, second only to soybean. Today, billions of dollars hang on this product being safe. But is it?

Science has obediently provided many reports that say that it is — but the lessons of recent history is that we should take them with a big pinch of salt. (Disregarding the health advice on that compound, of course.)

For me, this anonymous cooking oil perfectly illustrates the hidden political context of power of scientific utterances intended to influence what we eat. Cooking oil is at once so ordinary and yet so highly political.

When, in 1985, the oil obtained ‘Generally Recognized As Safe’ status, it was still being called LEAR — for Low Erucic Acid Rapeseed oil — with the aim being to underline that it now contained much less erucic acid, and instead was high in omega-3s and heart-healthy monounsaturated fats.

But the erucic acid still is there in smaller quantities, and it is still (presumably) a health risk. We’re not talking about tiny trace amounts, but significant percentages of the acid.

But step back a moment, what is all this chemistry talk doing in a food debate anyway?

From the standpoint of chemistry, saturated fats are simply fat molecules that have no double bonds between carbon molecules because they are saturated with hydrogen molecules. The three main omega-3 fatty acids are alpha-linolenic acid (ALA), eicosapentaenoic acid (EPA), and docosahexaenoic acid (DHA). ‘Monounsaturated’ fats are fatty acids that have one double bond in the fatty acid chain with all of the remainder carbon atoms being single-bonded.

Clear? Not at all. Does it matter? Yes, because this kind of expert talk effectively diverts debate onto certain preset lines where the food industry and/or the politicians want it.

A literature study by Nutrition Reviews (Lin 2013) entitled “Evidence of health benefits of canola oil” found that most of the health claims advanced for the oil were at best unproven and many were downright contrived.

So, today, this anonymous cooking oil perfectly illustrates the power of scientific claims to influence what we eat.

Not merely cash but lives hang on this product being safe and we have outsourced the issue to scientists who work is directed not by a love of pure knowledge but by commercial and political priorities…..

Martin Cohen is a writer and researcher who specialises in philosophy and the social sciences. His new book, ‘I Think Therefore I Eat’, is published by Turner later this year.