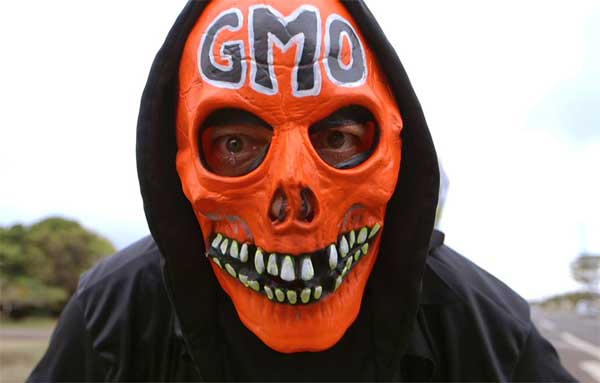 28 Sep 17 Food Evolution movie is scientifically accurate, but will it convince anyone?

At the recent SAAFoST Congress 2017, a few hundred delegates gathered to watch the first African screening of the IFT’s Food Evolution movie that unpicks the GMO debate. This Slate.com article argues that the documentary misses that the debate over GMOs isn’t about facts. It’s about values.

Several years ago, a county government in Hawaii debated a measure to ban genetically modified crops on the island. The hearings highlighted the divergent views of pro-GMO scientists and anti-biotech activists, many who assert, without credible evidence, that GMOs are linked to numerous diseases.

Those deliberations, contentious as they were, eventually became the focus of a long narrative feature by Pulitzer Prize–winning New York Times journalist Amy Harmon, titled “A Lonely Quest for Facts on Genetically Modified Crops.”

The piece revealed the fraught and bewildering  discourse around GMOs and why, even if you took the time to painstakingly verify all the claims and counter-claims (as one “lonely” councilman did), most people aren’t interested in listening or changing their minds based on the evidence.

It’s too much of a slog, and it goes against the very human tendency to accept only information that confirms pre-existing beliefs or mindsets.

The majority of council members voted for the GMO ban, an outcome, that as Harmon’s article shows, was likely preordained—and also nonsensical when considering the evidence.

For those seeking clarity on GMOs, the push to get people to accept the facts is just as lonely now as it was in 2014: The Hawaii case also serves as the dramatic centerpiece of an ambitious new documentary called Food Evolution, opening in select movie theaters this week. 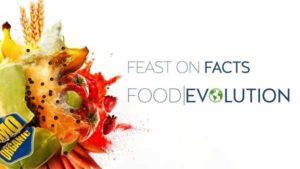 Food Evolution travels to major battlegrounds to better understand the GMO conflict, from Hawaii and New York to California and Africa. It is abundantly clear that the film, like any good documentary, is argument-driven, attempting to prove that GMOs, far from how they’ve been painted, are in fact safe.

Unfortunately, there’s no good reason to think this effort will be any more successful at correcting the popular misperceptions and stereotypes around GMOs than Harmon’s thoughtful piece (or several others since, including, for example, one in this very magazine).

The film, like any good documentary, wants to be the arbiter of a debate over evidence. In reality, it ought to have admitted that what it is facing is an ideologically charged debate that, like climate change, is increasingly immune to facts.

Food Evolution leans heavily on science and scientific authority to make its argument. Exhibit A: Neil DeGrasse Tyson is the film’s narrator. To dispel unfounded but persistent health fears of GMOs, Tyson points to the “nearly 2,000 experiments” and “foremost scientific institutions” that have affirmed the safety of genetically engineered foods. Will this change anyone’s mind?

My GMO-averse friends and fellow brownstone liberals haven’t given a lot of thought to the science that suggests GMOs are safe. They’re not going to wade through dense National Academy of Sciences reports that provide nuanced discussions on the pros and cons of genetically modified crops.

For them, the GMO debate is not about science; it is about emotions. They very much care about the food they feed their families. And they take their cues from the experts they trust on such matters, experts they judge to share their values. And in this tribe, GMOs are not associated with sustainability and healthy foods.

Maybe this explains why, despite embracing GMO foods myself, I also belong to my local organic co-op, something one friend gleefully reminded me of the last time I brought up misguided GMO fears at a dinner party. Yes, there’s a large GMO-free sign hanging on the main wall in the co-op, but I like the vibe and ethic of the place.

And yeah, I know the lucrative organic food industry is a racket unto itself and that organic benefits are grossly overstated, but I still identify with the people who shop at the co-op. And that matters more to me.

When the topic of GMOs comes up at dinner parties, I am the skunk who will gently remind everyone of everything Tyson says about GMO safety in Food Evolution. I have a litany of facts and studies that I cite. After listening politely and patting me on the head like a child out of his depth, they always checkmate me with, “What about Monsanto?”

It’s hard to overstate the significance of that albatross on the GMO debate.

Monsanto is perhaps best known for producing pesticides and herbicides like DDT in the 1940s and Agent Orange during the Vietnam War. In the 1980s, Monsanto was at the forefront of the nascent agricultural biotechnology revolution, but when it pioneered the first generation of genetically engineered seeds, it conveniently made them able to withstand an herbicide it created.

Activists suspicious of the new technology had a field day branding GMOs as the work of mad scientists with a history of poisoning us. It’s easy for activists to portray the company as the “evil” face of industrial agriculture.

Of course, the reality is that it is possible for Monsanto to be terrible and for GMOs to still be safe. But when I’ve tried unpacking the company’s real problems (calling out its monopolistic, heavy-handed business practices and tone-deaf responses to critics), that only makes people more suspicious.

It’s become hard for scientists and journalists alike to debunk GMO myths and misinformation without being accused of shilling for Monsanto or Big Ag.

Even Harmon, a highly regarded science journalist, can’t escape this charge: After one of her (ultimately prize-winning) pieces chronicling a non-industry application of crop biotechnology was published, Michael Pollan tweeted that it contained “too many industry talking points.”  (The science journalism community leapt to Harmon’s defense and repudiated Pollan.)

And after Harmon’s Hawaii piece was published, an anti-GMO group on its Facebook page photo-shopped her in a leopard-skin bathing suit, holding hands with the Monsanto CEO on a Hawaiian beach.

Given this poisonous milieu, I’m not surprised that Food Evolution has already been characterised by activists as a “textbook case of corporate propaganda.” Several influential GMO critics who appear in the film, including Pollan and New York University professor Marion Nestle, are also crying foul. It’s fair to say that the film has an agenda. It does. (Though, to its credit, Food Evolution devotes ample time to the socio-political concerns of GMO opponents.)

But to baselessly insinuate that Monsanto has somehow financially underwritten it, as Nestle does in a blog post on her website, is a pretty good indicator of Food Evolution’s herculean challenge: to overcome immense distrust of a science dominated and shaped by industry…..