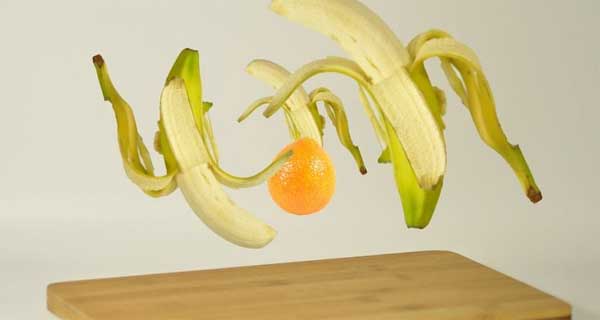 Floating food could be the next culinary craze thanks to a new invention that levitates, transports and delivers food and drink directly onto your tongue.

Scientists at the University of Sussex have, in collaboration with the University of Bristol, created a contactless food-delivery system that uses ultrasound to float taste sensations from the kitchen to the mouth.

The TastyFloats system promises “new culinary experiences” as well as potential applications in gaming, virtual reality and cinema, according to the research team.

Early findings show that levitated food delivers more intense flavours for the tastes that have been experimented with so far – sweet, bitter, and umami.

“Indeed, most of us are familiar with molecular gastronomy, where the physical and chemical make-up of food is changed to deliver new taste experiences. Foams, gels and fogs are all common sights on plates in Michelin-starred restaurants these days.

“Some top chefs are even already presenting dishes with levitation but this tends to use magnetic force, meaning that the plate rather than the food is floating. Our study is the first to show that it is possible to levitate the food and drink morsels themselves, opening up a whole new design space.” 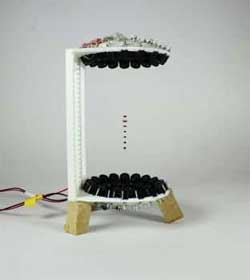 Wine tasting with a difference: droplets of wine are levitated in mid-air and delivered to the user’s tongue using sound waves. Credit: University of Sussex

The technology uses low-cost ultrasonic transducers to form a standing wave of ultrasound. The waves are manipulated in such a way that they act as ‘acoustic holograms’, creating invisible shapes that trap the object in place in mid-air.

By changing these patterns, the food can be carried along on the wave and delivered to a precise location.

“We were interested to study the effect of TastyFloats, this new technology, on users’ taste perception,” Dr Vi continued. “For that purpose, we conducted an experiment using bitter, sweet and umami and delivered them in three different volumes to the user’s tongue. Our preliminary findings suggest that bitter becomes less unpleasant despite its averse qualities.”

While the current proof-of-concept device can only levitate tiny food morsels, the TastyFloats concept’s vision is to deliver bigger items in the future, which can allow more complex combinations of food items (almost like a meal).

The invention is likely to excite not just chefs but technology and gaming companies who are already exploring ways of integrating taste, touch and smell into our entertainment experiences.

The technology can be fine-tuned to such a degree that it can even deliver food in a certain order, such as cheese followed by wine, or together, such as espresso with milk.