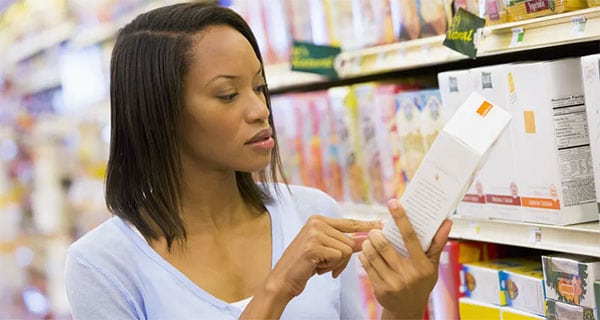 Health claims on foodbev labels is a topic mired in complexity, controversy and uncertainty. Stellenbosch University PhD candidate, Melvi Todd, is researching their possible, or not, role in SA for her doctoral thesis.

South Africa has a high number of deaths from noncommunicable diseases, which are largely linked to diet and lifestyle. Under particular scrutiny are the so-called ultra-processed foods, such as soft drinks, potato chips, chocolate and sweetened breakfast cereals. Evidence is mounting of their role in the development of diabetes, cardiovascular disease, cancers and chronic lung illnesses.

There are several reasons why consumption of ultra-processed food is on the rise. Industrialisation of food systems, technological change and globalisation all play a role. Another frequently cited reason is the growth of transnational food corporations in countries with inadequate policies to protect nutrition.

One way to help people choose healthy food might be to add health claims to the packaging of food that qualifies as healthy. Such claims could lay out health benefits in an accessible way and guide consumers’ choices towards foods with better nutritional profiles. Health claims are used in the European Union. But at the moment, South Africa only has draft legislation that would permit some health claims.

Before we conducted our research, not much was known about what stakeholders in the food labelling landscape thought of the proposal. These include doctors, dietitians, public health practitioners, food scientists, food business owners and consumers.

The intention of our research was to gain in-depth insight from a broad range of stakeholders about how effective health claims on labels might be in influencing consumption. We also wanted to explore how feasible it might be to execute in a developing country such as South Africa.

It emerged that there are still unresolved questions about the substantiation and enforcement of health claims. And there’s no apparent way to reach consumers in the informal market. These problems would limit the benefits of health claims at this point in time.

Labels are not the only tool needed in the effort to prevent noncommunicable disease.

We conducted 49 interviews and asked participants to share their views on whether including health claims on food labels could help consumers to make healthier food choices. The research yielded insights under five themes:

Practical barriers: Literacy, legibility, language, the actual presence of a label on a product, and socio-economic circumstances could all be barriers. These factors mean a person cannot use a food label to inform their choice. South Africa has 11 official languages, but English (as used on food labels) is the home language of only 12% of the population.

Relevance: Assuming all the practical barriers were overcome, someone might still not use the label. They might lack the knowledge or motivation to make the information relevant to themselves. Or they might not read the label if they were in a hurry.

Messaging: There are differences in how people prefer to receive messages and information. Labels typically have a dry, scientific format which doesn’t appeal to the average consumer. Most respondents suggested labels could warn them about health risks of the food or rate it on some sort of scale.

Enforcement: Moving away from the label itself, stakeholders were concerned that health claims could create a gap for unscrupulous players to take advantage of the fact that there isn’t really adequate regulatory enforcement in South Africa.

Trust: There was also evidence of a lack of trust between the food industry and the healthcare industry. This appeared to stem from differences in responsibilities. Food manufacturers are under pressure to sell cheap food in a very unequal society and healthcare picks up the burden if people get unhealthy.

Finally, we found support for the idea of ambassadors for change. These would be individuals, professionals or even businesses going the extra mile to help people make better food choices and to drive compliance. In particular, retailers were keen to push for compliance with legislation on food labels.

The list of what’s needed to get South Africa healthy is a long one. But here are some key things to consider.

Food scientists and technologists need to design better foods. The nutritional profile of new foods could be better and existing ones can be improved. Technologies could, in future, make it possible for foods to have fewer additives and to be more affordable.

Labelling does not have to remain in the dark ages. It may be possible to work on the size and legibility of the information that is on the package or to use technology to overcome barriers to legibility and language.

Food and health-related education in schools must be engaging, relevant and practical.

The intersection between food and health is far more complex than can be addressed using a food label alone. All the stakeholders need to have a mature conversation about the facts (the huge burden of noncommunicable diseases) and the practicalities (how to feed a nation where millions go hungry or experience malnutrition due to poverty).