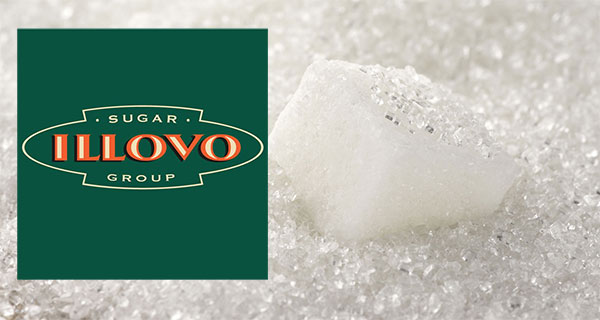 27 May 19 Finding the sweet spot in the sugar industry

As with its intoxicating brethren, as well as tobacco, sugar has been fingered as one of society’s evils. Clearly, it’s a subject Mahlare gets asked about a lot. 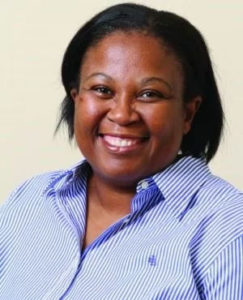 “The excessive use of any product is bad for you,” says Mahlare (left), brushing off the criticism that ‘drinking responsibly’ – the most infamously oxymoronic of industry paylines – has its parallel in similar-sounding sugar campaigns.

“So, it becomes a very dangerous platform to say, ‘it’s healthy for you’; it’s ‘better for you’.  It is just a natural product and what we do encourage is responsible consumption of the ingredient,” she says.

Societal questions aside, there are presently also a raft of economic pressures in the world’s sugar industry which has made its farming, refining and marketing a bitter pill.

Sugar prices internationally are terrible, having fallen to about R1.74 per 500g from R4.93 per 500g previously.

This price decline is a function of enormous amounts of excess product that’s available in the export market – itself a function of the declining consumerism.

“There has been a trend towards less sugar consumption, particularly in Europe and most of the developed market for now over 15 years,” says Mahlare.

That has hit global demand heavily.

“Now what is also an important function of what we call the global price is that most of the sugar-producing countries have highly protected markets and therefore it is difficult to export into those countries.

“What it means right now is every tonne that we export as SA is basically being exported at a loss,” says Mahlare.

In fact, about 30% of world production is effectively dumped on international markets.

“Nobody makes money, not even Brazil [one of the world’s largest producers], from the export market, and so it is net value dilutive for us as a sugar industry because we make money out of total proceeds,” says Mahlare.

In addition, international competitors, such as Brazil, produce significant amounts of ethanol from sugar, an additional revenue stream that gives its sugar industry a lot of protection.

That’s not a benefit SA’s sugar industry has, notwithstanding the potential upside of bagasse, the remnant of crushed cane that can be burned to produce energy.

The pressure in the market at the moment has important social ramifications for agribusiness, especially for certain parts of SA at a time when making profitable use of the land is the hottest of hot potatoes.

“What we sell [in the domestic and export markets] is as ‘one pool’ that then gets distributed to all the players,” says Mahlare.

This includes the growers from the vast cane fields that stretch from north to south along the KwaZulu-Natal coastline to the farmers in Mpumalanga province, and Lesotho.

Illovo SA only grows about 5% of its own sugarcane after having sold most of its property portfolio several years ago. It is now, however, working with farmers to help them sustain themselves amid the difficult market conditions.

For instance, the company assists where it sees opportunities to consolidate farmer interests, provided it is among the black growers themselves.

What was a profitable package of land ten years ago now needs to be larger in order to cope with what’s going on in the international market.

“A large majority of black farmers are small scale because a lot of the land they have is communal land and those parcels are by design not large,” says Mahlare.

“So, one of the big things is how to facilitate the expansion for those that are wanting to scale up.

“Having planted the seed and started the journey in the last year, we’ve seen some people that are more receptive, who say they’ve got the message and they’re quite interested to sell to another black farmer or maybe combine into a larger partnership,” she says.

Mahlare says the standard average sugar content is about ten grams to 12 grams per 100 millilitres of soft drink produced.

What this means in respect of the so-called ‘sugar tax’ is that soft drink manufacturers pay an additional 5% over 4 grams per 100ml. Using, for simplicity, a litre of drink containing 120g of sugar, that’s 5% for each 8g of sugar used.

The legislation worked pretty well for government economically. It collected approximately R2.1bn in taxes compared to its expectation of R1.8bn last year.

“So, when you have a sugar tax, when you have imports, all you do is drop the revenues of an industry completely to very low levels and that becomes unsustainable,” says Mahlare.

“It’s one of the big reasons why protecting our market is important.”

The criticism is that government hasn’t done enough, having failed to negotiate a high enough import tariff of its own.

In fact, it’s been argued that government failures to negotiate a decent sugar pact with buyers is the real reason the industry is struggling, not the imposition of the Health Promotion Levy.

“The SA sugar industry was excluded from preferential trade agreements with the European Union that saw sugar production move to other southern African countries who received the EU benefits,” Nick Stacey, an economist at Wits School of Public Health, was quoted as saying.

He added that: “The country’s sugar industry is not internationally competitive. The removal of the levy is not going to address these structural challenges and the industry will continue to reduce production and lose jobs.”

For Mahlare, the job at Illovo Sugar is largely inwardly focused on controlling the things that can be controlled.

“Fundamentally, you are always managing your cost base, so there’s a bit of focus around driving productivity and efficiency,” says Mahlare. “You also work very closely with the Sugar Association because we’re part of it in terms of the lobbying and ensuring that there is optimisation of the levers that protect the industry.

“It becomes a cost game, just as it would be for a mining company where your revenue is commoditised. How do you get more for your input costs?” she says…..