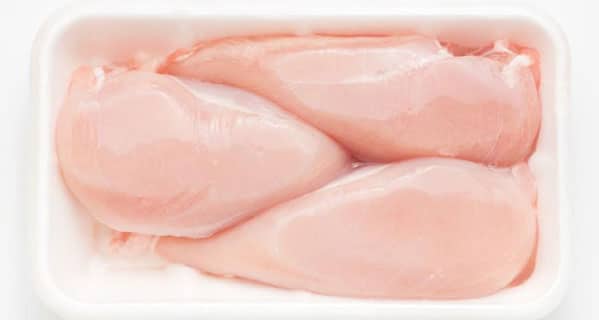 Chicken companies spent decades breeding birds to grow rapidly and develop large breast muscles. Now the industry is spending hundreds of millions of dollars to deal with the consequences ranging from squishy fillets known as “spaghetti meat”, because they pull apart easily, to leathery ones known as “woody breast”.

The abnormalities pose no food safety risk, researchers and industry officials say. They are suspected side effects of genetic selection that now allows meat companies to raise a 6.3-pound bird in 47 days, roughly twice as fast as 50 years ago, according to the National Chicken Council.

That efficiency drive has helped US meat giants such as Tyson Foods, Pilgrim’s Pride, Perdue Farms and Sanderson Farms produce a record 42-billion pounds of chicken nuggets, tenders and other products in 2018.

Now, it’s adding an estimated $200-million or more in annual industry expenses to identify and divert breast fillets that are too tough, too squishy or too striped with bands of white tissue to sell in restaurants or grocery stores, according to researchers at the University of Arkansas.

“There is proof that these abnormalities are associated with fast-growing birds,” said Dr Massimiliano Petracci, a professor at the University of Bologna in Italy, who leads a team of researchers investigating the chicken breast problems in breeds used in commercial farms.

Years of matching up genetic lines has boosted each bird’s yield of breast muscle, the white meat that sells for a roughly 13% premium to overall wholesale chicken meat prices, according to US Agriculture Department data.

Researchers and breeders are still trying to pin down the exact cause of problems, a Tyson spokesman said.

“While there are some factors linked to the occurrence—including bird weight, feed ingredients and the time of year the bird is grown—even a combination of these factors will not necessarily produce the same issues consistently,” he said.

Spaghetti meat—a name researchers have given chicken breast fillets that can be picked up and pulled apart by hand, or punctured easily with a fingertip—began appearing in 2015 and now can be detected in around 4% to 5% of breast meat samples, researchers said.

“It looks like spaghetti noodles,” said Dr Casey Owens, a University of Arkansas professor, adding that the affected muscle fibres have a stringy texture.

Woody breast has been found in around 10% of samples, while white striping occurs in around 30% of chicken breasts sampled, he said. The severity of the problems can vary widely and often doesn’t affect the entire breast, researchers said.

Meat scientists said they suspect the rapid growth rate of commercially raised chickens may lead breast muscle tissue to outgrow the oxygen supply provided by chickens’ developing circulatory systems, at which point muscle fibres can degrade. That can alter the density and texture of the meat, they said.

Some restaurant and grocery companies aren’t waiting for chicken companies to solve the problems. Burger chain Wendy’s in 2016 noticed toughness in some of its grilled chicken sandwiches.

The chain in 2017 began shifting its chicken supply to smaller birds, slaughtered before they reach 7.5 pounds, though the size of its chicken fillets have stayed the same.

The transition meant $30-million in higher costs for Wendy’s, because the smaller chickens have made meat suppliers’ operations less efficient.

“But we noticed immediately, consumer feedback on our chicken products was consistently good, and better than it was prior to this change,” a spokeswoman said.

Some chicken companies, including Mississippi-based Sanderson Farms, have begun slaughtering chickens at slightly younger ages to reduce the frequency of meat affected by woody breast.

That cut in half the company’s number of “woody” chicken breasts, bringing the overall frequency to low single digits, said CFO Mike Cockrell.

Chicken industry officials are confident that their high-tech breeding operations eventually will be able to minimise the problems through genetic selection, the way the industry has resolved previous side effects of fast growth in birds, like weak leg bones and heart problems. The process, officials said, is likely to take another few years.

The US Poultry and Egg Association over the past three years has invested half a million dollars in research projects to help pinpoint the cause of the problems and identify nutrients that could mitigate them.

SA's ostrich industry: down but not out
Chicken set to rule the global meat market
Wal-Mart executive urges companies to develop ‘food safety…
The insanely complicated logistics of cage-free eggs for all