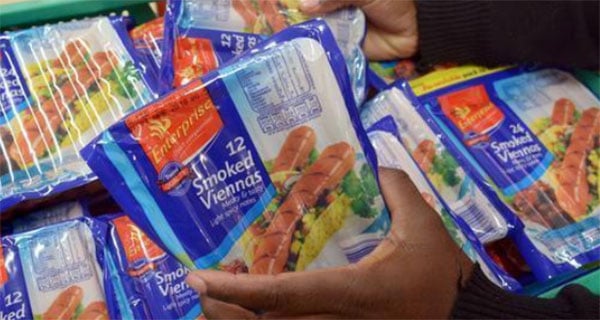 Listeriosis levels have declined in South African ready-to-eat meat, after the recent major listeriosis outbreak in the country, but the bacteria is still present in samples obtained from rural areas and the informal sector.

This was the finding of an ongoing independent study by the University of Pretoria’s Food Safety research group as part of the Department of Science and Technology and National Research Foundation Centre of Excellence in Food Security.

The bacterial pathogen Listeria monocytogenes has been found in food products other than what has been officially reported.

The findings were presented at the 2nd International Conference for Food Safety and Security, held in Pretoria recently.

The study covered a sampling period before, during and after the listeriosis outbreak in South Africa, which was responsible for the deaths of more than 200 people.

The researchers collected 344 samples of polony between December 2016 and September 2018, covering 77 brands/different polony products sold by 20 food outlets in both the formal and informal sector in eight of South Africa’s nine provinces.

In 2016, before the outbreak was official, out of 42 samples collected, two tested positive for the listeriosis causative bacteria.

After the official announcement, in December 2017, 186 samples were collected, of which eight were positive. But the significant finding from the research was that even once the source was identified and product recalled, four samples from 116 samples collected still tested positive for listeriosis.

Another ten samples have subsequently been collected, but the data has not yet been made available.

“What we think is happening is that while the major implicated products and brand have been removed from retail stores, some tainted products remain in the food system,” says Professor Lise Korsten Co-Director of the Centre of Excellence Food Security at the University of Pretoria.

“Considering rural areas and the informal sector, it is to be expected that it is almost impossible to make sure that all contaminated food products has been effectively removed from the whole system.

In addition, some of our samples show Listeria monocytogeneswas present in lesser-known brands that weren’t affected by the recall.”

It’s clear that the fight against listeria and other foodborne pathogens is an ongoing challenge that requires the involvement and support of all parties in the supply chain.

Unfortunately, according to Korsten , such support from all stakeholders is not forthcoming, and many members of the food industry did not want to share information or allow independent environmental or product sampling once the outbreak was announced.

“We need a national strategy, we need policy and we need governance,” she said.

“The questions around certification and auditing have resulted in a loss of trust. Our food image has been tainted, and it’s our shared responsibility to restore that.”

Another finding of the study was that the Listeria contamination came from the packaging of polony rather than the inside of the polony.

Listeria in and out

Using the FDA’s Bacteriological Analysis Manual methods, the researchers were able to isolate the pathogen from the tip end of the casing, but in some cases in the core of the product.

Professor Korsten also showed an image of one of the polony samples collected, with the packaging covered in meat shavings and filth.

This raises concern around general hygiene and highlights the fact that the whole supply chain should be considered, and not just the factories from which it comes.

This is critical in the work carried out by the Centre of Excellence in Food Security, which is a virtual centre in which multiple universities participate.

“South Africa has a dual economy, and as exporters of fresh produce, the formal economy is a highly regulated system. On the other, we have the informal sector, which is totally unregulated, with a short supply chain, and we often don’t know what the source of the goods is.

“So we look from a comparative point of view at how safe the food is in these two systems – food that is accessible and affordable and mainly consumed by the poor; how safe is it?” says Professor Korsten.