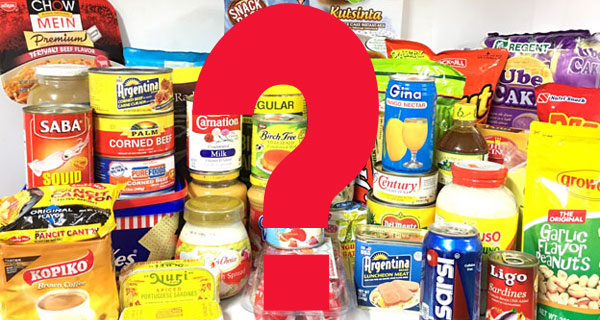 According to the US’s Grocery Manufacturers Association, food fraud affects approximately 10 percent of all commercially sold food products and costs the global food industry between $10 and $15bn annually. Data focused on the African continent is not as readily available, but what exists is alarming.

Recent research by the Confederation of Tanzania Industries estimates that over 50% of all goods, including food, drugs and construction materials, imported into Tanzania are fake. Anecdotal evidence suggests that rates could be between 10% and 50%, depending on the food category and the country.

As an agro-processor and co-founder of Nigeria’s AACE Foods and Sahel Capital, I have observed first-hand the magnitude of the food fraud crises and how supermarket shelves and open-air market stalls are too often stocked with counterfeit products.

In Nigeria there is milk powder with no animal protein. In Kenya there is vegetable oil made of recycled oil unfit for human consumption.

In Ghana, the palm oil is laced with a food colouring called Sudan IV which is widely recognised as a carcinogen. In Uganda, formalin —an embalming agent—is used to keep meat and fish free from flies and seemingly fresh for days.

Across Africa, there are incidences of plastic rice or nothing more than discarded rice chaff, packaged as high-grade rice, and corn powder dyed with Sudan IV, labelled as chilli pepper.

Given that most of the counterfeit products in Africa are staples consumed to fulfill daily dietary needs, they are likely contributing to the rising levels of malnutrition and cancer on the continent.

When parents living on just dollars a day believe they are buying their children milk, and that milk has no animal protein, the impacts on child development can be devastating. Indeed, there is no way to know to what extent food fraud is contributing to stunting, which affects 34% of under five-year old African children, with lifelong impacts on physical and intellectual development.

A number of issues are driving the rise of food fraud in Africa. First, the increasing complexity of food systems, ingredients with long supply chains and varying levels of scrutiny and standards, makes it very difficult to trace the origins of food products.

Second, local manufacturers face increased competition from cheaper imports, which often have lower standards for African destinations, and so they may use inferior or even unregulated ingredients in their products to reduce their production costs. Third, weak regulatory standards, systems and tracking mechanisms create loop holes in which counterfeiters can thrive.

We do not yet know the full economic or health impacts of food fraud, but it seems certain that if left unchecked, this trend will exacerbate the nutrition and health challenges facing many countries in Africa. It could derail efforts to build strong and vibrant local food systems.

The cost of prevention is much lower than that of inaction, and everyone has a critical role to play.  Fortunately, some African countries and companies are beginning to take action.

Many have signed on to CODEX—a WHO/FAO initiative that sets global standards for safe food. South Africa has enforced extensive labelling regulations. It has prohibited Sudan I to IV as a food colouring, and regulatory agencies have removed products with this dangerous chemical from shelves.

The Kenya Bureau of Standards and the Ghana Food and Drug Authority are likewise raising awareness among traders and retailers about the harmful effects of food fraud.

But much more needs to happen.

The cost of prevention is much lower than that of inaction, and everyone has a critical role to play. Indeed, only by exercising our collective political will and commitment to the health, food security, and economic development of Africa can we halt food fraud and rebuild the public’s trust in food…..