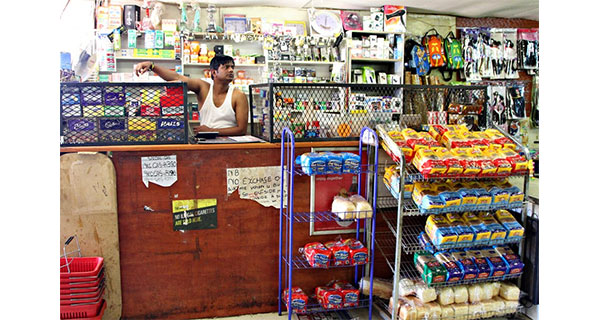 Owners of small shops in South Africa – in most cases foreigners (as above) – have been accused of stocking counterfeit food and food that’s past its sell-by date. The Conversation Africa investigates this issue that has been caught up in xenophobic violence, with shop owners targeted by South Africans.

There is very little hard data about what’s referred to as “fake food” in both the formal and informal sectors. This means the issue is politically charged and dominated by opinions, not evidence.

What is counterfeit food?

Counterfeit foods that don’t pose a risk include what are called “diverted products”. These goods are only licensed to be sold in one place or in one format but are sold elsewhere. This could include multipack items sold individually, free promotion goods being sold, or supermarket brand items being sold outside a supermarket. They could be over-runs from factories, or goods taken from food producers by employees and sold on.

Counterfeit foods that pose more of a problem include simulations – goods made to replicate branded items. They often use cheaper ingredients and can have health risks.

Another risky area is tampered food: products that have been adulterated by adding materials to bulk them out, or foods that have been re-worked to refresh them after expiration dates. A South African chicken company was accused of doing this seven years ago.

There are also troubling, yet seemingly spurious allegations, that food has been contaminated with non-food items like plastic.

The Minister of Health, Aaron Motsoaledi, has stated that the department hasn’t received any evidence of this, or notifications of people becoming ill as a result.

How big a problem is counterfeit food in South Africa?

We just don’t know how extensive the different kinds of counterfeiting are. It is clearly present in both formal and informal sectors of the food system. The general consensus is that it’s increasing.

There is an important difference between how extensive counterfeit food’s presence is and how big a problem is it. Who is it a problem for?

If we are thinking about problems for health, it is important to note that the largest food borne disease crisis South Africa has had – listeriosis – was traced back to non-counterfeit food from a large company.

How big a problem is the sale of expired food?

In South Africa perishable foods have to have an expiration date after which they can’t be sold or donated. Non-perishables – foods with a stable shelf life – have best before dates. These are for quality, not safety, and foods can legally be sold after these dates.

Many people buy these products as they get them at discounted rates.

Foods outside of their best before date, especially non-perishables, have far less risk.

From a business point of view, counterfeit foods can pose a threat to the owners of companies that make legitimate products.

What’s missing in the debate?

A lot. The “blame” for counterfeit food currently seems to be squarely at the feet of “foreigners” – both vendors and the alleged “cartels” supplying them. These allegations have serious consequences.

Government has initiated “blitzes” on foreign-owned shops, seized goods and shut down businesses. Some communities have turned to looting shops and inciting xenophobic violence.

However, counterfeiting exists for many reasons. These need to be considered in the debates about ‘fake’ foods.

Firstly, counterfeiting is difficult to control because of the globalisation of supply chains combined with weak national and international enforcement of trade regulations.

Secondly, regulations are poorly enforced at the local level, as evidenced by the failure of environmental health in the listeria outbreak. On the one hand technological innovations are making it cheaper to produce counterfeit foods or replica labels.

Thirdly, there’s the issue of market dominance and the barriers to entry for legitimate businesses that produce “off brand” items. To what extent are large, formal retailers being protected against market entry by smaller players? How then do smaller suppliers enter the market?

What needs to be done?

The solution to concerns about food safety from counterfeit foods isn’t to confiscate goods from foreign traders, criminalise shop owners and close their shops. These steps seem to be driven by political, rather than health, motives.

Rather, the first step should be to make sure better data is gathered on the extent of the sale of counterfeit foods – recognising the diversity of kinds of counterfeiting and assessing the relative health risks.

There is also a need to understand why counterfeit goods appear on the market and to address the root causes.

These may include a commitment to greater transparency at border control; and redoubling commitment to training environmental health officers in municipalities so that they can actually conduct food testing from both formal and informal retailers and producers.

It’s also important to address barriers to entry for smaller producers who want to enter the market legally but are excluded. And, ultimately, South Africa must address food insecurity and poverty.

These are the main drivers of consumer demand for cheap foods.