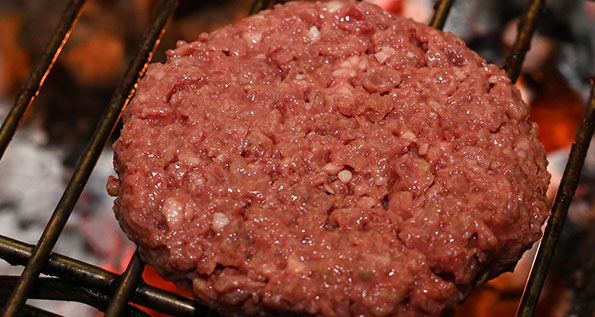 While Beyond Meat announced stunningly high earnings for the second quarter of 2019, Impossible Foods, not yet gone public, is undeniably popular: the company has faced a burger shortage over the past few months after Burger King announced it would begin serving an Impossible Whopper in April.

This was given a major boost from celebrity investors including David Chang, Jay-Z, and Serena Williams. Sales have risen by 81% on delivery platform GrubHub.

The FDA’s has approved soy leghemoglobin as GRAS — as a colour additive. Soy leghemoglobin, which releases heme when heated, is the “plant blood” that lends Impossible Burgers their lifelike bloody quality — with the ingredient’s FDA approval was seen as the last major hurdle before the product could join Beyond Burger on supermarket shelves.

Soy leghemoglobin is a globe-shaped protein found in the root nodules of the soy plant. Impossible’s ingredient doesn’t actually come directly from soybean roots — rather, the company has been implanting the gene responsible for leghemoglobin production into GM yeast cells.

The resulting red liquid isn’t technically a GMO; rather, a protein produced by GM yeast cells.

Then, the ingredient gets mixed in with the rest of Impossible’s recipe, most of which can be found in a standard veggie burger or other meat substitute.

When grilling an Impossible Burger (as pictured above), the leghemoglobin releases its heme, just the same way myoglobin in beef would release its heme. Iron-rich heme is part of the characteristic flavour of meat — which is why Impossible wanted it in the first place.

Heme — the compound produced when soy leghemoglobin is cooked — falls under the FDA classification of “generally recognised as safe”.

While restaurants have been serving the Impossible Burger for some years, the FDA also wanted Impossible to get pre-market approval for the ingredient as a colour additive before selling it directly to consumers in its raw form. On July 31, the agency granted that approval.

The new rules will be effective September 4, barring further objection from any person “adversely affected”.

“We are in the midst of a revolution in food technology that in the next 10 years will likely lead to more innovations in food and ingredient production than there have been in the past half century,” said Dennis Keefe, director of the Office of Food Additive Safety in the FDA’s Center for Food Safety and Applied Nutrition.

“As these new products and ingredient sources come to the market, the FDA has a responsibility to provide the appropriate regulatory oversight to protect public health by ensuring that these new foods and food ingredients are safe.”

In other related news, Impossible Burger said it had signed a deal with global food producer OSI Group to expand production. OSI will begin making the Impossible Burger starting next month, adding short-term capacity to Impossible’s own Oakland, California factory.