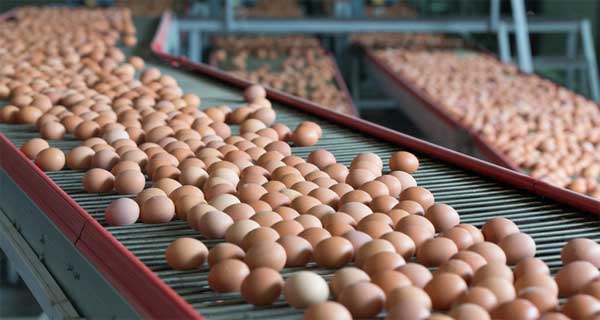 Another food scandal: this time eggs used for making sandwiches and other processed products that contain traces of an insecticide called fipronil. Fipronil is banned in human food production because it can be harmful to human health if ingested in sufficiently large quantities.

It’s very unlikely that anyone would consume enough to be harmed, but 700,000 eggs have been recalled and destroyed in the UK alone. Up to 15 EU states, and Switzerland and Hong Kong are believed to be affected.

The eggs came from farms in The Netherlands, Belgium, France and Germany and were sold across Europe. However, the numbers involved are a tiny proportion of all eggs produced and sold even in a day – around 34.5m in the UK alone.

Food fraud is “the deliberate and intentional substitution, addition, tampering, or misrepresentation of food, food ingredients, or food packaging; or false or misleading statements made about a product, for economic gain”. So is this a case of food fraud?

The matter is being investigated and a spokesperson in Brussels said the situation was “evolving by the day”. We do know that following raids in Belgium and the Netherlands, two men were arrested facing fraud charges.

It is not clear whether any farmers knew what was in the products – criminal investigations appear to be centred on pest control and the suppliers of cleaning products.

If the egg producers knew that they were using an insecticide that was banned for use in human food production, then the fraud would be in how they managed the paperwork in purchasing the substance, masked it in inspections and made claims in the sales of the eggs.

If it turns out to be a fraud, perpetrators of this kind of crime are as likely to be charged with false accounting and record keeping as with anything else.

On August 2 2017, two men were jailed and another given a suspended sentence in the UK for their role in the 2013 horsemeat scandal. Their aim was to boost profits – and they falsified paperwork to hide the fact that horsemeat was being passed off as beef. In this case, City of London police pointed out that it was an outright fraud by misrepresentation.

So why do businesses – both legitimate and organised crime – take the risk? The cost of egg production is very close to the price that the producer gets from the packer or other customer. The margins are tiny and so the only way to make a profit is to sell in volume.

This is true of many foods. Food frauds tend to be low-margin, high-volume except for a few premium products such as quality alcoholic beverages, caviar or extra virgin olive oil. Even a fraction of a cent or penny per egg over hundreds of thousands of eggs can mean the difference between making a profit to survive as a business, being able to withstand increasing feed prices or labour costs, or being able to reinvest.

Feed is the highest cost in egg production – but the loss of birds through disease also puts pressure on egg producers, hence the attraction of using insecticides in cleaning routines to guard against lice and ticks which bring disease among large flocks.

These are all added costs to the production of eggs – and with fipronil now available in generic form, the cost of buying it has come down.

We don’t yet know whether the use of fipronil in this case was a deliberate attempt to lower costs or was due to negligence – but it is almost axiomatic that where profit margins are tight, there is an incentive to cut corners.

Joining up the dots

So how easy it is to get away with passing off food products as safe when they are not? The food industry has scientific checks in place, and more recently there have been growing requirements based on advice from the Global Food Safety Initiative for vulnerability or risk assessments to be carried out by companies in the supply chain.

The problem is that while the staff assigned to carry out the risk assessments are experienced and skilled, they have very little training in other aspects of fraud and red flags such as employee behaviours, accounting indicators that do not make sense, or unexpected availability of products in demand.

Is anyone looking at whether there are opportunities for collusion between suppliers and buyers in the supply chain? Or if there’s scope for false paperwork to be presented? How well do you know your supplier, or your supplier’s supplier?

These are important questions that are extremely difficult to answer in a complex, fast-moving and endlessly shifting supply environment, where goods are perishable and sometimes pass through long supply chains.

The market for sandwiches, salads and so on is extremely competitive. Food doesn’t necessarily need to become more expensive. There are costs – particularly those associated with waste – that could be taken out of the system. But it is a commercial environment in which producers, packers and manufacturers find it difficult to make sufficient profits to survive.

This latest story provides some food for thought: can we really afford to have less regulation and red tape in the food industry?

The Conversation, authored by Lisa Jack, Professor of Accounting, University of Portsmouth