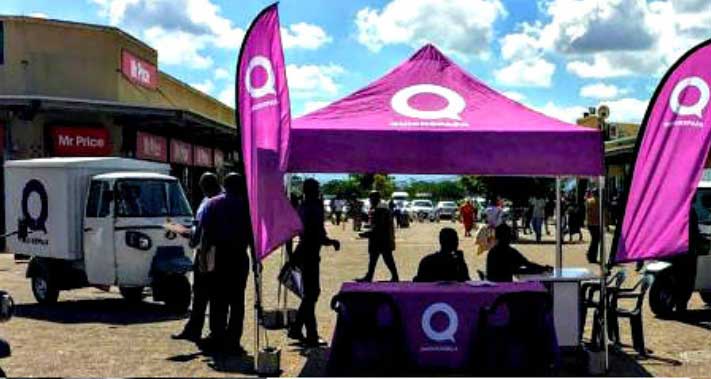 To get a slice of this, Quickspaza aims to change township consumers’ lives by turning the often stressful experience of shopping — transport to a store, long queues and transport home with heavy parcels to carry — into a simple process that involves ordering online via phone, a mobile app, WhatsApp or SMS.

“We are an online business selling hampers of basic food [and] cleaning, cosmetic and other products in Khayelitsha, Cape Town,” says cofounder and joint CEO Paul Duval.

“We deliver our products free to our customer’s house or shack in a branded tuk-tuk vehicle.”

In January 2014, the locally owned and community-focused company began as a mobile shop pilot study in Wallacedene and Bloekombos informal settlements on the eastern outskirts of Cape Town, with the first hub opening at Teguka Business Park on the border of Khayelitsha in May 2015.

It targets consumers in LSM categories 1-7, who make up the largest and most valuable market in SA.

In the 1970s, the apartheid government limited township stores to selling “basic-need” products. In the ’80s, spaza shops started trading illegally from township homes. They were legalised in the ’90s, leading to thousands springing up all over the country.

Foreign nationals, in an influx in the early 2000s, took over many spaza shops and opened new ones. Added to the growth of shopping malls and chains on the outskirts of the townships, it led to a new retail boom.

“Consumers now have access to mobile phones, smartphones, and tablets,” Duval says. “This means that there is a high level of consumer price awareness via mobile-enabled social media platforms.”

And yet consumers can’t always get what they want — at least not from traditional supermarkets. On top of high fixed costs, high capital expenditure and low trading densities, they often offer consumers a fixed product range only.

Quickspaza can use real-time consumer data to present customer-specific promotions, an adaptable product range and measurable and adjustable testing of its offerings.

And while suppliers and customers have limited opportunities to provide feedback to each other, data from Quickspaza’s many interactions with customers are captured on a digital platform that provides opportunities for market research, promotions and product launches.

It also provides a simple low-cost route to market for new suppliers and local entrepreneurs.

The estimated cost to establish a “level 3” Quickspaza hub, accommodating 48 vehicles, is about R5.4m.

At full capacity, estimated annual turnover from the hub amounts to R210m. The capital required to establish a bricks-and-mortar retail store capable of a similar turnover is multiples greater than this.

Quickspaza hopes this low-capital model will attract investors when it lists on the 4AX exchange before year-end or early in 2018 with the aim of expanding the business to SA’s 45 largest townships…..