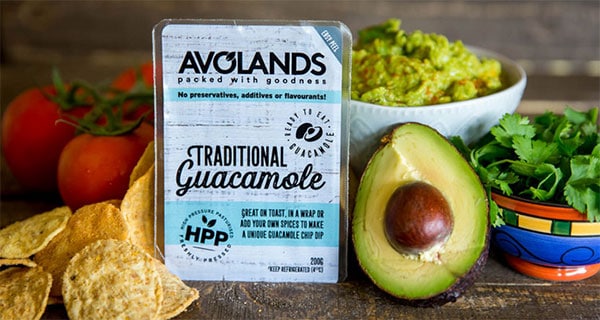 26 Aug 21 Emerging processing technologies of the 90s: where are they now?

At the 1993 SAAFoST congress Prof Colin (later Sir Colin) Dennis, the eminent British food scientist, presented a paper on Emerging Technologies, also known as Novel Technologies. What were these and how have they fared into the 2020s?

While he was probably limited to the length of his talk, for I would have added the following to his list: • Ultraviolet • Radio Frequency Processing • Induction heating.

Here is a brief overview of their current status:

Ohmic/Electroheating: Ohmic resistance heating is a process which was developed by the APV company and independently by the Raztec Corporation in the US. Ohmic heating occurs when an electric current passes through an electrically conducting food product.

In practice, low frequency alternating current from the mains supply is used. The rate of heating is dependent on the electrical conductivity of the food material and the voltage applied. There is virtually no temperature gradient within the product being heated. This makes it particularly suitable for particulate products such as fruit in syrup or stews. Also, it is accurate enough to allow feed forward control.

There were plants commissioned in the 1990s for egg and other products. Ohmic Equipment, which held much promise in some sectors of our industry, seems to have been discontinued

This is now widely used in domestic stoves where the stove plate itself does not heat up but only the metal pot. The very rapid and easily controlled heating will lessen heating times for pasteurisation and (UHT) sterilisation and thus improve product quality. This excellent technology, though somewhat difficult to find, is commercially available.

UV Light: The application of ultraviolet light for control of microorganisms on packaging, within closed spaces or on the surface of liquids, is well established as is the use of UV for control of pathogens in clear liquids such as water.

UV does not penetrate into cloudy liquids but by using sufficient controlled turbulence it has been found possible to “pasteurise” milk by UV. Unfortunately, regulatory bodies will not recognise this without validation and verification being put in place.

At present this is not so. The IDF, Codex and ultimately the World Trade Organisation will not accept the process at present and certainly will not in the future without HACCP certification of the processing plant involved.

The product is subjected to electromagnetic radiation of specific frequencies. The advantage compared to conventional heating methods is that the microwaves penetrate to within the product giving a quicker more uniform heating.

Industrial equipment finds use in a number of defrosting, heating and drying processes and for microwave pasteurisation of shell eggs and control of aflatoxins.

Ultrasound: Here food is subjected to high intensity sound waves which have a rupturing effect on cells. Although the main use of ultrasound in the food industry is for cutting and slicing and in some cleaning operations, there are claims of its use in food preservation though I am not certain whether this is used commercially.

Gamma Radiation: Gamma radiation when it was first considered as a food preservation method shortly after the World War II was unfortunately confused with radioactive fallout and got some very bad press. Subjecting foods to gamma radiation has found a niche in the treatment of foods, particularly dry food ingredients.

Although PEF is used as a low temperature pasteurisation system, particularly for juices and smoothies, it has a number of other uses: for the easier peeling of tomatoes, improving the extraction of juices from fruit, increasing the shelf life and texture of chips and crisps are but a few of them.

This technology has not only survived since the 90s but there are a number of reputable suppliers of equipment in the world. It is worthy of a good look.

High Pressure Processing: Of all the emerging technologies of the 90s, HPP has been the most successful. HPP is a “nonthermal” food preservation technique that inactivates harmful pathogens and vegetative spoilage microorganisms by using pressure rather than heat to effect pasteurisation. HPP utilises intense pressure (about 4000–6000 Atmospheres) at chilled or mild process temperatures.

Avocado is one of the main applications, but others are listed in an article in the June edition of this journal.

HPP has a second use in the shucking of shellfish and crustaceans. It is important to note that HPP and the other non-thermal processes are not magic bullets that are going to cover for sloppy hygiene. A stringent hygiene regime and a secure cold chain are an essential requirement for particularly the low acid foods for which these techniques are often used.

There is some debate as to whether the non-thermal pasteurisation treatments provide for Critical Control points. Of course, this attention to hygiene is true of any facility whatever the control step.

Caption main pic: A local product that’s on our shelves thanks to HPP.