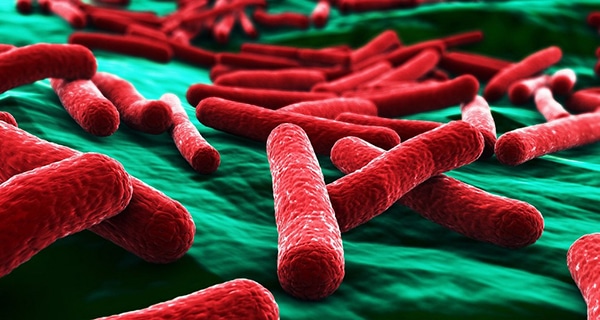 02 May 18 Why are some E coli deadly while others live peacefully within our bodies?

Posted at Wednesday, May 2nd, 2018 h in Health and Nutrition Stuff by Brenda 0 Comments

E coli outbreaks hospitalise people and cause food recalls pretty much annually in the United States. This year is no different. Obviously some E coli can be deadly for people. But not all strains of these bacteria make you sick.

In fact, you have a variety of strains of E coli in your intestines right now – including one that’s busy making the antioxidant vitamin K, crucial for your and its survival.

Scientists like me often characterise E coli by the sugar coat they display on their cell surface. A molecule called a lipopolysaccharide is the anchor that displays a collection of sugars to their environment.

These sugars help the bacteria stick to surfaces and reveal their identity to your immune system. Human cells do this, too – your blood type is defined by sugars displayed on your blood cells, for instance.

The sugars E coli display vary from strain to strain. Some sugar coats are associated with strains living symbiotically in your stomach – E coli HS, UTI89 and CFT073 are some of the most commonly found to be helpful.

Others are associated with illness – like E coli O104:H4, also called enterohemorrhagic E coli (EHEC), which caused a major outbreak in Europe in 2011.

According to the CDC, this latest outbreak is due to E coliO157:H7 – a strain that’s caused at least one food-borne outbreak in the US each year since 2006.

The letters and numbers that name a strain serve as a code for which sugars are present. While the sugars bacteria display aren’t what makes you sick, they’re quickly and easily detectable and help scientists and doctors differentiate whether a present strain will generate toxins that can make you ill.

Bacteria rely on what researchers term virulence factors: molecules that aid their survival while undermining your immune system.

Both the EHEC and O157 strains of E coli are able to make a virulence factor called a Shiga toxin. Shiga toxins were discovered first in Shigella dysenteriae, the bacterium that causes dysentery.

Later researchers discovered that the EHEC and O157 strains of E coli had gained the gene for Shiga toxins from the dysentery bacterium through a process called horizontal gene transfer.

When bacteria reach a critical mass in your body after you eat a contaminated food, they secrete these toxins as part of their strategy for finding a new host. The toxins enter the cells of your intestines, causing symptoms including low-grade fever, stomach cramps, diarrhea (often bloody) and vomiting.

It’s virulence factors like these that are to blame for human illnesses and that give E coli a bad name – even if all strains don’t deserve it.