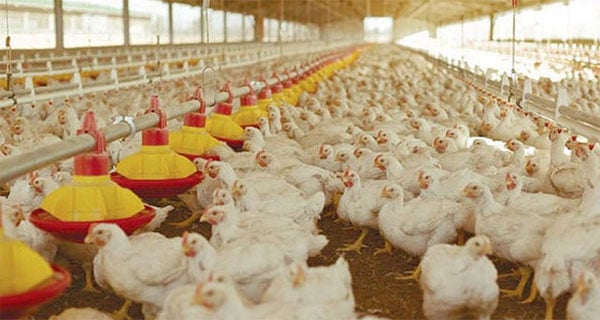 It is not common for a large listed company with thousands of employees to publish a formal announcement warning shareholders that up to 40% of its production is under threat due to interruptions of basic services.

In the rare cases it does happen, it is usually a mining company working in remote areas close to countries embroiled in civil war.

Nobody expected a chicken farm near Standerton to announce that its operations are under threat due to a lack of water, especially not with the Vaal River running through the middle of the town.

Yet Astral Foods has had to warn shareholders that its operations in the area are suffering as the shockingly dysfunctional Lekwa Local Municipality is incapable of supplying enough water to its farm and processing facility close to the town.

The situation not only affects Astral shareholders or employees who might lose their jobs, it is also important in the context of food security in SA.

Astral is one of the biggest producers of chicken in the country and the operation in Standerton usually contributes 40% to its production.

The plant needs five megalitres of water a day to operate at full capacity, but suffers from regular interruptions in supply.

“We are only receiving 1.8 megalitres per day, resulting in the operation only being able to operate a singe shift,” says Crocker. “It produces less than half of the normal output.”

Astral even obtained a court order to try and force the municipality to fulfil its obligation, but said in the announcement that the situation had deteriorated further:

“The substantial undersupply of water has escalated notwithstanding a permanent order of the court requiring the municipality to secure a minimum necessary supply.”

Crocker says that Astral applied for and was awarded an urgent order on April 4, which required the municipality to provide the plant with water at the level of pressure and at the quantity it had done for the period prior to the interruption.

“Following further interaction with the municipality it was agreed to replace this order with a mutual agreement ensuring Astral a minimum supply of four megalitres per day, pending repairs to municipal infrastructure, but this order has not been adhered to,” says Crocker.

Astral has warned that the problems with water supply will have a significant effect on profitability and calculates that it will reduce profit by at least R85-million.

The company estimates that additional costs to try to manage the water problems will amount to R19-million, while the forced reduction in production will see R31-million evaporate, trying to slaughter chickens at different facilities adds R25-million to costs, and chicken feed and related costs due to delaying slaughter will add another R10-million to the losses.

Crocker says Astral is prepared to take further action to enforce the court order and do whatever else necessary to minimise harm to the Standerton operation, as well as recover costs that have resulted from the municipality failing to meet is obligations.

It seems the municipality does not take into consideration that Astral is by far the biggest employer in the area. Crocker told Moneyweb that the plant employs 2 425 people and creates employment for at least another 600 people at local suppliers to the farm…..