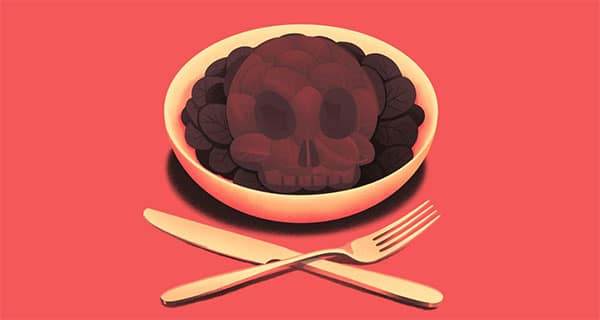 In a dysfunctional state like South Africa, it’s hard to believe that a revered institution like the US Food & Drug Administration is accused of being something of a joke in the food industry. Here’s a detailed and fascinating exposé on what’s going on with America’s food safety/nutrition watchdog.

A POLITICO investigation based on more than 50 interviews has found that the FDA is failing to meet American consumers’ expectations on food safety and nutrition.

By the time FDA officials figured out it was spinach that was making people sick in 10 states – sending three people into kidney failure – it was too late. It was mid-November 2021 and the packaged salad’s short shelf life had passed. There was no recall. By the time FDA officials got inspectors on the ground, spinach season was over. The fields and the production facilities were empty, which made it impossible to pinpoint the source of contamination.

Whatever caused the outbreak was likely never fixed.

This wasn’t supposed to happen. It’s been more than 11 years since Congress passed a sweeping food safety law designed to prevent this type of health risk. In that time, FDA has failed to put in place safety standards for the water used to grow fresh produce, as mandated by that law, despite knowing that water is one of the main ways fresh fruits and vegetables become contaminated with deadly pathogens.

Congress has ramped up FDA funding over the past decade, but deadly outbreaks keep happening and it often takes the agency too long to respond.

Many consumers would be surprised to learn this anemic, slow response is typical for an agency that oversees nearly 80 percent of the American food supply, but slow is what insiders in Washington have come to expect from FDA, regardless of administration.

A months’ long POLITICO investigation found that regulating food is simply not a high priority at the agency, where drugs and other medical products dominate, both in budget and bandwidth – a dynamic that’s only been exacerbated during the pandemic.

Over the years, the food side of FDA has been so ignored and grown so dysfunctional that even former FDA commissioners readily acknowledged problems in interviews.

“The food program is on the back burner. To me, that’s problem No. 1,” said Stephen Ostroff, who twice served as acting commissioner of FDA, and held several other senior roles at the agency, most recently as top food official. When POLITICO called Ostroff for this story, he was so eager to discuss the agency’s problems, he prepared a laundry list of his concerns.

Indeed, POLITICO’s investigation found that the Center for Food Safety and Applied Nutrition, the little-known food arm of FDA, has repeatedly failed to take timely action on a wide range of safety and health issues the agency has been aware of for several years, including dangerous pathogens found in water used to grow produce and heavy metal contamination in baby foods.

The agency has been slow to acknowledge numerous other chemicals of concern, including PFAS, so-called forever chemicals, which can be found in the food supply and are used in food packaging.

FDA has dragged its feet on major nutrition issues, even as diet-related disease rates in the US have continued to worsen. For example, FDA has spent the better part of a decade working on voluntary sodium reduction goals for food companies while many other countries moved ahead with their own years ago.

“They just kick the can down the road,” said Scott Faber, senior vice president at the Environmental Working Group, who used to work for the food industry’s top trade association. “We’re global laggards.”

This government dysfunction has a real impact on people’s lives. The CDC estimates that more than 128,000 people are hospitalized and 3,000 people die from foodborne illnesses each year – a toll that has not lessened after a sweeping update to food safety a decade ago.

A recent outbreak tied to contaminated infant formula, in which at least four babies were hospitalized and two died, is a stark reminder of what’s at stake when the food safety system fails. The first hospitalization was reported to federal health officials five months before the FDA and formula-maker Abbott Nutrition finally recalled the product – in what would become the largest infant formula recall in memory.

By all accounts, the country is also in the middle of a diet-related disease crisis, something that made millions of Americans even more vulnerable to severe illness and death from Covid-19. Even before the pandemic, poor diet was one of the biggest drivers of health care costs and premature death in the United States.

This is not your run-of-the-mill slow-churning Washington bureaucracy. FDA’s food division is so slow, it’s practically in its own league. For this story, POLITICO spoke with more than 50 people, including current and former FDA officials, consumer advocates and industry leaders. Some were granted anonymity to speak candidly.

There is a remarkable level of consensus that the agency is simply not working. Current and former officials and industry professionals used terms like “ridiculous,” “impossible,” “broken,” “byzantine” and “a joke” to describe the state of food regulation at FDA.

There’s a long-running joke among FDA officials that the “F” in FDA is silent.POLITICO.com

“There’s just no question that the agency isn’t meeting the moment,” said Sam Kass, who served as senior policy adviser on nutrition to President Barack Obama and was a key figure behind former first lady Michelle Obama’s childhood obesity campaign.

During the Obama administration, FDA was able to get some significant things done, including an update to Nutrition Facts labels to disclose added sugars, a ban on trans fat and a new requirement to list calories on menus – actions that FDA had mulled for many years. Requiring calorie counts be posted on chain restaurant menus was such a long slog it took eight years from when Congress asked for the policy as part of the Affordable Care Act to when the labels were finally implemented, in 2018. The requirement was temporarily suspended during the pandemic.

Kass, who’s now a venture capital investor in food startups, acknowledged that many of the issues facing FDA are complicated and tough to work on, but the lack of progress can be maddening, he said. “There’s a real need in this country to put pressure and regulatory oversight on an industry that’s producing food that’s undermining the public good.”…..