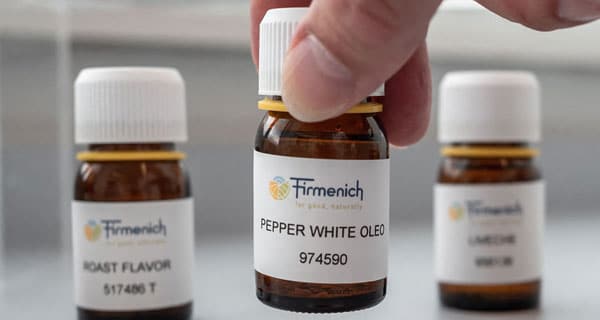 Royal DSM will merge with Swiss ingredients maker Firmenich to form the largest maker of flavours and fragrances, completing its transformation from chemicals company into one more focused on consumer goods.

The deal will combine Firmenich’s significant fragrance and taste heft with DSM’s weighty position in human and animal nutrition and care, with the enlarged company having an annual revenue of more than €11=billion ($12-billion).

The deal crowns DSM’s transformation as the Dutch chemicals company sheds its engineering arm and joins up with a closely held flavour maker that has been owned by the same family for more than a century.

The proposed transaction forms a challenger in the market of food and beverage flavours as well as perfume scents. The industry is dominated by just a few companies including Givaudan, IFF and Symrise.

The proposed transaction, which will give DSM shareholders majority control of the combined companies, values Firmenich at about of perfume scents as well as €19.3-billion euros including debt, based on an equity value of €25.3-billion for DSM. It’s the biggest deal in the industry since International Flavor & Fragrances agreed to buy DuPont’s nutrition business for $26.2-billion in 2019.

Analysts at brokerage Stifel told Reuters the transaction will “create a new giant in the nutrition space, and the only one to combine flavours and fragrances with nutritional benefits.”

By combining in their highly competitive market, DSM and Firmenich expect to become more efficient and gain more customers. DSM agreed to sell a protective materials business to Avient Corp in April and also announced the divestment of its engineering materials business.

It’s yet another transformation for a firm that started as a state mining company, then turned into a massive petrochemicals maker, and later branched out into life sciences.

The Firmenich family will own about 34.5% of the new company and expect to remain long-term shareholders, Firmenich CEO Gilbert Ghostine said.

While Ghostine called the deal a “true merger of equals,” DSM’s shareholders will control DSM-Firmenich via two-thirds of its equity. Owners of the Swiss company agreed to receive about €3.5-billion cash as they swap their shares for the remaining minority stake.

The merger will “create a powerhouse in innovation and creativity,” Ghostine said. It will have 16,000 patents and 15 R&D centres, and a focus on meeting consumer needs around sustainability, health and well-being.

The combined company will get about a quarter of its revenue from each of its product categories: perfumes and fragrances; food and flavours; human health and nutrition; and animal nutrition.

DSM co-CEO Geraldine Matchett will lead the new company along with the other co-CEO of DSM, Dimitri de Vreeze.

DSM-Firmenich will have dual headquarters and will be listed on the Euronext in Amsterdam. The companies are targeting an extra €350-million of recurring profit and a €500-million annual sales uplift several years after the merger.

Executives said they expect annual sales growth of 5% to 7% for the combined company, which would have adjusted Ebitda of about €2.2-billion.

DSM will get a cash injection to help fund the deal from the sale of its engineering materials business to German chemicals group Lanxess and private equity firm Advent International for €3.7-billion including debt.

That divestment, simultaneously announced, is one of the last steps in the Dutch company’s strategic shift.

The boards of both companies unanimously approved the transaction, as did Firmenich’s shareholders. Completion is expected in the first half of 2023, and is conditional on approval from DSM investors.

Executives said they don’t expect the combination to raise any competition issues with regulators.

The food and beverage ingredients arm of DSM-Firmenich will make up nearly one-quarter of the combined entity’s revenue, according to a presentation on the merger. Its focus will include natural, clean-label and sustainable products; ingredients for plant-based foods; and options to boost food’s nutritional profile, including vitamins, probiotics, lipids and solutions to reduce sugar and salt.

Firmenich has been especially active lately in the plant-based realm, introducing ingredients designed to mimic the fat and grilled flavours of animal meat. The Switzerland-based company also offers sugar-reduction options including stevia, monk fruit and sucralose; flavours to help reduce salt; and prebiotics.

Firmenich to acquire Senomyx, pioneer in taste innovation
Deal brewing between Heineken and Distell
Lindt bets big on US chocolate market with purchase of…
Firmenich’s two Flavours of the Year for 2021: a super-root…
Share
Print page
0 Likes
Posting....
Thanks for subscribing!