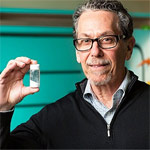 07 Jan 15 Is Fexaramine the weight loss pill we’ve all been waiting for?

The Salk Institute in La Jolla, California, has published details of its research into a  new diet pill called Fexaramine that, unlike anything before it, may well open the door to successful and safe global weight loss.

The way things are, writes Health24’s DietDoc, we’re not oversupplied with slimming pills that actually deliver the goods. This is not the abundance of over-the-counter pills and potions that promise the earth but only deplete your bank balance, but thoroughly-researched, scientifically-sound products that are effective and safe, and help people achieve sustained weight loss.

Unfortunately, all the pharmaceutical slimming pills on the market except orlistat (Xenical or Alli), have had to be withdrawn because of side-effects, such as cardiovascular problems, including arrhythmias and strokes. Consequently the entire world is waiting with bated breath for a breakthrough in this field.

The Salk Institute for Biological Studies in La Jolla, US (founded by Dr Jonas Salk who discovered a vaccine against polio), has now come up with a new diet pill that may well open the door to successful global weight loss.

According to the official media release on the Salk Institute website, it is effectively an “imaginary meal tricks the body into losing weight”.

A recent editiion of Nature Medicine , 5 January 2015, heralded this new Salk Institute (SIBS) research, outlining how the compound, called “fexaramine”, tricks the body into thinking that it has eaten a meal or ingested kilojoules, and also stimulates fat burning.

The research team found that in addition to weight loss, use of the compound lead to lower cholesterol levels, better blood sugar control and less inflammation (a factor that has been identified as a trigger or marker of metabolic syndrome) in the test subjects.

“These results are a dream come true for our obesity plagued global village. However, the one problem is that the “subjects” used in the study were rats!

We know that laboratory animals such as rats may, or may not, exhibit similar reactions to humans where metabolism is concerned. So the acid test will be to use fexaramine in humans to see if the same positive effects can be achieved,” says the DietDoc.

How does it work?

Animals and people produce what is called the “farensoid X receptor (FXR)”. This is a protein that influences how the body releases bile acids from the liver into the digestive tract to digest fats and also store fats and sugars.

In humans, FXR is activated when we start eating. Expecting a hearty meal FXR will trigger the release of bile acids and will also alter blood sugar levels and stimulate fat burning to make way for the awaited influx of energy (kilocalories or kilojoules).

Until now researchers have concentrated on developing drugs that activate FXR all throughout the body, namely in the intestine, liver, kidneys and adrenal glands. Such medications, however, have the potential to lead to a variety of side-effects.

So the team at the Salk Institute for Biological Studies decided to concentrate on only switching on FXR in the intestines to see if this would produce the positive weight loss results, without the side-effects associated with absorbing the compound into the bloodstream. Their study with rats indicates that they may have come up with a winning product.
Promising results

According to Ronald Evans, the director of the Gene Expression Laboratory at the Salk Institute for Biological Studies, fexaramine has an advantage over most prior pharmaceutically developed diet pills because it is not absorbed into the bloodstream but remains in the intestines.

The compound should, therefore, cause fewer negative side-effects. Evans says: “When you eat, you have to quickly activate a series of responses all throughout the body. And the reality is that the very first responder for all this is the intestine.”

In the SIBS study, obese mice were given a daily fexaramine pill for five weeks. The results showed that these mice stopped gaining weight, lost fat and reduced their blood cholesterol and sugar levels when compared to control mice.

The body temperature of the treated mice also increased, which indicates that their metabolism was stimulated and they converted some of their white fat deposits into brown fat which burns energy.

“Considering that up to 70% of South Africans are overweight or obese, facing a tsunami of secondary conditions such as diabetes and heart disease, as well as certain cancers, an effective diet pill would be an absolute blessing,” notes the DietDoc.