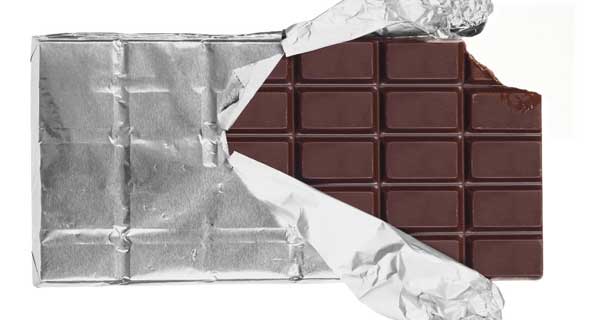 How in the world can chocolate be convincingly sold as a health food? You can thank a decades-long effort by the chocolate industry. A fascinating article from Vox.com….[a long read]

A YEAR AFTER James Cadbury, the 30-something great-great-great-grandson of the British chocolatier, John Cadbury, launched his luxury cocoa startup in 2016, he introduced an avocado chocolate bar. 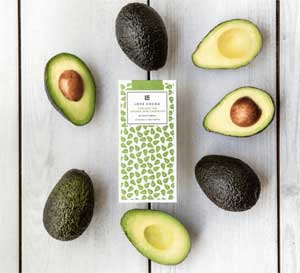 Wait, what? Make no mistake: This vegan avocado chocolate bar is candy. With nearly 600 calories and 43 grams of fat per 100-gram serving, the bar packs more fat and calories than Cadbury Dairy Milk, and just a little less sugar.

So how in the world could a chocolate bar be convincingly sold as a health food? You can thank a decades-long effort by the chocolate industry.

Over the past 30 years, food companies like Nestlé, Mars, Barry Callebaut, and Hershey’s — among the world’s biggest producers of chocolate — have poured millions of dollars into scientific studies and research grants that support cocoa science.

But Big Chocolate’s foray into nutrition research is a great case study in how industry can steer the scientific agenda — and some of the best minds in academia — toward studies that will ultimately benefit their bottom line, and not necessarily public health.

Here at Vox, we examined 100 Mars-funded health studies, and found they overwhelmingly drew glowing conclusions about cocoa and chocolate — promoting everything from chocolate’s heart health benefits to cocoa’s ability to fight disease.

This research — and the media hype it inevitably attracts — has yielded a clear shift in the public perception of the products.

“Mars and [other chocolate companies] made a conscious decision to invest in science to transform the image of their product from a treat to a health food,” said New York University nutrition researcher Marion Nestle (no relation to the chocolate maker).

“You can now sit there with your [chocolate bar] and say I’m getting my flavonoids.”

Amid a historic obesity epidemic, this new niche of nutrition science has helped build a solid aura of health around chocolate — and grow consumer demand.

Chocolate retail sales in the US have risen from $14.2-billion in 2007 to $18.9-billion in 2017, the market research group Euromonitor International found, at a time when candy sales overall have been waning.

Big Chocolate’s investment in health science was a marketing masterstroke, catapulting dark chocolate into the superfood realm along with red wine, blueberries, and avocados — and helping to sell more candy.

Health-conscious consumers now increasingly seek out “premium” dark and gourmet chocolate, Euromonitor found, the success of which “stems partially from the health benefits associated with a higher cocoa content.”

But despite the industry effort to date, cocoa still has never been proven to carry any long-term health benefits. And when it’s delivered with a big dose of fat and sugar, any potential health perks are very quickly outweighed by chocolate’s potential harm to the waistline.

That’s something consumers all too easily forget in the face of delights like the vegan avocado chocolate bar.\

How Mars helped turn chocolate into a heart healthy snack

In 1982, Mars — the company that has brought us M&M’s, Snickers, and Twix — established the Mars Center for Cocoa Health Science in Brazil to study, in part, the biology of cocoa and its impact on human health.

Since then, mainly through the company’s scientific arm Mars Symbioscience, established in 2005, it has flooded journals with more than 140 peer-reviewed scientific papers.

Mars’ initial focus on studying the health benefits of chocolate has shifted to studying a group of compounds called flavanols.

Flavanols are micronutrients found in many fruits and vegetables, including cocoa. These “phyto” — or plant-derived — chemicals have antioxidant properties and seem to promote vascular health (more on that later). Researchers suspected flavanols might be one of the reasons fruits and vegetables are so good for the body.

Companies selling flavanol-rich products have been on a quest to find out what flavanols do — and how they can be hyped.

One of the earliest Mars papers, published in the Lancet, demonstrated that chocolate was a great source, even compared to flavanol-rich tea. “As a result,” the candy company claims on its website, “Mars started a research program to identify and isolate flavanols from cocoa, and to use these cocoa flavanols in the study of human health benefits.”

In addition to the science Mars generates, the company has also endowed a chair in nutrition science at the University of California Davis, and sponsored research conferences that focus on subjects like “The Potential Use of Cocoa Flavanols in Preventing Cardiac and Renal Disease.”

To find out what kind of conclusions Mars-sponsored studies come to, Vox searched the health literature and identified 100 original cocoa health studies funded or supported by the chocolate maker over the past two decades. (We also found dozens more Mars-supported cocoa studies that weren’t health-related and systematic reviews of the research evidence.)

Among the findings in the Mars-sponsored health studies: Regularly eating cocoa flavanols could boost mood and cognitive performance, dark chocolate improves blood flow, cocoa might be useful for treating immune disorders, and both cocoa powder and dark chocolate can have a “favorable effect” on cardiovascular disease risk.

The institutions that received Mars support stretch across the US and all over the world — from UC Davis to Harvard and Georgetown universities, from Heinrich Heine University in Düsseldorf, Germany, to the University of Buenos Aires, Argentina.

All told, nearly every one of the studies came to positive and favorable conclusions about cocoa or chocolate…..