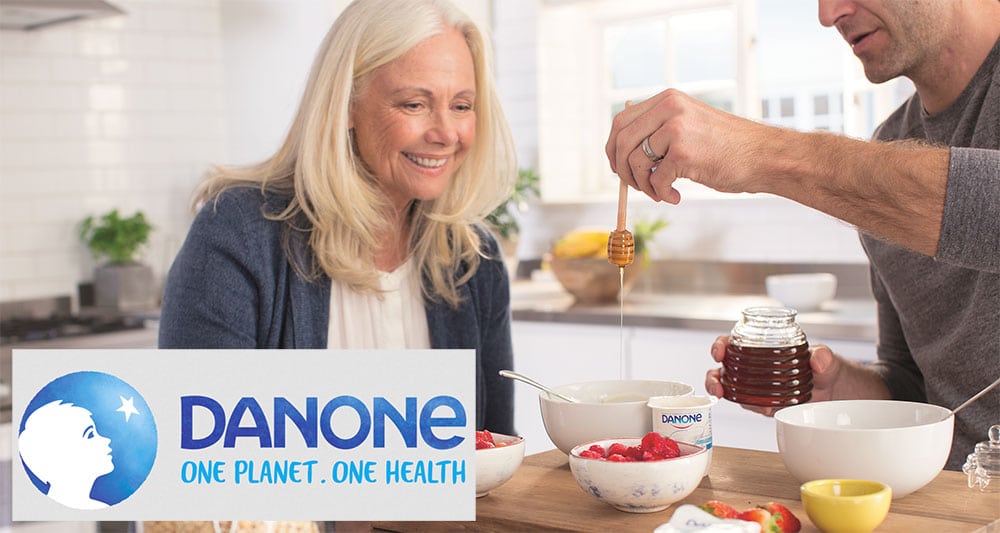 The French multinational aims to fix its business model in post-Covid landscape as new products and bottled water sales plunge.

Danone will cut as many as 2,000 jobs, including one in four positions at its global headquarters, as the world’s largest yoghurt maker attempts to revive profitability after getting hit by the coronavirus pandemic harder than other rivals.

The company said this week it is considering moving global headquarters for its various businesses closer to the base of its French operations in Paris. Annual cost savings should reach €1bn by 2023 after the measures, also fuelled by more efficient purchasing. The job cuts represent about 2% of Danone’s total staff.

CEO  Emmanuel Faber, who started the year with a focus on sustainability, is changing tack to address internal management shortcomings. The company has struggled for years to breathe life into its European dairy division despite introducing dozens of new products. Now with the pandemic, its bottled water division is reeling as restaurants shut down.

“We had structural weaknesses in the way we worked and organised,” Faber said in a call with analysts. “We were over-innovating, and pushing products we weren’t able to support or that wouldn’t make it as a lasting innovation. It was a misuse of resources.”

Danone is abandoning multiple layers in its hierarchy, which had been based on global product categories, to give more authority to local management. Competitors such as Nestlé have long followed a regional strategy. Investors want more portfolio changes and sweeping personnel changes amid discontent with Faber, a survey showed in October.

“They are not good numbers,” Faber told attendees at an investor day held virtually on Monday (23 November) when he detailed and explained the new strategy dubbed Reinventing Danone. “What led us from being a company which in mid-2018 was trading at par or at a premium versus our peer group to be today in a situation 18 months later where we trade at about a 30% discount? The share price is not where we believe it should be.”

The CEO continued: “I don’t think we want to blame Covid for all the impact that we are seeing in this year’s numbers. I think we had our fair share of opportunities that we’ve missed in the last several years. Our margin has expanded faster than ever but it is still lagging behind a series of our peers. Many of them have gone through heavy restructuring and significant reorganisation plans over the last five, two, three years and we have not. And it is high time we do.”

A common theme running through food manufacturers during the pandemic has been consumers seeking out trusted and established brands. But Faber is taking that to another level by converting the three existing business divisions to six separate zone teams with a “local first” philosophy slanted toward geographical units to “reconnect us with our profitable agenda as soon as possible”.

Europe; CIS and Turkey; Asia, Africa and the Middle East; Greater China and Oceania; Latin America; and Specialised Nutrition make up the new teams, each headed up by a series of leaders.

Faber hopes the initiative will lead to a less complex decision-making process more adept at responding quickly to customer needs in product innovation in individual markets, and with it has launched a “design-to-delivery” function headed up by chief operating officer, Henri Bruxelles.

Danone is taking a lead from others like Kraft Heinz and Mondelez in eliminating product lines to weed out dead wood and improve efficiencies, as retailers continue or step-up efforts to reduce their SKU counts. Next year, the company plans to cut 20%, or 2,000 SKUs, as the CEO seeks to realise EUR1bn ($1.18bn) in cost savings by 2023 – EUR700m from SG&A expenses and EUR300m through extra efficiencies aimed at improving gross margins.

While Danone is streamlining its management structure and operational set-up, it also plans to expand its presence in the plant-based category, particularly in Mexico, Eastern Europe, Asia and the CIS. Danone has an aim of growing its plant-based sales globally from around EUR2bn in 2019 to EUR5bn in 2025

New areas of focus have also been identified, e-commerce, which according to Veronique Penchienati, the CEO for Danone’s international division, is the “fastest-growing” element of Danone’s business, along with healthy ageing, for which the company has set up an accelerator unit in Asia and will seek out partners.

To get a measure of the challenges ahead to improve efficiencies, Danone operates 190 factories around the world, with 300 co-packers, 13,000 SKUs, seven R&D centres and 53,000 suppliers. But the company has now nailed down its country-related business units to 22 from 61.

“Yes there is Covid, but there was more than Covid. We had structural weaknesses in the way we work and organise and the way we built our competencies, and we made them work within the company. Yes there were self-inflicted ways of working at Danone that prevented us from benefiting from the full scale of our great categories and brands that we have..” Faber said.

For the time being, Covid-19 is likely to dictate Danone’s trajectory until solid evidence emerges that Faber’s transformation plan will deliver the desired results. For now, markets have yet to be inspired with the stock down on the week so far.

Read the Danone press release on these developments here….