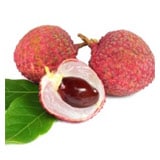 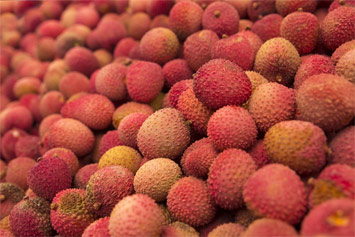 An intensive investigation of a mysterious annual epidemic in northern India in which thousands of young children have suffered convulsions, lapsed into comas and died has concluded that eating litchi fruit is the cause.

THREE YEARS AGO, Dr Rajesh Yadav, an investigator with the India Epidemic Intelligence Service, moved to the city of Muzaffarpur, the site of one of the country’s most mysterious outbreaks. And he waited.

Every year in mid-May, as temperatures reached scorching heights, parents took children who had been healthy the night before to the hospital. The children awakened with a high-pitch cry in the early morning, many parents said.

Then the youths began having seizures and slipping into comas. In about 40 percent of cases, they died.

Every year in July, with the arrival of monsoon rains, the outbreak ended as suddenly as it began.

Beginning in 1995, investigations variously ascribed the phenomenon to heat stroke; to infections carried by rats, bats or sand flies; or to pesticides used in the region’s ubiquitous litchi orchards. But there were few signposts for investigators.

Instead of occurring in clusters, the illness typically struck only one child in a village, often leaving even siblings unaffected.

A joint investigation by India’s National Center for Disease Control and the India office of the Centers for Disease Control and Prevention in Atlanta, recently published in the British medical journal The Lancet Global Health, has identified a surprising culprit: the litchi fruit itself, when eaten on an empty stomach by malnourished children.

In 2015, as a result of the investigation, health officials began urging parents in the area to be sure to feed young children an evening meal and to limit their consumption of litchis.

In two seasons, the number of reported cases per year dropped to less than 50 from hundreds.

“It was an unexplained illness for so many years,” said Dr Padmini Srikantiah, a senior epidemiologist with the CDC and the senior author of the paper. “This is kind of emblematic of why we collaborate, to build this kind of systematic approach.”

The Lancet article walks through a two-year medical detective story, as epidemiologists like Dr Yadav closely examined the lives of hundreds of afflicted children, trying to understand everything they had eaten, drunk and breathed.

“It was a very intense situation, because we witnessed children dying in front of our eyes every day, as soon as they arrived at the hospital,” said Yadav, who now works with the CDC in Atlanta. Especially difficult were the detailed interviews of parents, many of whom had carried a convulsing or comatose child for hours to get to the hospital.

“They were in a kind of panic,” he said. “Their children were dying, and it was an unknown thing.”

The first clue: There was no evidence the children had infections.

For 20 years, clinicians were unable to determine if the disease, which led to acute brain swelling known as encephalopathy, was caused by an infection — the immediate assumption in many outbreaks here.

Investigators pored over records from the previous year’s outbreak and were struck by the fact that many of the sick children did not have a fever. Analysis of spinal fluid samples overwhelmingly showed that the affected children did not have elevated counts of white blood cells, a sign the body is fighting infection.

The second clue: Most of the victims had very low blood sugar levels.

Having collected biological samples from more than 300 children, the researchers were able to scan a large number of markers — including some they hadn’t suspected.

Glucose had never been a particular concern for investigators. But some of the affected children had strikingly low levels, and those with low blood glucose were twice as likely to die, Dr Srikantiah said…..