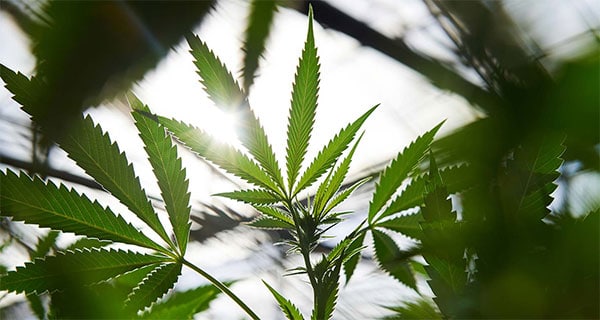 When is cannabis, CBD, or hemp legal in South Africa? As interest has exploded in cannabis as a health and foodbev ingredient, Janusz Luterek of Hahn & Hahn Attorneys explains the often-confusing arena….

The Constitutional Court did not legalise cannabis in all its forms for commercial use and, in a nutshell, merely ruled that it is not illegal for an adult to use cannabis in private.

There is no legalisation on the growing, distribution, or manufacture of cannabis-derived products by the Constitutional Court and the normal laws still apply to all of these and contravention of these laws can result in criminal prosecution and long jail sentences.

Cannabis and all its derivatives were Scheduled as Schedule 7 substances under the MRS Act, but in Notice R755 of 23 May 2019 it was rescheduled as a Schedule 4 medicine (need a prescription), with certain very low dose and low potency CBD products being excluded from Schedule 4 under very specific conditions.

These are less than 20mg dose, less than 0.001% THC (if in a capsule form) or in the case of processed products made from cannabis raw plant material and processed products, where only the naturally occurring quantity of cannabinoids found in the source material are contained in the product, and which contain not more than 0,001 % of THC (≥10ppm), and not more than 0,0075 % total CBD (≥75ppm).

SAHPRA made it clear that this had to be proven with a Certificate of Analysis in all cases and, later, after a confusing interview on Radio 702, clarified that it is still a medicine (albeit a complementary medicine) and is not a food or ingredient as the MRS Act and SAHPRA have no authority over food (which falls under the Foodstuffs, Cosmetics and Disinfectants Act “FCD Act”).

So now we know CBD and cannabis may not be used in food, but what about hemp? Surely hemp protein and derivatives have been sold for a long time in South Africa (usually in health shops) as food.

The difficulty is the distinction between hemp and cannabis and whether the hemp is really hemp! In the US, it has been shown that a large proportion of hemp and CBD supposedly derived from hemp actually has levels of THC associated with cannabis and in excess of the maximum permissible in the US (and thus in South Africa even under the SAHPRA position).

Presuming that there is certainty that actual hemp is being used and that it has been tested and certified as having below 0.001% THC and the amount of CBD (COA required) also falls below that specified by SAHPRA, then it is arguable that it can be used in a foods as a food ingredient or a food as such in terms of the FCD Act (in that it is safe and is ordinarily eaten as a foodstuff).

The matter is however complicated by a pending amendment to the Liquor Products Act Regulations which aim to prohibit the use of hemp flavourings or nature-identical hemp flavourings or extracts or anything derived from the genus cannabis in any liquor product!

Thus, the haze can be partially lifted on the subject of the commercial use of cannabis and CBD but there are still areas, especially surrounding the use of hemp and derivatives as a food ingredient.

For all legal issues relating to the food industry, you can contact Janusz Luterek here…

The green rush: The status of legalisation of Cannabis products in South Africa – podcast

This Bruce Whitfield interview on the Money Show (Radio 702 and Cape Talk) focuses on the differences between recreational use and medicinal use, and other legal questions surrounding the new legislation.