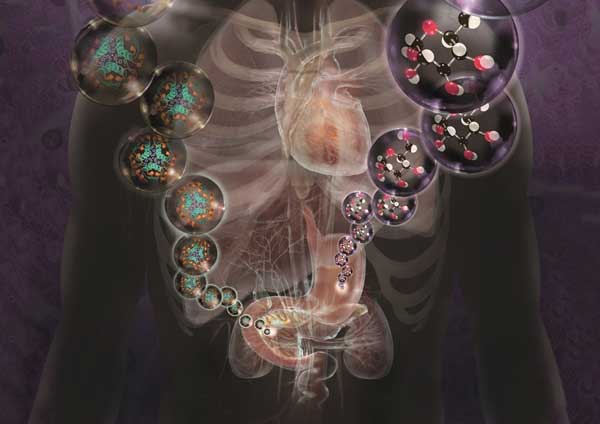 17 Jul 17 The cholesterol and calorie hypotheses are both dead — it is time to focus on the real culprit: insulin resistance

Aggressive lowering of low-density lipoprotein cholesterol (LDL-C) has been the cornerstone of preventative cardiology for decades. Statins are widely used as the go-to solution for the prevention of heart disease owing to their ability to slash LDL-C levels, a ‘surrogate marker’ of cardiovascular disease (CVD). Indeed, statins are one of the most widely prescribed class of drugs in the world.

But this phenomenon begs two questions: is the enthusiasm for aggressive lowering of LDL-C justified; and is pharmacotherapy superior to lifestyle intervention?

Over the years, medical guidelines have continually expanded the number of individuals for whom statin therapy is recommended. Proponents argue that statins are ‘life-savers’ and that ‘people will die’ if they discontinue their medicine[1],[2].

Prominent researchers from reputable universities have declared that ‘everyone over 50’ should be on a statin to reduce their risk of CVD and that even children with high LDL-C as young as 8 years should be afforded statin therapy[3].

However, the true benefit of statins in altering risk of CVD is increasingly being questioned by respected members of the medical community, creating bitter divisions within the ranks.

Several cardiologists have countered that the benefits of statins have been grossly exaggerated (especially as primary prevention), while their risks have been consistently underemphasised. In some quarters, the scepticism about statins has reached fever pitch. Some say that the preponderance of statin trials has been tainted by ‘industry sponsorship’, influenced by ‘statistical deception’, and riddled with ‘flawed methodology’[4],[5],[6].

Those who challenge the cholesterol hypothesis are accused of ‘cherry-picking’ the data. Ironically, pro-statin researchers themselves are the ones who are guilty of cherry-picking.

A recent article in The Lancet, published in 2016, purported to end the statin debate, ostensibly to silence dissenting views[7]. Yet, despite billions invested in developing medicines to reduce LDL-C drastically, there remains no consistent evidence for clinical benefit with respect to either events or mortality.

For instance, there are 44 randomised controlled trials (RCTs) of drug or dietary interventions to lower LDL-C in the primary and secondary prevention literature, which show no benefit on mortality[8]. Most of these trials did not reduce CVD events and several reported substantial harm. Yet, these studies have not received much publicity.

Furthermore, the ACCELERATE trial, a recent well-conducted double-blind randomised controlled trial, demonstrated no discernible reduction in CVD events or mortality, despite a 130% increase in high-density lipoprotein cholesterol (HDL-C) and a 37% drop in LDL-C. The result dumbfounded many experts, sparking renewed scepticism about the veracity of the cholesterol hypothesis[8].

There also appears to be no clear reduction in coronary heart disease mortality in western European countries from statins for primary and secondary prevention[9]. More recently, a post-hoc analysis showed no benefit of statins (pravastatin) in elderly people with moderate hyperlipidaemia and hypertension in primary prevention, and a non-significant direction toward increased all-cause mortality among adults 75 years and older[10].

Alarmingly, an assessment of industry-sponsored RCTs showed the median increase in life expectancy for selected participants in secondary prevention trials who adhered to taking statins every day for several years was a mere four days[11].

Similarly, the recent report of the efficacy of the latest ‘blockbuster’ drug evolocumab (Repatha, a PCSK-9 inhibitor) was underwhelming, despite the media hype. Published in The New England Journal of Medicine, the paper reported that evolocumab (together with a statin) lowered LDL-C by a whopping 60%, yet translated into only a 1.5% reduction in (non-fatal) CVD events[12].

Put simply, none of the patients who took the drug lived longer than those taking placebo. Hence, while the drug might synergise with a statin to prevent a non-fatal (or minor) heart attack, it seems to increase the risk of some other equally life-threatening pathology, resulting in death. As noted in an article in The Daily Telegraph (UK) in May 2017, European participants in the trial had no benefit in preventing any hard outcomes[13].

When looking at the totality of the evidence, the sobering results of these studies have left many doctors wondering whether the directive to lower LDL-C aggressively using pharmacotherapy has been misguided. ‘Big Pharma’ has certainly triumphed, yet the patients have not.

There is an ethical and moral imperative that the true benefits and potential harms of these drugs are discussed to protect patients from unnecessary anxiety, manipulation, and iatrogenic complications.

Furthermore, contrary to reports about stopping statins as a consequence of media scare stories about side effects resulting in thousands of heart attacks and deaths, there is no scientific evidence from registry data of a single person suffering such a fate…..

You can view some expert reactions to the article here