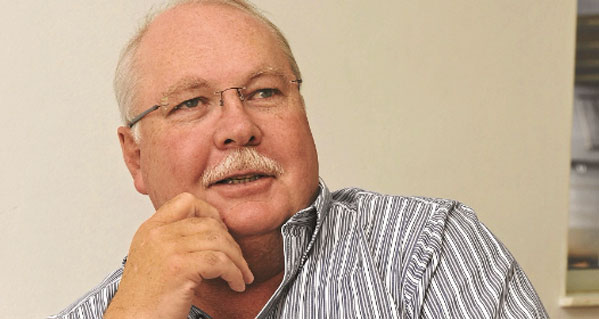 Every week The Money Show’s Bruce Whitfield interviews a famous person about her or his attitude to money (hopes and fears, successes and failures, etc.) as part of his weekly “Make Money Mondays, Personal Edition” feature. Here’s a recent interview with Astral Foods CEO, Chris Schutte.

Under the leadership of Schutte; Astral had a hugely profitable 2017. The company recently indicated it expects a 410% increase in earnings for the six months to end-March, suggesting a dividend of around 1800 cents per share.

Schutte was recently featured on The Money Show; campaigning for the inclusion of chicken in the VAT-free basket of foods, which doesn’t have any meat products currently.

I never had the privilege to go to university… There was no money… and I don’t think my grades were good enough.

I had my first heart attack at 30 working 18 hours a day… I’ve had five, and I’m still around… My attitude was work hard, and work longer hours… In the poultry industry, there really is no other way… — Chris Schutte, Astral Foods