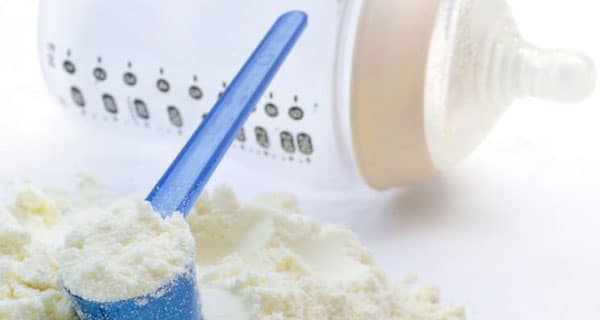 Lactalis, one of the world’s largest dairy groups, may have been producing Salmonella-conaminated baby milk for more than a decade, its CEO has been quoted as saying on this unfolding food safety saga.

The French company has recalled 12 million cans of milk in France and several other countries since babies got sick last year after drinking milk produced at a Lactalis factory in Craon in western France.

Salmonella infections can be life-threatening, particularly for young children.

The same strain of Salmonella was responsible for some infections in 2005, Besnier told French newspaper Les Echos, adding it was possible the factory was the source for those cases, and others since.

“It cannot be excluded that babies have consumed contaminated milk over this period,” Besnier said.

The Institut Pasteur, which monitors micro-organisms and diseases, said more than 200 babies in France had been infected with Salmonella Agona since 2005, including 38 between mid-August and December 2016. There were 25 confirmed illnesses between 2006 and 2017 and 141 in 2005, Reuters reported.

French health authorities have said 36 of the 38 cases in 2016 were clearly linked to Lactalis milk, as was one in Spain and a suspected one in Greece. A group representing victims’ families says there were at least 10 more cases.

The privately-owned company exports its products to dozens of countries in Europe, Africa and Asia. It also sells in the US, but none of the recalled baby milk has been traced to US distributors so far.

Last month, French authorities searched five Lactilis sites, including the Craon plant. Besnier said a facility at that plant has been closed and will stay that way.

After talks with Lactalis management, French authorities said last month the company would recall all infant formula milk products made at the Craon factory that were still in warehouses and on store shelves, regardless of the date of manufacture.

The company has said the recall affected more than 12 million products in 83 countries.

French fraud and health authorities have launched a criminal investigation into how the massive recall was handled. Some retailers were still selling the products days after they were recalled.

This week, Besnier questioned the effectiveness of 16,000 tests performed by an unidentified private laboratory last year, saying they revealed nothing.

“If the analysis of end-products had revealed the presence of Salmonella Agona, we would of course not have marketed the products and we would have avoided the crisis,” Lactalis said in a statement referring to the tests.

The victims’ association reacted to Besnier’s comments with dismay.

“These are several hundred million boxes concerned and several hundred thousand tonnes of products sent to more than 80 countries. This is a health scandal of unprecedented scale,” it said in a statement. “This implies that the victims could have been much more numerous.”