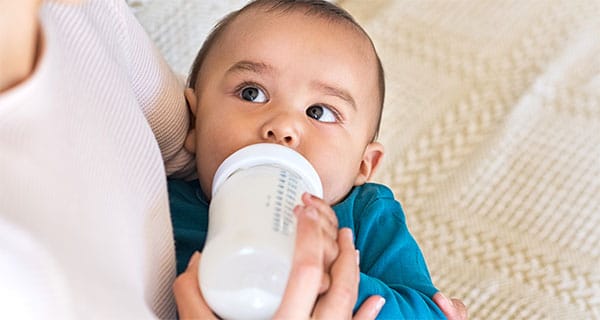 Science has made impressive gains in the art of producing animal products minus the animal. Now this emerging field of cellular agriculture is taking on its biggest challenge yet: breastmilk.

Breastmilk is a complex substance, and breastfeeding is even more complicated. We are a long way from recreating it in its entirety.

It’s one thing to produce a chicken nugget or even a whole-cut steak via cellular agriculture, but providing a developing child with every nutrient they need for the first year of life is another.

But cell-cultured breastmilk could soon help non-breastfeeding parents who want a better option than existing formulas based on cows’ milk.

How to make breastmilk

Breast milk cultivation has many similarities with the production of cultured meat. The basic steps are as follows:

‘Let food be thy medicine, and medicine be thy food’

Breastmilk sets the brain, immune system and metabolism on a lifelong course of improved cognitive function, and reduced infection and chronic disease. For babies who are premature or sick, the value of breastmilk is particularly pronounced.

Breastmilk comprises an optimal balance of water, carbohydrates, fats, proteins, and micronutrients, along with a mix of maternal immune cells, stem cells, antibodies, and healthy bacteria that seed the child’s gut microbiome.

Breastmilk also changes over time to meet the changing needs of the developing child. It may even directly help with infections. When pathogens from the baby’s upper respiratory tract enter the mammary duct, the mother can mount an immune response and feed targeted immune cells and antibodies back to the child.

The many downsides of current breastmilk alternatives

For a wide variety of reasons, breastfeeding is not an option for many new parents. According to the latest available report from the Australian Bureau of Statistics (covering the 2017-18 financial year), only 29% of 6-month-olds were exclusively breastfed but more than half (53%) had not been introduced to solids.

This suggests around a quarter of babies are being fed formula. Infant formula is perfectly acceptable from a nutritional standpoint, but it can’t replicate the intricacies of the real thing.

Most infant formula is made from cows’ milk, which is optimal for a calf rather than a human baby, and lacks the more nuanced health-promoting factors such as the mother’s antibodies and beneficial bacteria.

Additionally, recent calculations show that feeding babies formula generates more carbon emissions than breastfeeding. This accounts for the 500 additional calories a breastfeeding mother should eat, even when the mother was eating animal-based foods.

Donated milk is another alternative to breastfeeding, but it is hard to come by and milk banks prioritise preterm and sick babies. During the 2020-21 financial year, Australian Red Cross Lifeblood recorded 2,320 litres of breastmilk donated to more than 1,000 vulnerable babies.

There are also online breastmilk markets on the likes of Facebook and Craigslist. These are unregulated, are potential sources of infectious diseases, and leave desperate parents vulnerable to exploitation.

While no cell-cultured breastmilk is yet commercially available, several companies are working on it. Some of those closest to releasing a product include US-based BIOMILQ, Israeli BioMilk, and US-Singaporean TurtleTree Labs.

When will these products be available? It’s hard to say exactly.

There are appreciable hurdles in both fundamental research and regulation to overcome before cell-cultured breastmilk companies can manufacture at scale. But private investment in the industry is growing rapidly, as is interest among university-based researchers.