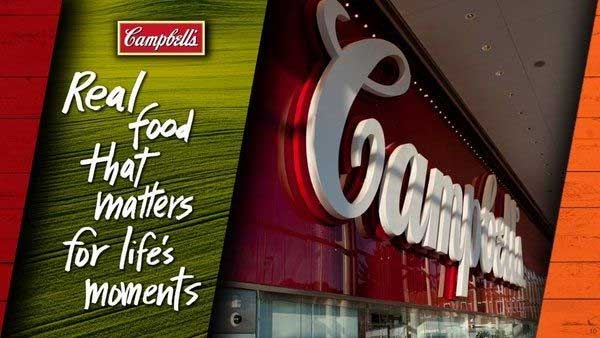 Campbell’s Soup is withdrawing from the Grocery Manufacturers Association, the largest trade association in the US, representing 250 of the major food, beverage and consumer product companies.

In a move the company said is not driven by financials but instead by “our purpose and principles,” Camden-based Campbell Soup Co said it would withdraw from the GMA at the end of the year. 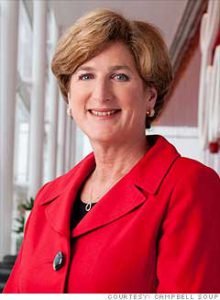 “As we continue to evolve as a purpose-driven company, many of our beliefs have diverged from the rest of the food industry and from our trade association,” Denise Morrison, president and CEO (left), said during a July 19 corporate analyst meeting.

Over the past several years, Morrison said Campbell Soup has taken ownership of its company purpose and has made the phrase “Real food that matters for life’s moments” a fabric of who it is.

The company’s purpose, she said, continues to be the single most important change in Campbell Soup’s culture in the past few years,  and has fundamentally changed the way the company thinks, talks and acts about its food.

“It’s created an enterprise understanding that the future of food is rooted in health and well-being, and it’s changed the way we make decisions and allocate resources,” Morrison said.

Morrison said Campbell Soup has taken important steps to be a leader in transparency, including the launch of whatsinmyfood.com, and continues to believe that transparency is the single most important ingredient in the recipe for earning consumer trust, especially with new generations who demand to know where their food comes from and how it’s grown. 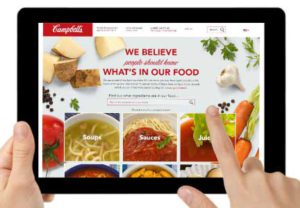 “Our purpose has led us to take principled positions about the most pressing issues facing the food industry,” she explained.

“One of the problems with having principles is you have to live by them. And as a result, at times, we find ourselves with philosophical differences with many of our peers in the food industry on important issues.

“For example, viewing GMOs through the lens of our purpose caused us to think very differently about transparency, and we changed our position on GMO labelling.

“It was a popular decision in the eyes of consumers and customers. Another recent issue is the delay in the implementation of FDA’s new Nutrition Facts Panel. While the FDA has agreed to delay implementation, we’re continuing to strive to meet the original deadline of July 2018.”

Morrison also announced will partner with Sage Project to raise the bar on food labelling and transparency.

Through the use of design and technology, Sage has developed a new food data platform with reimagined food labels to allow consumers to locate the information they need about the food they eat, Morrison said.

“Sage creates labels we always wanted for our foods. Transparency doesn’t mean much if the consumer doesn’t understand what they’re looking at.

“We believe that food data should be open, accessible across digital platforms and most of all, easy to understand. Sage’s technology creates the labels we’ve always wanted for our food: smart, simple, personalised and interactive.

“This represents a quantum leap forward in giving consumers the information they are demanding about their food. Sage’s customisable digital lens includes meaningful information about calories, nutrition, product attributes and where the food was made.”

The move coincides with Campbell’s larger $50-million investment in improving the quality of its food, which includes its decision to go clean by, for example, removing artificial flavours from its products and using antibiotics-free chicken.

Morrison said it also adds to Campbell’s goal to increase its tech innovation and boost capabilities in new channels, such as e-commerce, as the consumer shifts to online shopping.

She estimated online grocery sales will hit $66-billion by 2021 and that Campbell’s will generate $300-million in that space.

“At Campbell’s, we’re listening to consumers,” Morrison said. “We recognise that real and healthier food is better for our consumers and our business. Our goal is to be the leading health and well-being food company.”