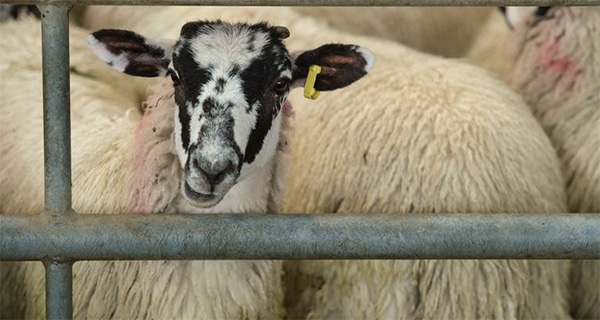 The continuation of live animal exports is being challenged here and throughout the world, with the recognition that its commercial value is blighted by gross animal welfare and human rights violations.

At the end of March, South Africa’s Director of Veterinary Public Health Dr Mphane Molefe invited the public to make comments on the new Guidelines for the Transportation of Live Animals by Sea. This follows years of litigation by the NSPCA in an effort to stop the export of live animals, particularly sheep which are frequently exported alive for slaughter to countries in the Middle East.

Yet, other countries around the world are considering much firmer stances on live export. Not long after the South African Guidelines were published, New Zealand’s Minister of Agriculture Damien O’Conner announced a ban of all live animal export by sea for slaughter for a period of two years.

This came after years of exposés on the deplorable conditions animals (and humans) suffer on board the ships as well as the appalling conditions that the animals are met with on arrival at their destinations.

In 2009 one such vessel, the MV Danny F II, was struck by heavy weather off the coast of Lebanon, lost power and sank. The fatalities from the capsizing vessel included 44 of 83 crew and all 10,224 sheep and 17,932 cattle on board.

Animals do not have to die for live export to affect them badly. The live export of animals, and particularly sheep (the primary live animal export from South Africa), is cruel, inhumane and unnecessary. Sheep face extreme stressors before, during and after these long journeys. These stressors can lead to a sheep experiencing inanition from a failure to eat and can result in starvation and death.

Furthermore, during the Northern Hemisphere summer months, the temperatures on board a cargo ship can rise to above 30°C for several days at a time, with little to no relief from high temperatures at night. Many sheep succumb to heat stress as sheep on these vessels battle to thermoregulate. This is an extremely common issue with live animal export by sea that can lead to a high mortality rate of sheep.

Appalling conditions for humans, too

The terrible consequences of live animal export do not stop at animal welfare and also include human rights violations. There are two ways that live export can make humans victims too. The first, and often ignored, is the physical and mental health of those who work aboard these vessels. The second, which is extremely pertinent at the moment amid the Covid-19 pandemic, is the emergence of zoonotic diseases.

On the health and psychological effects on seafarers, Lynn Simpson, a livestock veterinarian, has commented that throughout her experience of live export over the years “what shocked me the most was the disregard for humanity and the poor conditions seafarers are forced to endure. Some companies seem to see seafarers as expendable.”

Examples of some of the inhumane conditions experienced by seafarers on many live export vessels include exposure to dangerous levels of ammonia, carbon dioxide, and highly flammable methane. Many vessels do not have doctors on board for the seafarers and instead, these individuals have to rely on veterinarians, who are charged with assisting animals, for their health needs.

The effects of live export can be both physically and mentally detrimental to seafarers with health issues emanating from exposure to high levels of ammonia and potential exposure to zoonotic diseases, but also from witnessing the abusive treatment of animals on the vessel.

In a South African study of abattoir workers, findings have shown that there was “persistent trauma” related to this type of work. Some workers developed psychological defences against this experience of trauma which included emotional detachment.

This is supported by a recent study in the UK which found that this form of work is linked to the emergence of PTSD (post-traumatic stress disorder) and PITS (perpetration-induced traumatic stress).

The UK study found that there was an increase in domestic violence, alcohol and drug abuse among abattoir workers. The South African researchers also confirmed the potential emergence of violence in the home.

The UN FAO states that Covid-19 is a zoonotic disease. A zoonotic disease is a disease that is contracted by humans from contact with domestic or wild animals. The consequences of Covid-19 alone as a form of zoonotic disease have been the deaths of just above three million people worldwide as a result of the illness.

Although different illnesses contracted from animals can be prevented in ways that would adhere both to animal welfare and health standards, there is a vacuum in South African law and policy around biosafety and food safety, according to Prof Lise Korsten of the Department of Science and Technology/National Research Foundation Centre of Excellence in Food Security.

After the recent listeriosis outbreak of 2017, a food-borne zoonotic disease that took the lives of 180 people, Korsten said, “South Africa was ill-prepared for this devastating food safety outbreak. It is perhaps a reflection of the weaknesses in the whole food system” and “there are several problems. Pieces of legislation that manage how food safety is handled remain outdated. It means that the systems in place are inadequate. This includes detecting and verifying potential problems.”

Live animal export is a practice that has many victims…..

Laboratory-grown beef: meat without the murder, but…
Why are some of us revolted by the idea of eating…
How to make eggs without any chickens
DSM celebrates centenary of vitamins
Share
Print page
0 Likes