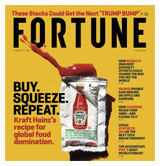 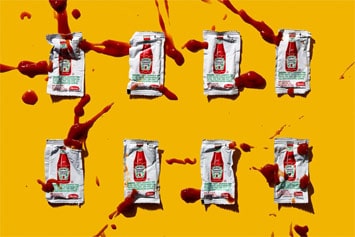 The Brazilian investors who control Kraft Hinez are applying their proven formula to constructs a new global food colossus. What will they buy next?

In Madison (capital of the US state of Wisconsin), they still struggle to accept that it’s really happening. On a not-yet-specified day before the end of March, a Kraft Heinz employee will turn off the lights in the sprawling Oscar Mayer plant, and for the first time in 98 years, no one will be coming back to work.

The facility was once the city’s largest employer, with over 4,000 workers transforming hogs, 900 an hour, into Oscar Mayer hot dogs, bacon, sliced ham, and more. Employment was down to about 1,000 when Kraft Heinz announced in 2015 that it would close the plant, and recently the workers had dwindled to about 400; the products still being made include an item called liver cheese, which few consumers under age 80 are clamoring for. No one knows what happens after March.

Because the 50-acre site will need environmental remediation, its “value” is estimated at negative $10-million to negative $20-million. The city is scrambling to drum up interest in the site but was caught flat-footed; planners never imagined that Oscar Mayer would leave. Redeveloping so many acres won’t be easy. Madison Mayor Paul Soglin told a local publication, “It’s possible that given its size, it will take a decade or more to develop.”

So what happened? Why is a plant that provided good jobs to 1,000 people just 15 months ago being shut down? (Other than the liver cheese.)

The answer even hints at the future of the US food industry—and perhaps has global implications—because all evidence suggests that 3G is just getting started in an effort to transform this whole vast sector. But evidence also suggests that the 3G playbook, which has worked spectacularly well over the past 30 years, may not prove so effective this time.

You can be forgiven if you’re not up to speed on the intertwined corporate marriages and divorces in the world of Big Food.

Kraft Heinz came into being 18 months ago when Heinz bought Kraft Foods Group, a mostly US grocery manufacturer that in 2012 had separated itself from a collection of mostly non-US snack businesses now known as Mondelez Interna­tional, an independent, publicly traded company that could re-enter this saga before long.

Heinz had been bought and taken private in 2013 by 3G Capital, with considerable financing from Warren Buffett. When it then bought Kraft and merged it with Heinz in 2015, 3G took the combined business public as Kraft Heinz.

Buffett’s Berkshire Hathaway owns about 27% of the stock; 3G, about 24%. Got that? While Buffett is the largest shareholder by a slight margin and has three seats on the board of directors, including one for himself, he’s happy to let 3G run the show.

Back before they bought Kraft, he said, “I’m not embarrassed to admit that Heinz is run far better under [3G] than would be the case if I were in charge.”

The 3G management model that Buffett so admires is worth a close look because it’s on track to eat the food industry.

At its heart is meritocracy, broadly defined. Every employee must justify his existence every day. That’s great news for the very best performers; they are promoted with speed that’s unheard-of in lumbering old food companies.

Kraft Heinz CEO Ber­nardo Hees, for example, first became a CEO in 2005 at a company called All America Latina Logistica, owned by a 3G predecessor. He was then made CEO of Burger King, a 3G holding since 2010. He moved up to be CEO of Heinz in 2013 and now of Kraft Heinz. He’s only 46.

Underperformers get fired with the same alacrity. Budgeted costs also are evaluated unsparingly every year, or more often, and are eliminated if they’re no longer judged worth incurring.

After all, Hees (pronounced “Hess”) and other top executives are 3G partners. Their own money is tied up in each venture, and they can’t afford to be sentimental about it.

Which brings us back to the Oscar Mayer plant in Madison. The truth is, that plant should have been closed long ago, and everybody knew it.

“The Madison plant was a terrible plant,” says John Ruff, a retired Kraft executive who spent much of his career in food-processing plants worldwide. “It had good people, but it was an old plant that had been added to over the years. It was never meant to be run as it was being run. Closing it was probably the right thing to do.”

So why hadn’t Kraft closed it long before 3G came along? The reason is a classic problem for big, old businesses: People loved that plant. It was a treasured part of the company’s history. But not to 3G.

Now project that philosophy across a $26-billion company.

Step 1 in the 3G management model is a wholesale replacement of the top team and a blitzkrieg of cost cutting. At Heinz, 3G cashiered 11 of the top 12 executives in one day (as this publication chronicled in a 2013 story headlined “Squeezing Heinz”).

“If you don’t speak Portuguese, you’re at a bit of a disadvantage,” says a former Heinz director.

As with every 3G takeover, cost-cutting measures were imposed immediately after the takeover of Kraft. Office refrigerators long stocked with free Kraft products were wheeled out within days of the merger’s closing. Corporate aircraft were ditched, and everyone from the CEO down was made to fly coach. And today employees on the road are sometimes required to double up in hotel rooms.

More important than the actual savings is the message. “We think and act like owners of our business, treating every dollar as if it were our own,” the company tells prospective employees…..