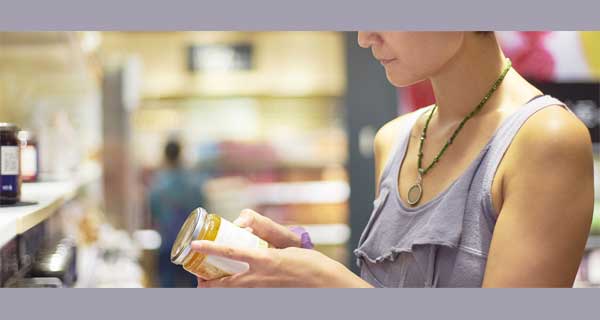 29 Aug 17 Busting the myth that all food additives are bad: a quick guide for label readers

Processed foods often contain additives with intimidating chemical names or numbers. But many of these are derived from or based on naturally-occuring plant and mineral substances.

Here’s a quick guide to the science behind some of the food additives with a nature-based history you can look for on product labels.

Bringing together oil and water

Emulsifiers are compounds that allow oil and water droplets to interact in suspension: the resulting product is called an emulsion.

Everyday food and beverage emulsions include homogenised milk, mayonnaise and salad dressings. The presence of emulsifiers prevents the fat from separating from the rest of the product: in milk, for example, this means the cream does not rise to the top, but instead stays incorporated in the liquid.

Emulsifiers work similarly to detergents, which might make them sound a little bit off putting, but many of the emulsifiers commonly used in foods are sourced from ingredients already occurring in natural products. Examples include lecithin from egg yolks or soy, mucilage from mustard, and components of fatty acids (made from glycerol and natural fatty acids).

Even manufactured emulsifiers such as DATEM (diacetyl tartaric acid ester of mono- and diglycerides), and sodium stearoyl lactylate are generally recognised as safe.

Stabilisers and thickeners are added to foods to increase viscosity (thickness), smooth the texture, give body and help preserve their structure. Food stabilisers, thickeners, and firming agents are added in a relatively small amount and enhance the effect of emulsifiers.

They give a uniform consistency to the product and hold the flavouring compounds in the dispersion. This is used in products like jams, yogurts and jellies to stop the fruit from settling.

They also prevent emulsions from separating. Without stabilisers, your salad dressing and mayonnaise would split – separate into their oil and water-based components – in the fridge. Stabilisers also prevent ice crystals from forming in frozen foods, such as ice cream.

Stabilisers from other natural sources include agar (from algae), carrageenan (from seaweed) and gelatin (from animal collagen). Use of stabilisers and thickeners is not confined to recent food history, and many have been used in food preparation for centuries.

These bind water and enhance the activity of the stabilisers. Although the names of the mineral salts sound very “chemical”, they are really no weirder than table salt (otherwise known by its chemical name, sodium chloride).

The mineral salts used for firming agents often contain mineral components needed by the body, such as calcium, and the same salts may be used in supplements. Again, these agents have been used throughout history: calcium sulphate, for example, has been used to make tofu for thousands of years.

Acids, bases or neutralising agents are added to foods to regulate acidity: this is important for taste and to prevent the growth of microbes such as bacteria. Common acid regulators are sorbic acid, acetic acid and propionic acid.

These may sound frightening (and in concentrated solutions, they might be!) but in small amounts, they are less acidic than our stomach acid and so are nothing to worry about. The human body has its own buffering systems to keep our overall pH balance stable.

Antioxidants are a common component in foods touted as “superfoods”. Antioxidants are also important preservatives in the food industry, where they help foods last longer by preventing reactions with oxygen.

Ascorbic acid (vitamin C) and tocopherols (vitamin E) are natural antioxidants which can be added to processed foods. They sound much less nutritious when referred to as 300 and 306, which are their additive numbers.

Even synthetic antioxidants such propyl gallate and butylated hydroxyanisole (BHA) are generally regarded as safe (they are listed on the USA Food and Drug Administration website). There have been some concerns about adverse results of BHA at high doses in animal tests, but at levels ingested by humans, it appears safe.

Additive is not always a dirty word

Processed foods are often energy dense and light on nutrients. They also often contain additives with intimidating chemical names, or referred to just by their standardised additive numbers.

But, the additives themselves are not necessarily the problem. Natural additives can make foods act in unexpected ways, which enhance the consumer experience and often prolong shelf life.