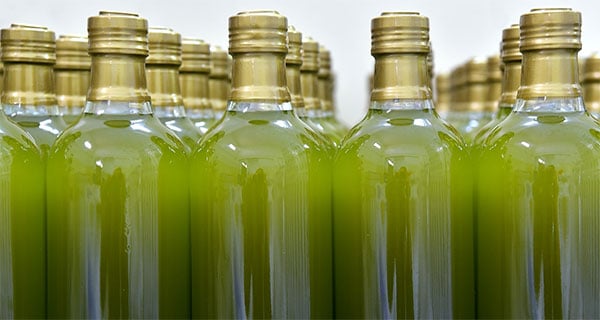 Posted at Tuesday, May 28th, 2019 h in Top International Stuff by Brenda 0 Comments

An international operation coordinated by Europol has resulted in the dismantling of an large organised criminal network behind the fraudulent sale of huge quantities of counterfeit extra virgin olive oil in Germany and Italy.

The operation that targeted the gang, which involved police investigators, from both countries, resulted in the arrest of 20 suspected gang members, as well as the seizure of 150,000 litres of fake extra virgin olive oil.

Members of the gang are said to have sourced wholesale quantities of sunflower oil in Italy, which they then adulterated with chlorophyll, beta-carotene and soya oil in a bid to make it appear as though it was extra virgin olive oil.

Once this process was completed in what Europol described as “unsanitary conditions”, the resultant bogus oil was transported by lorry to Germany, where it was stored by logistics firms before being fraudulently sold onto restaurant owners across the country.

Based on evidence that indicates the network purchased around one million litres of sunflower oil a year, it is estimated that the gang made some €8-million ($8.96-million) annually by selling their counterfeit product for as much as €10 per litre.

Investigators participating in the operation conducted raids at 20 properties in multiple locations, and impounded five lorries that were intercepted while carrying 23,000 litres of counterfeit oil each.

In a statement, Europol said: “This operation, supported by Europol and Eurojust, was carried out within the framework of the international Operation Opson, focused on combating counterfeit and substandard food and beverage products on the market in Europe and beyond.

“Europol supported this case since the beginning by holding an operational meeting at its headquarters in The Hague.”

Operation Opson, which has been run by a coalition of law enforcement agencies including Europol and Interpol since 2011, has resulted in the seizure of many thousands of tonnes of fake and adulterated food and drink, as well as the arrest of scores of suspected members of criminal food fraud gangs.

During the most recent Operation Opson investigation, which took place between December 2017 and March 2018, law enforcement agencies from a record 67 countries removed 3,620 tonnes of substandard and dangerous food from international supply chains, and broke up almost 50 organised crime networks said to have been involved in the illegal trade in counterfeit food and drink.