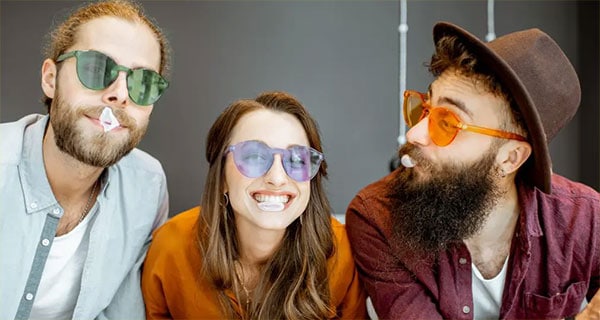 28 Jul 21 Bursting the bubble: chewing gum has lost its cool

Thanks to a multiplicity of trends and changing consumer priorities – and the pandemic – the chewing gum market is coming unstuck….

For decades, chewing gum was a symbol of rebellion, synonymous with youthful angst, bestowing the chewer with an aura of boldness, bravado and sex appeal.

Rockstars masticated on stage. Characters in teen movies chewed with attitude: high-schoolers in “The Breakfast Club” (1985) popped gum with defiance; in “Grease” (1978) Frenchy blows big pink balloons (the cast reportedly got through 100,000 pieces of gum on set).

Now the bubble has burst. Gum has had a bad pandemic: with mouths cloistered by masks, dates delayed and clubbing cancelled, sales of gum fell by 14% worldwide in 2020 over the previous year. Yet sales had been in decline even before covid struck. Why has gum come unstuck?

Chewing for chewing’s sake has a long history. Ancient Greeks munched bark. For centuries the Mayans and Aztecs chewed chicle, a resin from the Mexican sapodilla tree that arrived in New York in the 19th century. It was the Americans who found a way to sell the sticky stuff.

Local gum entrepreneurs began to add different flavours, using chicle as a base. In the 1950s manufacturers swapped chicle for synthetic rubber and plastic, which were cheaper. They also introduced sugar-free gum.

Few products are as pointless as chewing gum, so marketers had to get creative. As William Wrigley junior, founder of the eponymous brand, pointed out: “Anyone can make gum. Selling it is the problem.”

The answer was to make gum whatever you wanted it to be. The selling point of Kis-Me gum was obvious (slogan: “Far Better Than A Kiss”); Vassar, an early Wrigley’s brand named after an elite women’s college, was aimed at the female market. When gum joined the war effort via ration packs in the second world war, it became patriotic too.

But the real success of gum was when chewing it became a challenge to authority. Stigma was part of the appeal. Chewing was a subtle way to undermine your elders: young women were told that gum was unladylike; chewing in school became a symbol of defiance.

By the 1940s Hollywood stars were making gum hip the world over. Youths in wartime Britain copied the chewing of American GIs, hoping to emulate their swagger and carefree attitude. Pop culture, including on-screen stars of the 1970s, consolidated that image. Celebrities chewed with pride. In 2004 a piece of gum spat out by Britney Spears was auctioned on eBay for $14,000.

Things got sticky after the millennium

Though splodges of white still splattered pavements (apart from in Singapore, which outlawed gum in 1992), sales started declining a decade ago and have kept on falling.

Some reckon smartphones are responsible: people had something else to distract them at the supermarket checkout (many people buy gum on impulse). A surge in online shopping was also a factor. Others blamed the rise of alternative breath fresheners, such as mints.

Cultural representations of gum grew less prominent too: the trashy, uncynical pop culture of the 1990s, embodied by rebellious chewers, gave way to a trend for healthy eating and organic foods.

In an age when veganism was on the rise and sustainability became a selling point, gum seemed anachronistic and retro. Chewing on plastic, or popping it all over your face, simply doesn’t appeal to youngsters who scrutinise product labels for artificial ingredients.

It used to be cool not to care. Now the opposite is true.

“Big Gum” now faces competition from new eco-friendly, plastic-free alternatives pitched at disillusioned chewers. A number of new brands, including Simply Gum, True Gum and Nuud Gum, started by millennials go back to the roots of chewing: the core ingredient in these new products is chicle. So far, the biodegradable brands are selling well: they’ve definitely given consumers something to chew over.