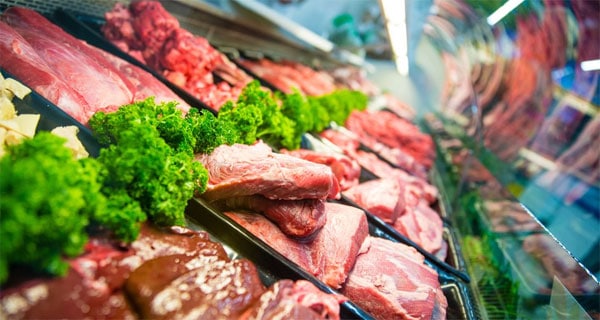 09 Jul 18 Blockchain: A safe link in the food chain

Blockchain, the technology that records information and is most famous for powering cryptocurrencies, could be an answer to SA’s food safety issues, if technology pundits are to be believed.

“Tiger Brands is a great example of why blockchain can be so powerful in the food space,” says World Wide Worx MD Arthur Goldstuck.

Tiger is reeling from an outbreak of listeriosis, responsible for more than 200 deaths in SA since the start of 2017.

The company’s CEO, Lawrence MacDougall, told Bloomberg in June that Tiger may never find out how the strain of bacteria entered its Enterprise processed-meat factory in Polokwane.

“We’ve checked our suppliers, we’ve checked all the things we could … It’s probably not going to be determined,” MacDougall said.

Goldstuck told the FM that a growing number of international case studies are proving that blockchain has real-world applications in food safety.

The idea is that blockchain’s shared records system can be used to track food products from farms, through supply chains and onto retailers’ shelves. That means a contaminated product’s origins can be traced within seconds.

“Walmart is requiring that all fresh produce is integrated into blockchain — it understands very well the importance of validating the provenance of foodstuffs. In South Korea, there’s also huge uptake of blockchain in groceries and foods, not just fresh foods but also processed foods, even sweets,” Goldstuck says.

In the US, technology giant IBM has been running a blockchain network with food companies including Nestlé and Unilever. In China, it is running pilots with Walmart, Tencent associate company JD.com and Tsinghua University Engineering Laboratory whereby consumers can use blockchain-linked barcodes on products to validate whether they are organic, genuine and sustainably produced.

Van Kralingen, who grew up in SA, says most retailers can’t trace which farm or batch a contaminated product came from.

“Walmart is the best in the world at food recalls, but it takes it six days, 18 hours and 23 minutes to track a food item.

“On the blockchain it takes two seconds, so it’s immense in terms of stopping food spoilage, wastage, and brand reputation,” she says.

IBM claims that by using blockchain, the cost of the average product recall can be reduced by up to 80%.

Van Kralingen says IBM is already running several blockchain networks in SA, one of which is used to track diamond jewellery to make sure these luxury goods are ethically sourced.

Burgers on the blockchain: How tech can keep food safe – Bitcoin Magazine


Through its immutable data history, the blockchain delivers openness and transparency, from creation through to consumption, for the consumer.

In the case of arc-net, analysis of a DNA sample from an animal can provide key markers, such as country of origin. A digital copy of that DNA is attached to every item or product an organization creates, bringing traceability to the item level, rather than to an entire batch, thereby allowing businesses to track each item throughout every stage of the supply chain….