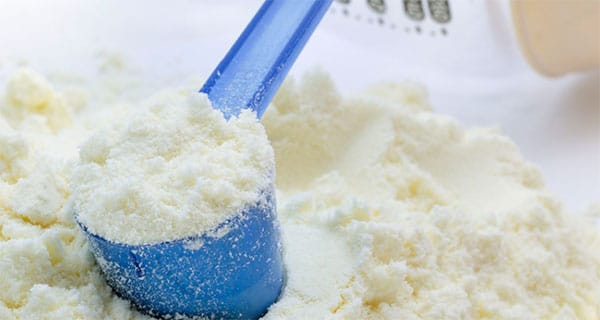 Parents and pregnant women globally are exposed to aggressive marketing for baby formula milk, according to a report launched jointly by two UN agencies this week.

How marketing of formula milk influences our decisions on infant feeding, the first report in a series by the World Health Organization (WHO) and the UN Children’s Fund (UNICEF).

It surveyed 8,500 parents and pregnant women and 300 health workers in cities across Bangladesh, China, Mexico, Morocco, Nigeria, South Africa, the UK and Vietnam. It is described as the most complete picture to date of mothers’ and health professionals’ experiences of formula milk marketing.

More than half of those surveyed acknowledged that they had been targeted by formula milk companies.

The report found not only that industry marketing techniques include unregulated and invasive online targeting, but also sponsored advice networks and helplines; offered promotions and free gifts; and influenced health workers’ training and recommendations.

The report underlines that the industry often delivers misleading and scientifically unsubstantiated information to parents and health workers and also violates the International Code of Marketing of Breast-milk Substitutes – a landmark public health agreement to protect mothers from aggressive marketing by the baby food industry.

Having surveyed 8,500 parents and pregnant women, and 300 health workers globally, the report found that exposure to formula milk marketing reached 84 per cent of all women surveyed in the United Kingdom; 92 per cent in Viet Nam and 97 per cent in China – increasing their likelihood of choosing formula feeding.

“False and misleading messages about formula feeding are a substantial barrier to breastfeeding, which we know is best for babies and mothers.” UNICEF Executive Director Catherine Russell

Across all countries surveyed, women expressed a strong desire to breastfeed exclusively that ranged from 49 per cent in Morocco to 98 per cent in Bangladesh.

Yet the WHO/UNICEF report details how a sustained flow of misleading marketing messages is reinforcing myths about breastfeeding and breast-milk, and undermining women’s confidence in their ability to breastfeed successfully.

Russell called for “robust policies, legislation and investments in breastfeeding” to protect women from unethical marketing practices and give them access “to the information and support they need to raise their families”.

Some of the myths around breastfeeding include the inadequacy of breastmilk for infant nutrition; that infant formula improves development or immunity; and that the quality of breast-milk declines with time.

Breastfeeding also acts as babies’ first vaccine, protecting infants against many common childhood illnesses while also reducing future risks of diabetes, obesity, and some forms of cancer in nursing mothers.

Despite these benefits, around the world only 44 per cent of babies less than six months old are exclusively breastfed.

While global breastfeeding rates have increased very little over the past two decades, formula milk sales have more than doubled in roughly the same time.

And alarmingly, the report notes that the baby feeding industry has approached health workers across all countries with promotional gifts, research funding and even sales commissions to influence new mothers on their feeding choices.

More than one third of women surveyed said that a health worker had recommended a specific brand of formula to them.

Following the report launch, WHO, UNICEF and partners called on governments, health workers, and the baby food industry to end exploitative marketing on formula milk.

They also appealed for the Code’s requirements to be fully implemented, including by passing, monitoring and enforcing laws to prevent formula milk promotion; investing in supportive breastfeeding policies and programmes, such as adequate paid parental leave; and banning health workers from accepting sponsorship from companies that market foods for infants and young children for scholarships, awards, grants, meetings, or events.

Formula milk and tobacco are the only two products for which international recommendations to prohibit marketing exist. In this case, through the International Code of Marketing of Breast-milk Substitutes.

In a statement on behalf of formula companies, the International Special Dietary Foods Industries (ISDI) said its members complied with all laws and regulations in the countries in which they operate.

“Our members support efforts by national governments to ensure compliance with all national laws and regulations. Our members are ready to work together with all stakeholders to support optimal infant health and well-being,” it added.

The WHO declined to comment on individual companies, and does not name them in the report, but said that there were no substantial differences between their practices.

However, an index compiled by the Access to Nutrition Initiative in 2021 found that some companies were more compliant with the code than others: for example, Danone’s marketing is 68% in line with the rules, and Nestle, 57%. However, three of the leading companies operating in China – Feihe, Mengniu and Yili – all scored zero.

Marie Chantal Messier, head of food and industry affairs at Nestle, said the company supports laws on the marketing of infant formula in all countries and has policies in place.

Danone said it complies with the WHO code as implemented in national legislation and has a strict global policy for marketing infant formulas which includes a ban on advertising or promoting formulas for children aged 0-6 months.

Mengniu declined to comment on the report while Yili and Feihe did not respond to requests for comment, notes Reuters.

External experts said that wider reform was needed to bring all companies, and countries, into line, as well as tougher punishments for those who break or skirt the rules.

Gerard Hastings, emeritus professor of marketing at the University of Stirling, Scotland, said regulators like the FDA should be more involved.

“We need to rethink how to actually make it (the code) work, so that it can be enforced much more strongly,” he told Reuters.

“These agencies really need to go back to the drawing board and think of infant formula products in the same way as you would think of drugs.”