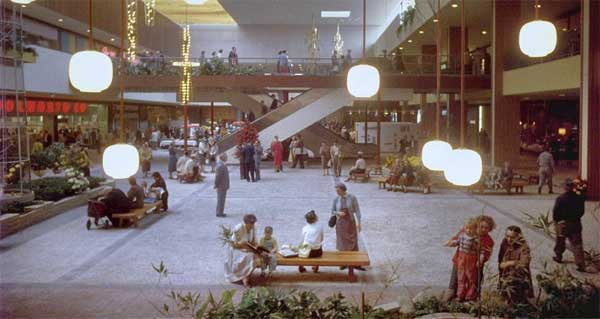 The ‘retail apocalypse’, as it’s been called, extends beyond Amazon; the industry is in flux. Retail futurist, Howard Saunders, was in Cape Town for the South African Council of Shopping Centres (SACSC) Annual Congress in September, and in his keynote titled ‘The future is scary,’ he delved into some of the shifts we’re experiencing in consumer mindset and retail brand innovation.

IT HAS BEEN a rough few years for the retail industry. Major US department stores JC Penney and Macy’s announced hundreds of store closures, while back home Nine West and Mango shut its stand-alone stores and we witnessed the death of the 159-year-old Stuttafords.

America’s shopping malls are in crisis, with 50% of them expected to close by 2023. In his Dead Mall Series filmmaker Dan Bell tours the country offering an interesting look into these once-bustling retail spaces that now lie mostly abandoned.

It was the financial crisis of 2007 that marked a change in thinking that brought about what Saunders dubs ‘The ME age’: “We watched the banks collapse; we no longer trusted them or the government. We wanted to rebuild and we wanted a new way of doing things.

He said that the ‘ME age’ is the death of mediocrity. Customers want the product, not a product. This sky-rocketing of our expectations as consumers has given way to the rise in bespoke, customised products and personalised experiences.

In this age, if you’re not talking directly to your consumer in a way that’s relevant to them, they’re not interested.

Saunders noted that big brands like Starbucks and Cadbury’s are not scared of other big brands, they’re scared of the artisans.

McDonald’s isn’t worried about what Burger King is doing, it’s worried about the owner-run salad bar on the corner. Small-scale producers, whether in coffee, cheese, chocolate or leather goods, are having their moment.

“It’s David and Goliath time folks. These big brands know that what’s eroding their sales is the artisan revolution. You tour the little factory, you see it being made, you taste it and you talk about it.”

The rise of food markets

Tying into the popularity of artisanal goods is the rise of markets. According to Saunders, the number of food markets in the US has increased five-fold, from approximately 10,000 to 50,000. But what is their appeal if they’re not necessarily known for their speed or efficiency?

“They’re real,” he said, a far cry from the dull and detached atmosphere of one’s average food court. “You see them making stuff and you want to connect with them. They’re smart entrepreneurs full of energy and they’re happy to serve you. It’s a food revolution.”

In the age of online retail, we’re no longer venturing out in search of ‘stuff’, instead we expect it to come to us. This begs the question: what do we do with physical stores?

Saunders said they need to become brand playgrounds – engaging spaces with immersive experiences that make customers feel like they’re part of a community. The new retail space needs to morph from a warehouse to more of an interactive social venue.

As an example, in New York’s Meatpacking District the Samsung 837 building boasts an event space, café and hi-tech theatre, but there isn’t a Samsung product available to purchase.

And in London, Dyson offers a museum-like experience where customers are able to see how products are designed and tested.

“By the time you’ve made your way through this new retail space, you’ve fallen in love with the brand. This is the new retail.”

“Stores are dead because they store things. We don’t want to walk around your warehouse of neatly packaged products. We want a playground, we want to learn and have fun. We want social spaces, food halls, markets, brand playgrounds.

“That’s what retail is about, it’s for our communities. It’s all about connection now.”